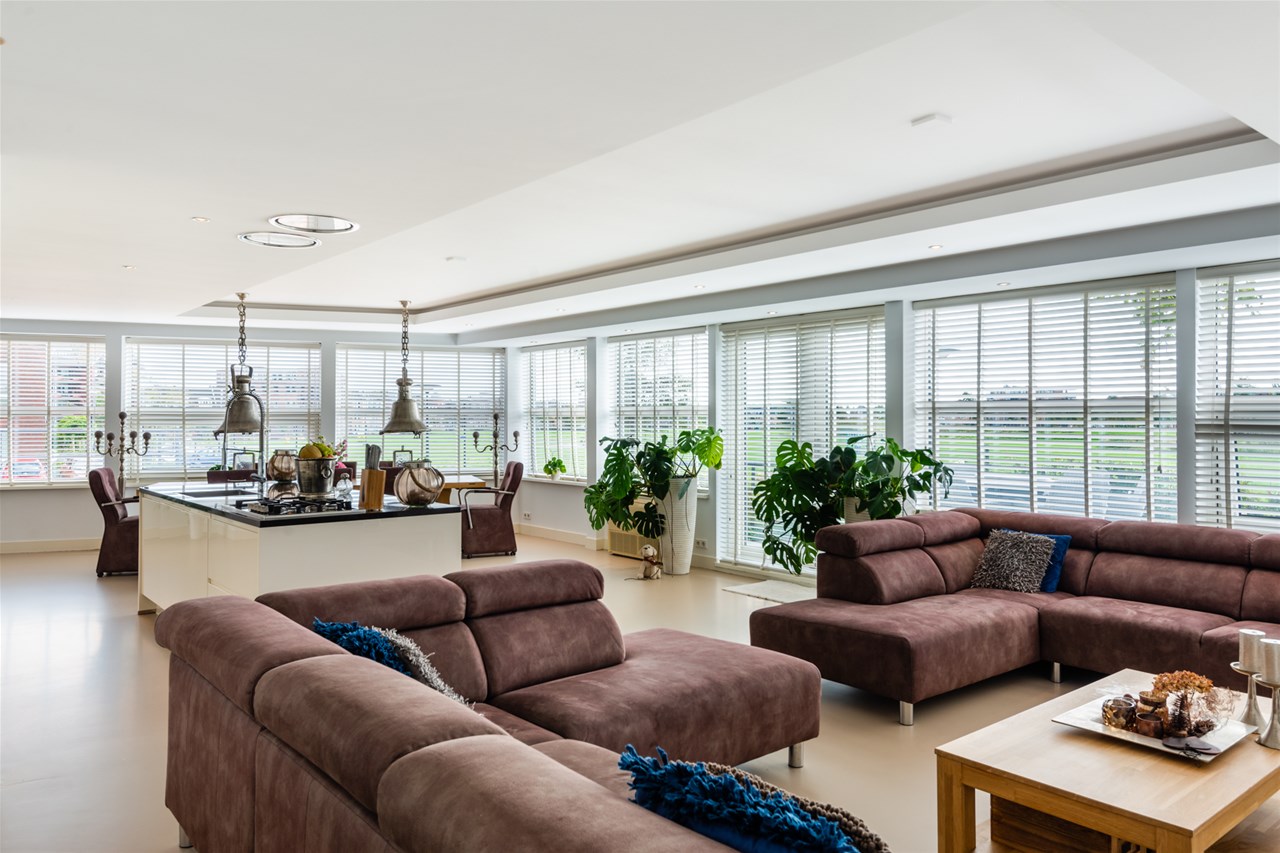 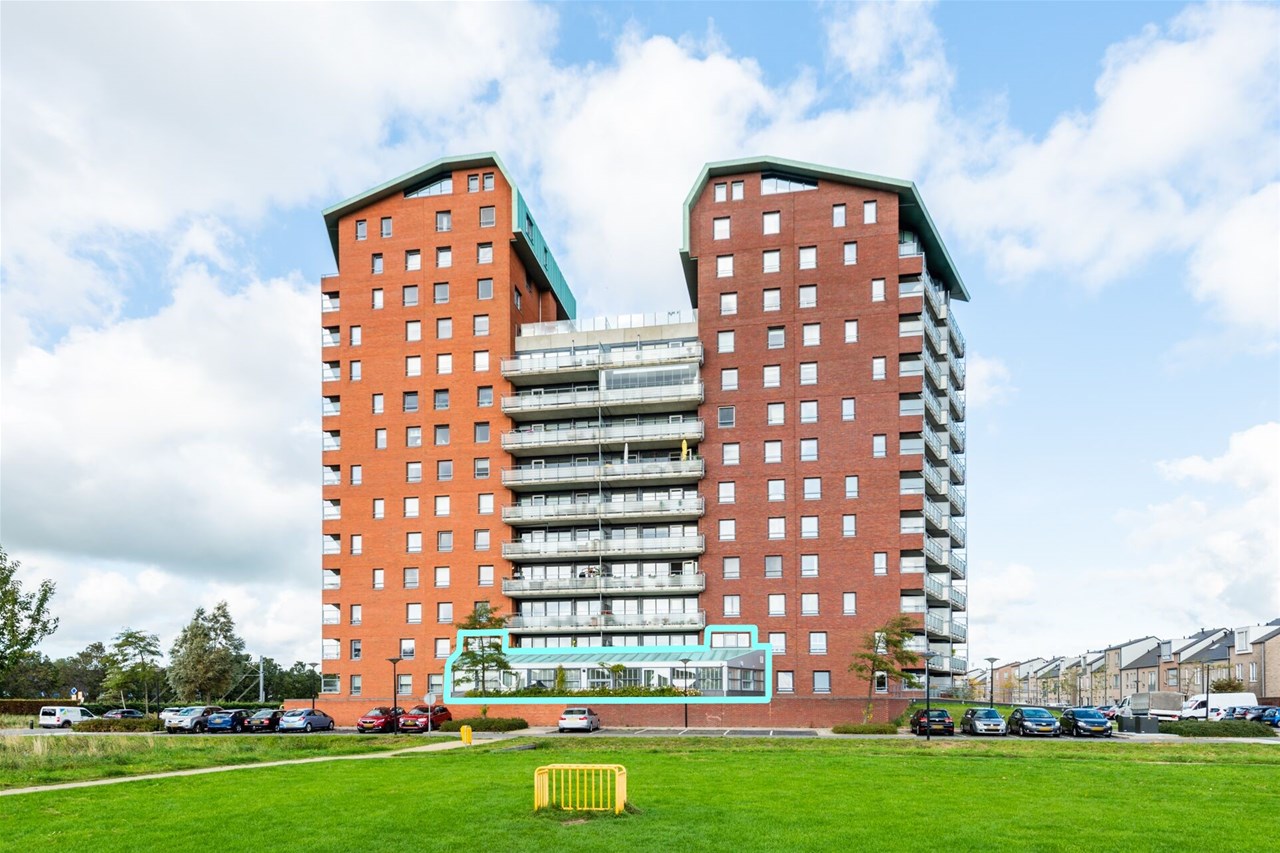 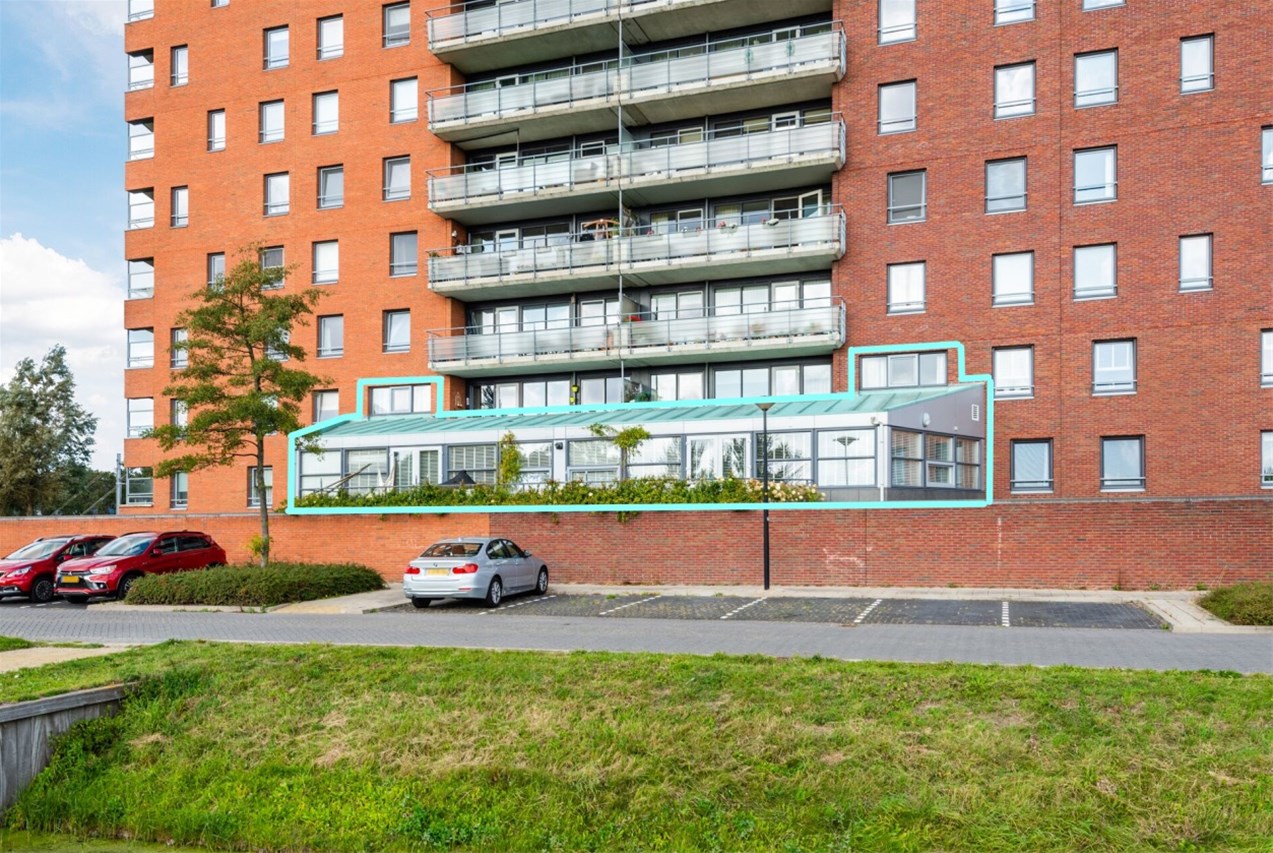 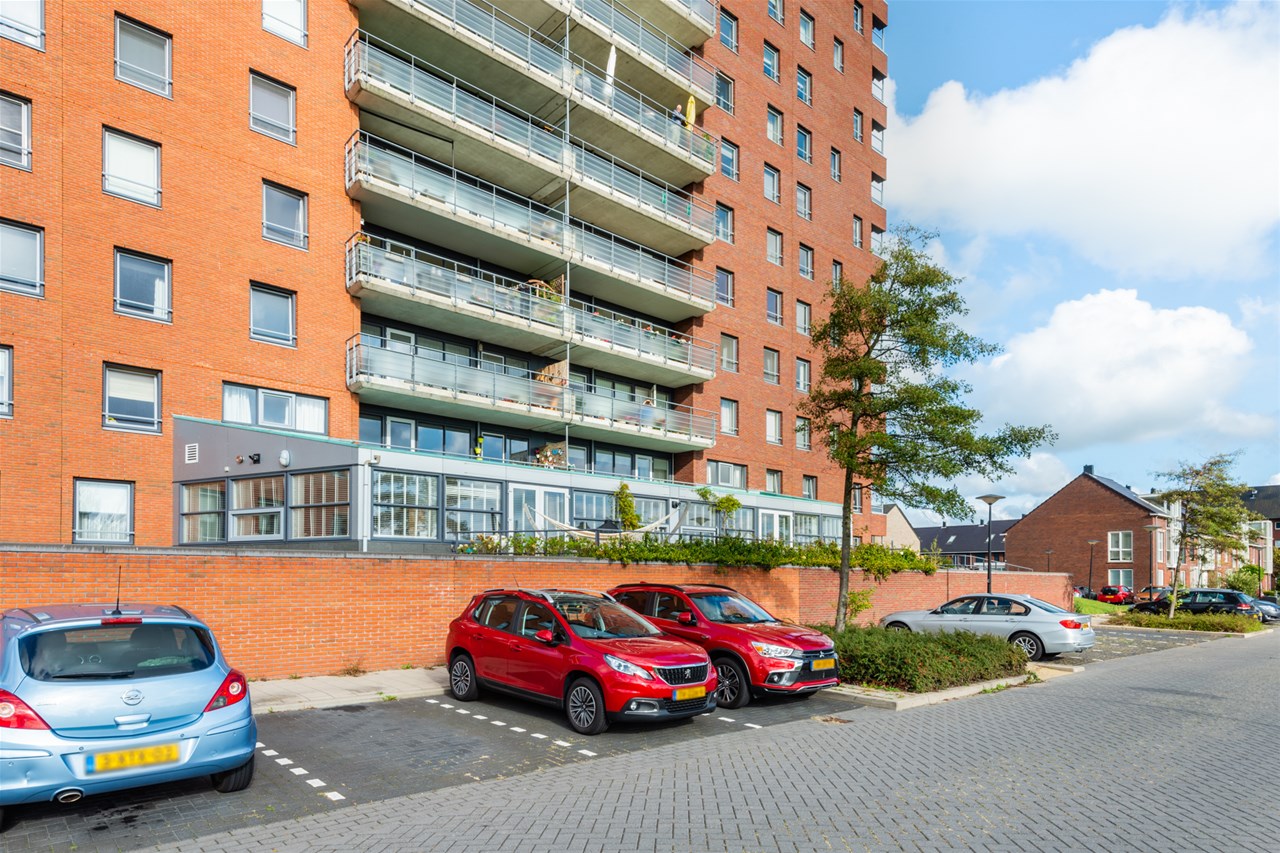 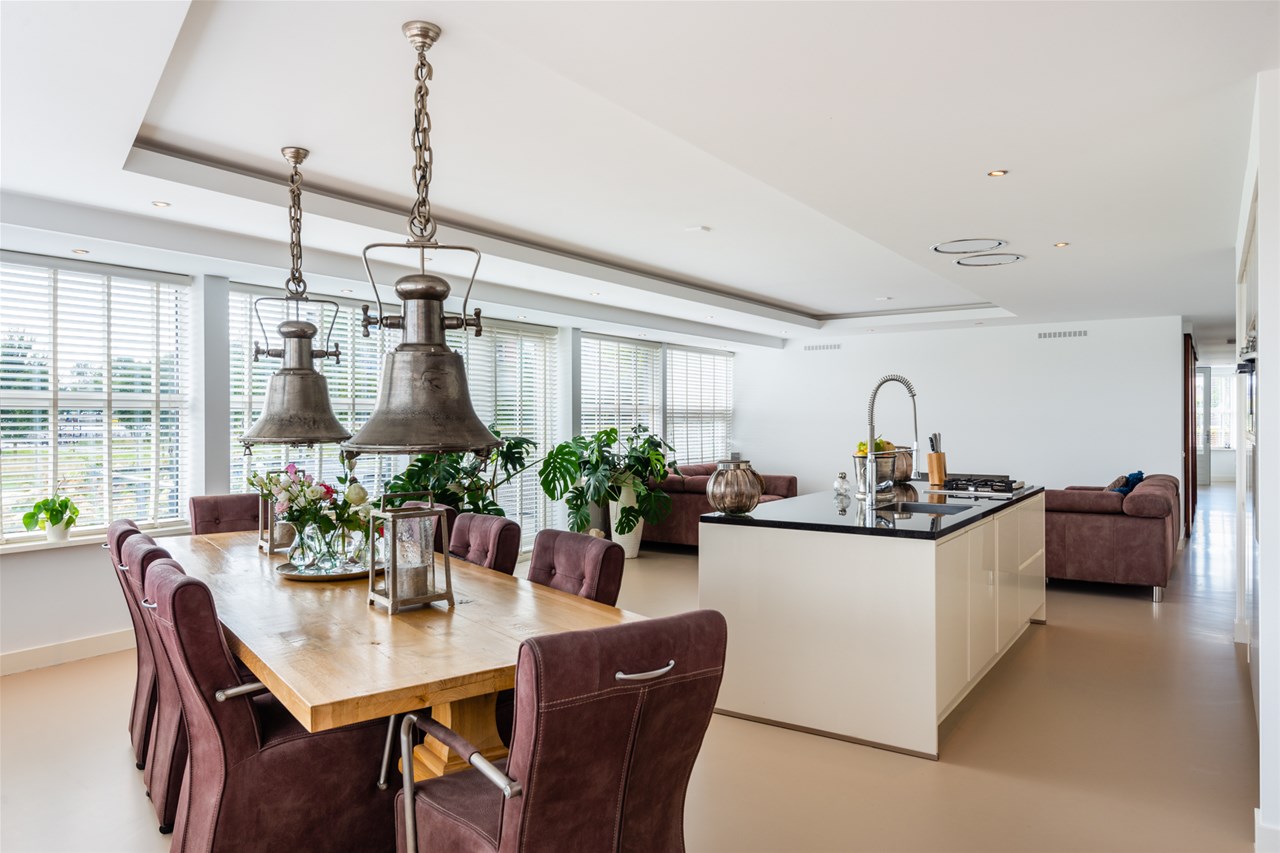 Always wanted to live with a wide view over a park? Right now, this is possible in this recently renovated luxury home on the first floor of Residence Du Pantalon!

The property consists of peace, space and comfort. Because of the many windows, this home has a lot of natural light and therefore also a fantastic (permanent) view of the lively park Vlaskamp.

In addition to a modern open kitchen with island, the house has several beautiful details, such as a very low-maintenance insulated polyurethane cast floor with modular floor heating, wide tunnel gas fireplace, multi-split air conditioning/heating and also a very spacious and luxurious bathroom.

The layout of this unique object also contains a contemporary spaciously designed walk-in closet, which is almost indispensable in a luxury home like this.

The house can be occupied on the ground floor and has a huge and cozy roof terrace of no less than 63 m2 for a beautiful summer day!

The property is accessible via both portals of the flat through its unique mirrored arrangement. A possible split was already taken into account during the renovation.

You can easily get rid of the car via the two lifts, which are accessible below.

The property is located in an excellent location close to various facilities. The supermarket, the Citadel Broekpolder and Heemskerk train station are within walking distance. By bike you are within a few minutes in the center of Heemskerk and Park Assumburg. Furthermore, the A9/A22 motorways are easily accessible. You can reach Haarlem or Alkmaar by car in about 20 minutes and Amsterdam within 25-30 minutes.

Layout: Entrance with meter cupboard, hall with toilet and stairs to the loft / bedroom. Very spacious kitchen with cooking island and various electrical appliances and walk-in into the spacious and bright living room with doors to the roof terrace, access to the master bedroom annex bathroom with rain shower, bathtub and separate toilet and doors to the roof terrace, office / bedroom, hall with stairs to loft / bedroom, walk-in closet wall to wet room / laundry room / storage room with Remeha Calenta CV installation and back door.

Heemskerk is an attractive town with much to offer. The name Heemskerk was first recorded in a document dating from 860, although it was already inhabited in pre-historic times. Those with a love of history can indulge themselves in medieval castles, ancient churches and other monuments. The Heemskerk dunes are a paradise for both walkers and cyclists. The Marquette estate, the numerous meadows, and a belt of parks and ponds make Heemskerk a green heart in the northern Randstad. And all this is but a 15-minute train ride from Alkmaar and Haarlem and less than half an hour from Amsterdam Central station.