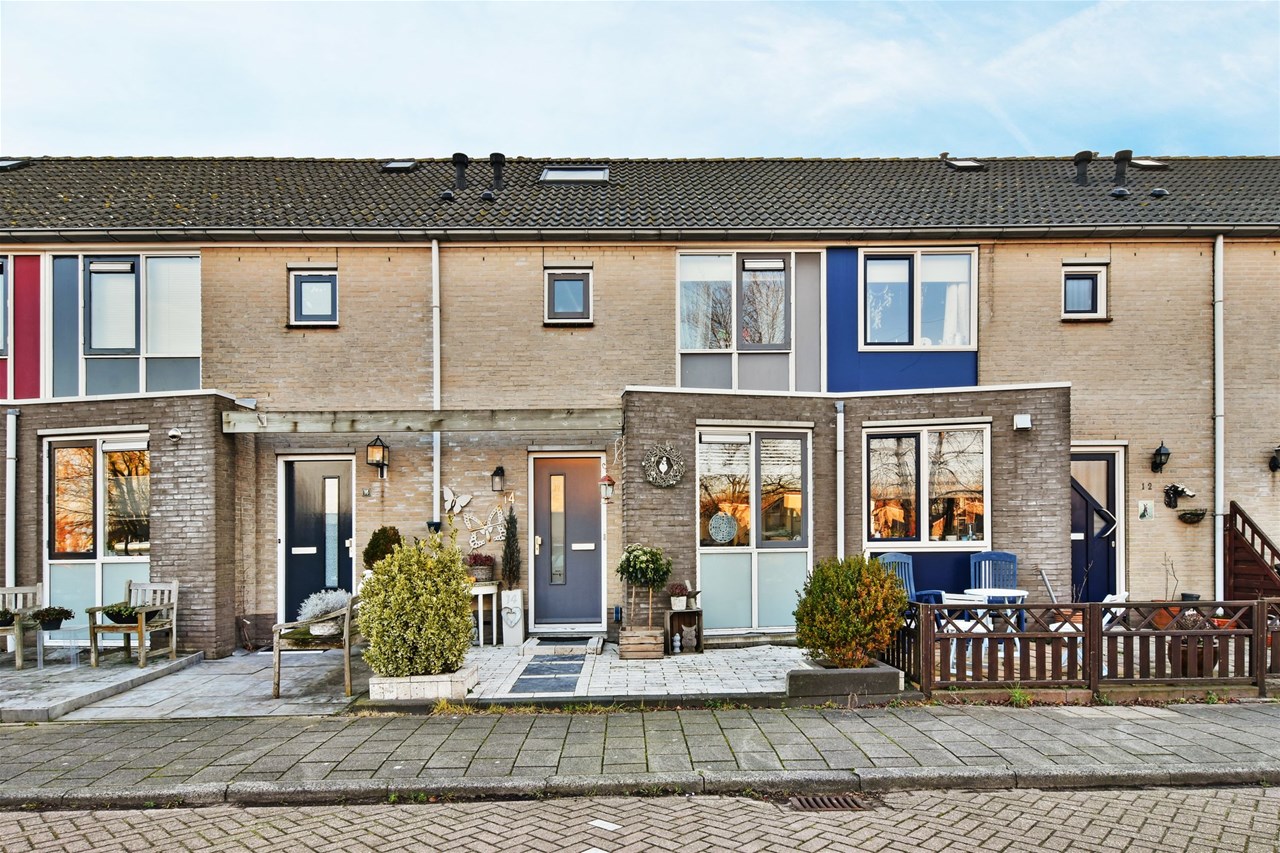 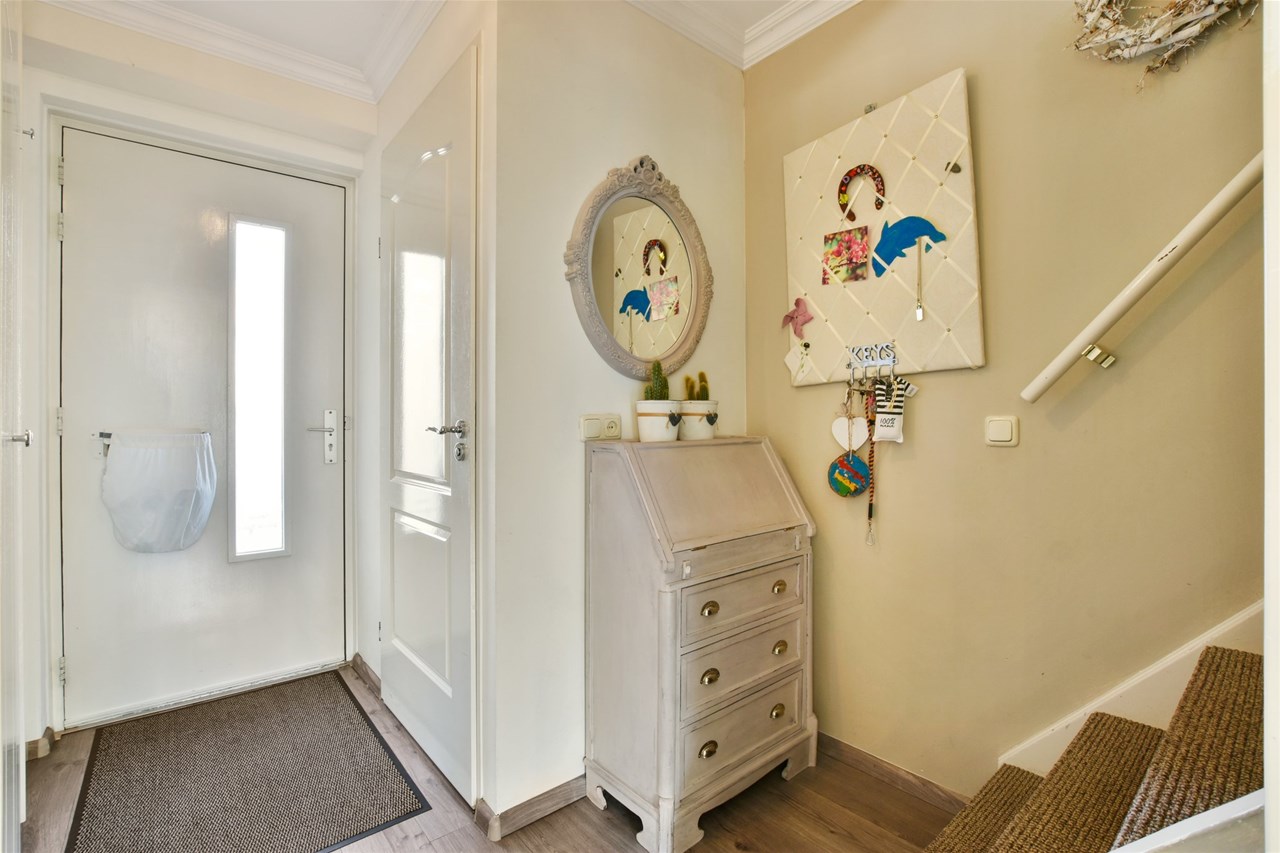 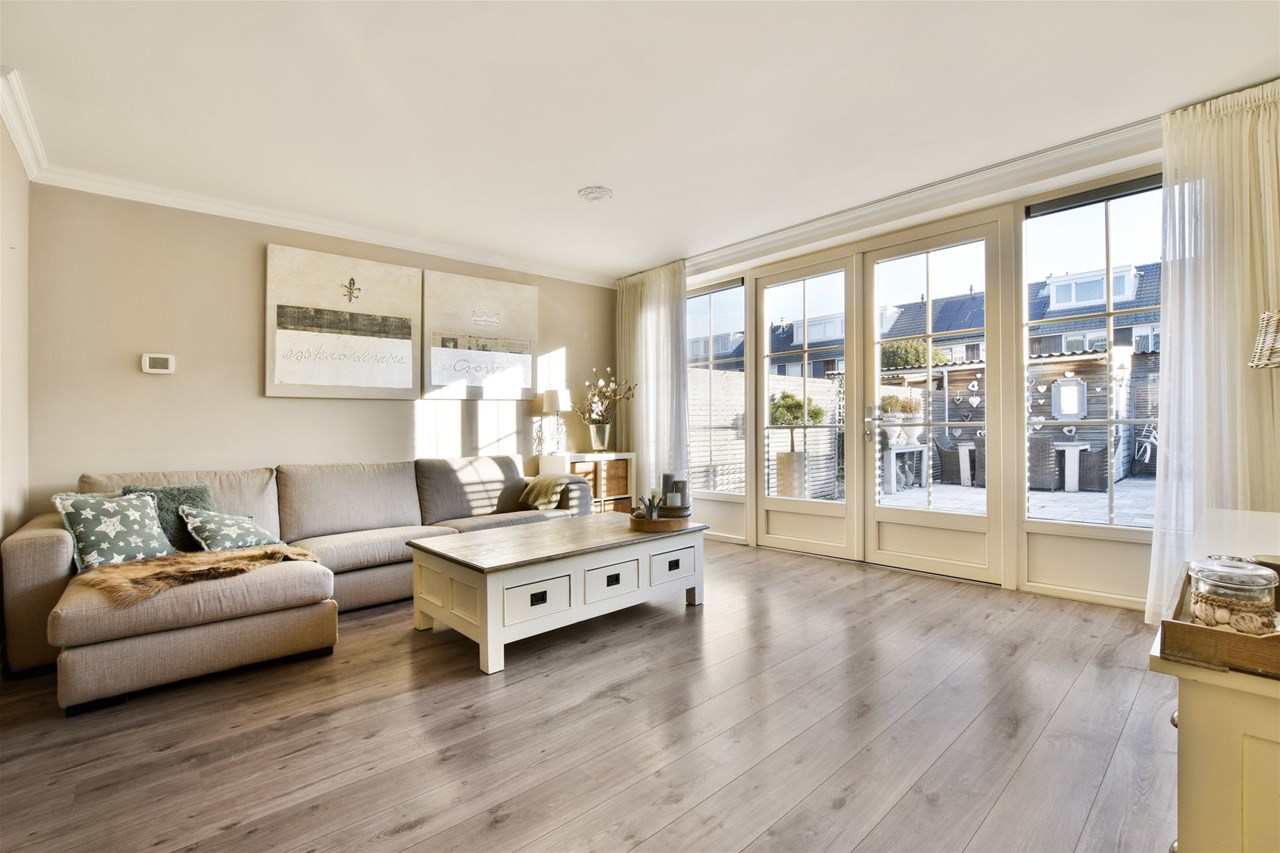 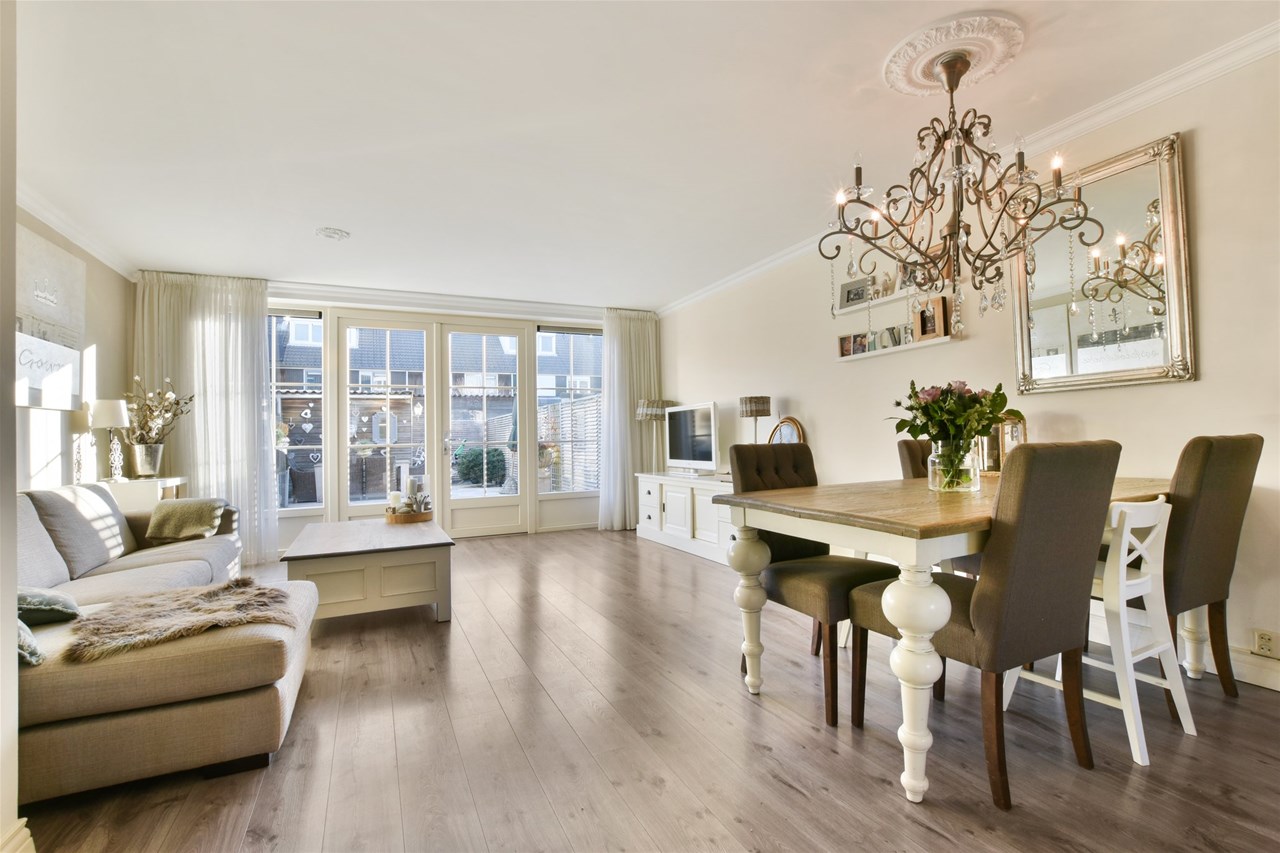 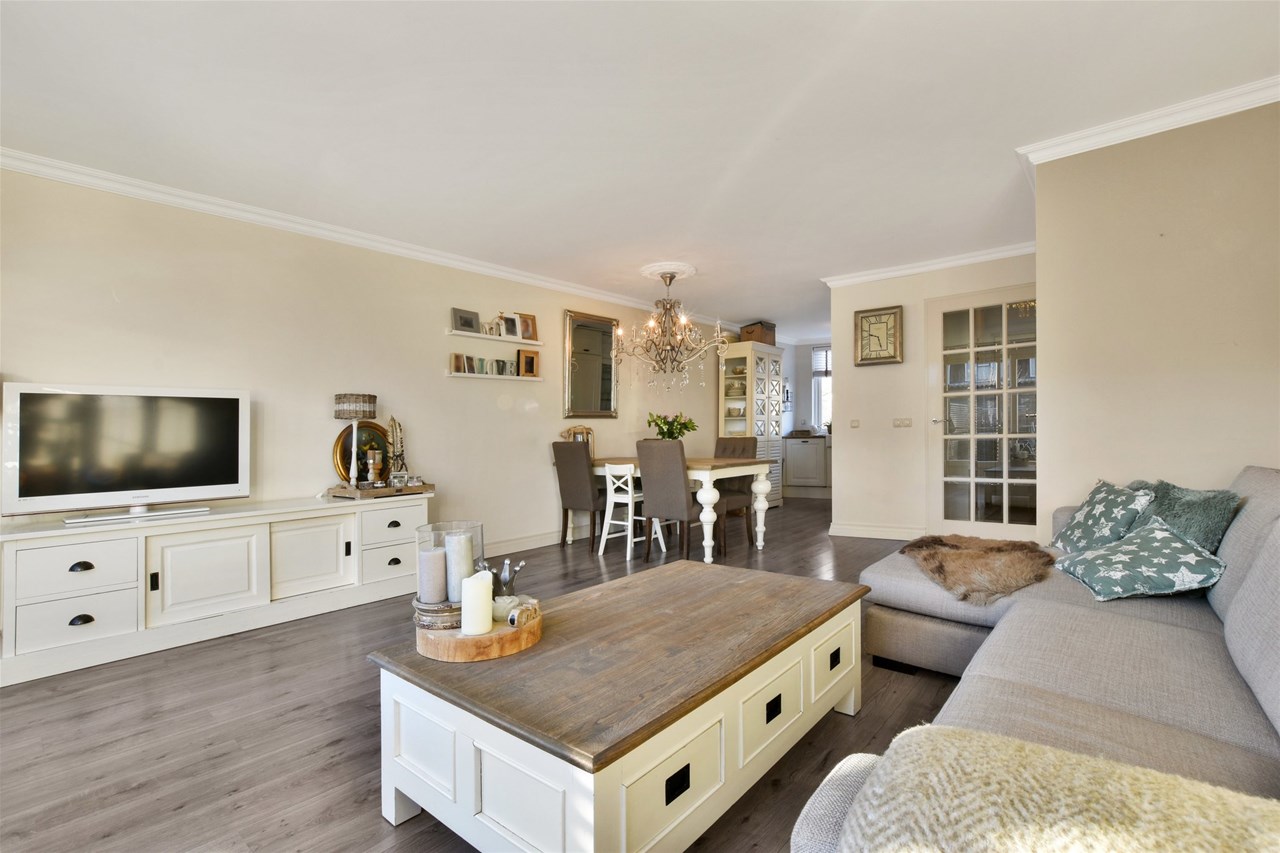 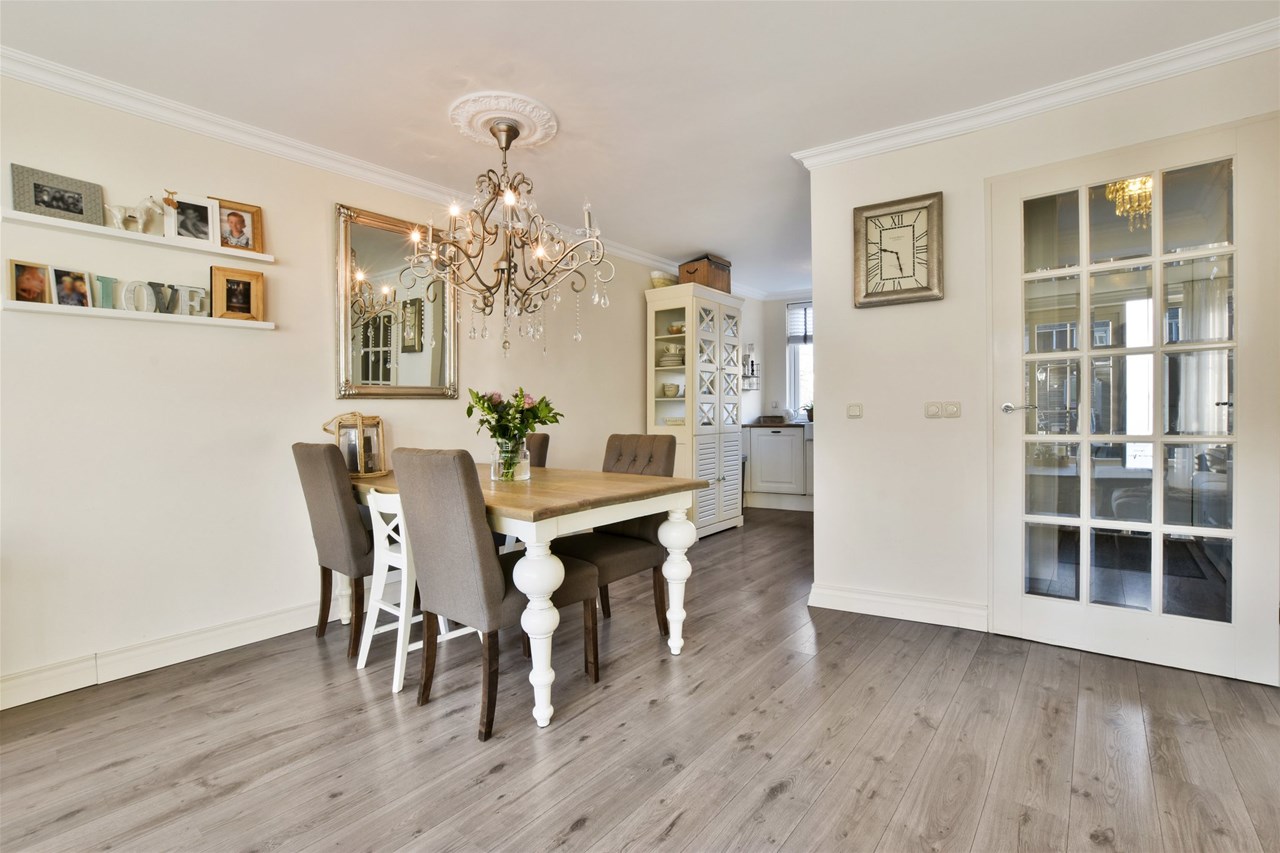 This well maintained and attractive single family home with spacious garden is located on a dead end street in the center of Oostzaan. The house is located in the popular and child-friendly residential area "Kolksloot" with ample parking and within walking distance of playgrounds, a primary school, various shops, sports fields and nature and recreation 't Twiske. In addition, public transport and the roads to Amsterdam, Zaandam and Purmerend are within a short distance.
Pack and move!


LAYOUT:
Ground floor: entrance hall, toilet with fountain, meter cupboard and stairs to the first floor. Light and cozy living room and doors to the garden. The open kitchen on the street side is set up in a corner, in neutral colors and equipped with various appliances.
First floor: landing, master bedroom with walk-in closet at the rear, (children's) bedroom at the front and neat bathroom with a bath, shower, sink and toilet.
Second floor: room with connections for the washing machine, dryer and installation of the boiler and spacious bedroom with dormer.


This information has been compiled by us with due care based on data from the seller (and / or third parties). On our part, however, no liability is accepted for any incompleteness, inaccuracy or otherwise, or the consequences thereof. If you are interested in the property, we advise you to contact our office or to have your own NVM broker assist you. All specified sizes and areas
Read full description

Oostzaan is a municipality and a town in the Zaanstreek in the province of North Holland. Oostzaan, Westzaan and Assendelft are considered the "mother towns" of the Zaanstreek (the region around the river Zaan), of which they are the three oldest towns. Oostzaan also played a role in the VOC and WIC shipping and shipbuilding during the Golden Age of the Netherlands. In the Oostzijderveld area of Oostzaan stands a windmill, De Windjager (The Wind Hunter).