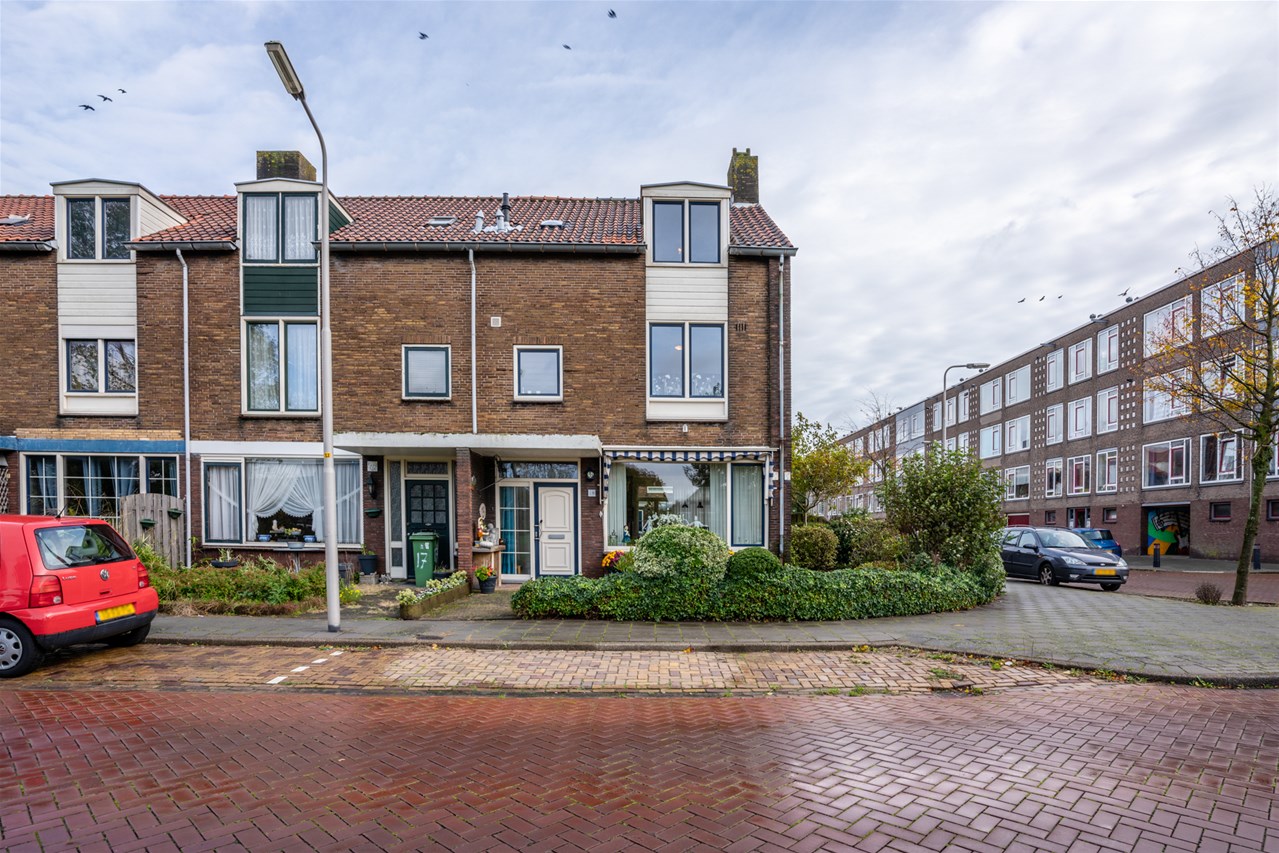 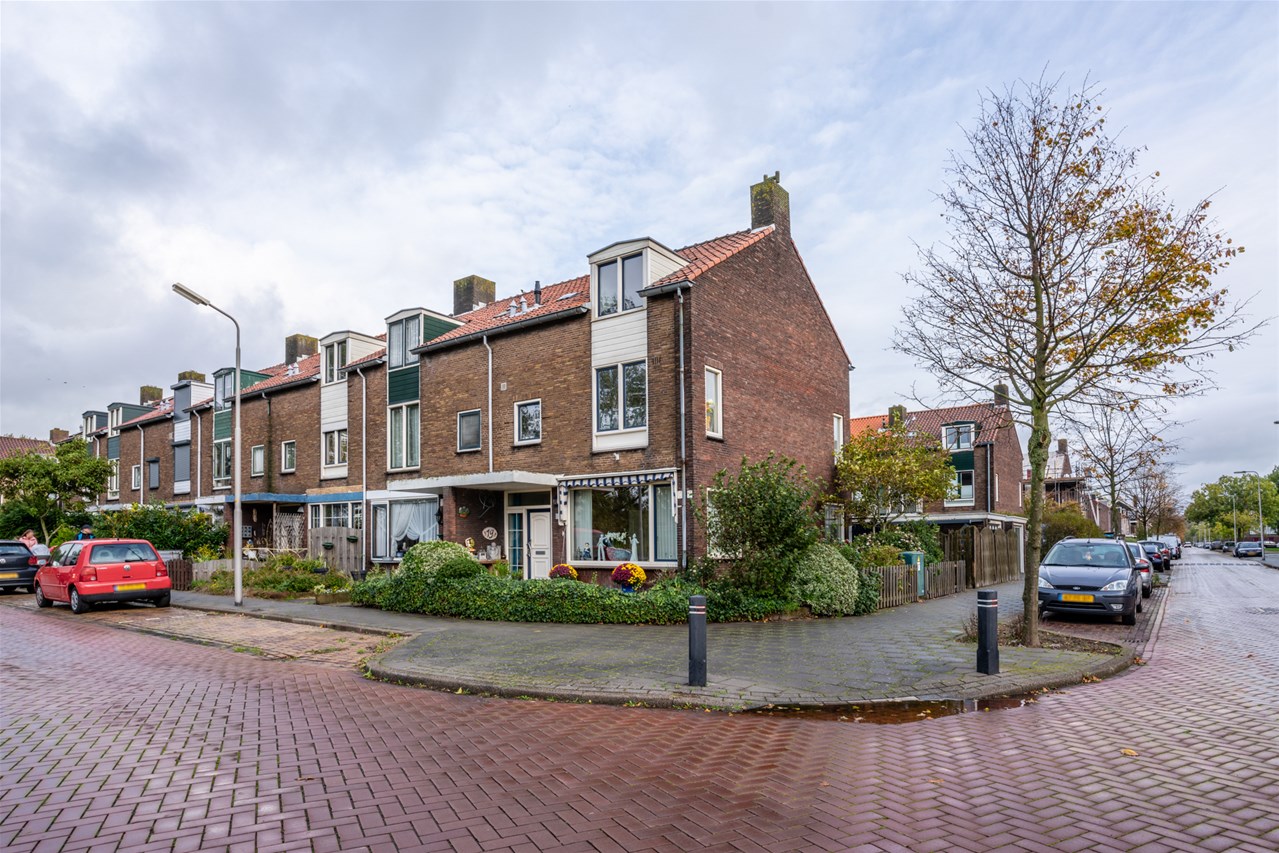 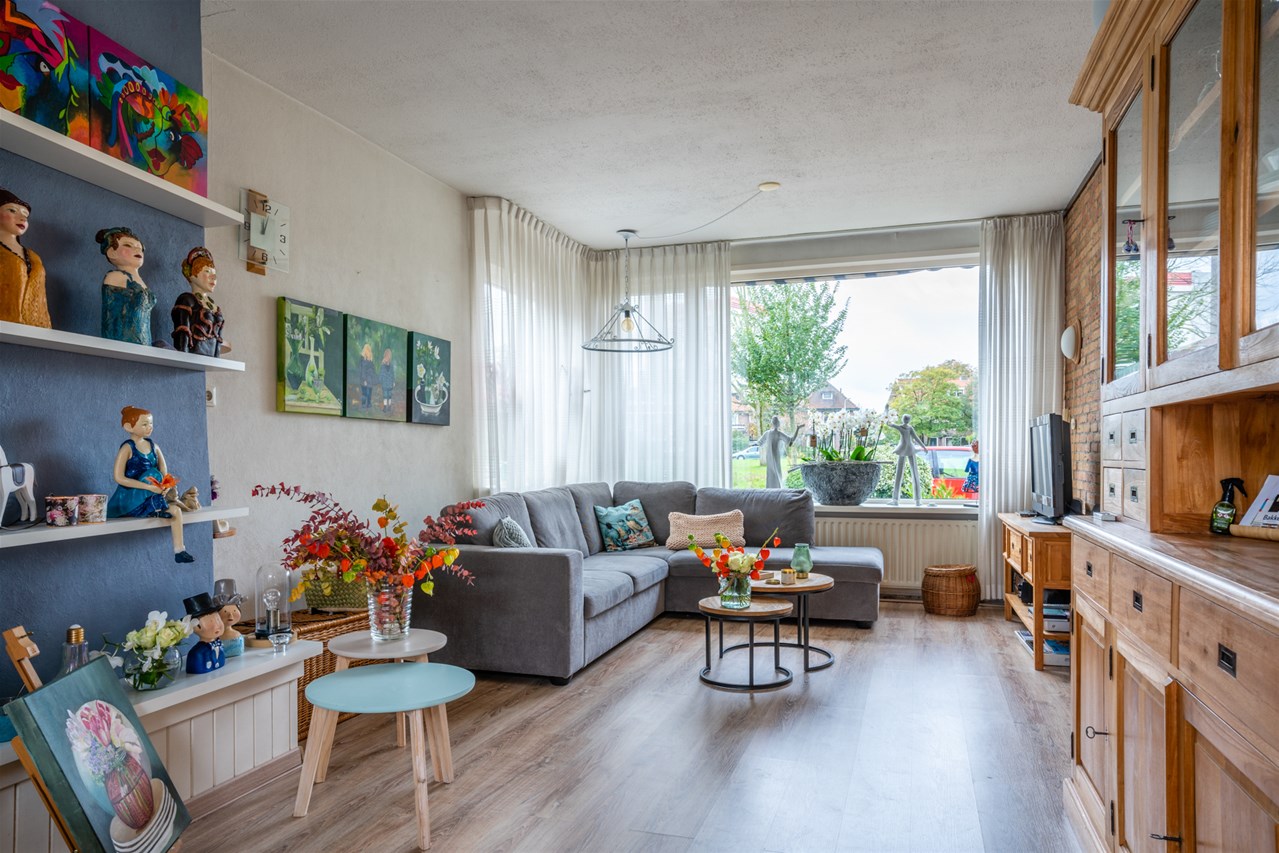 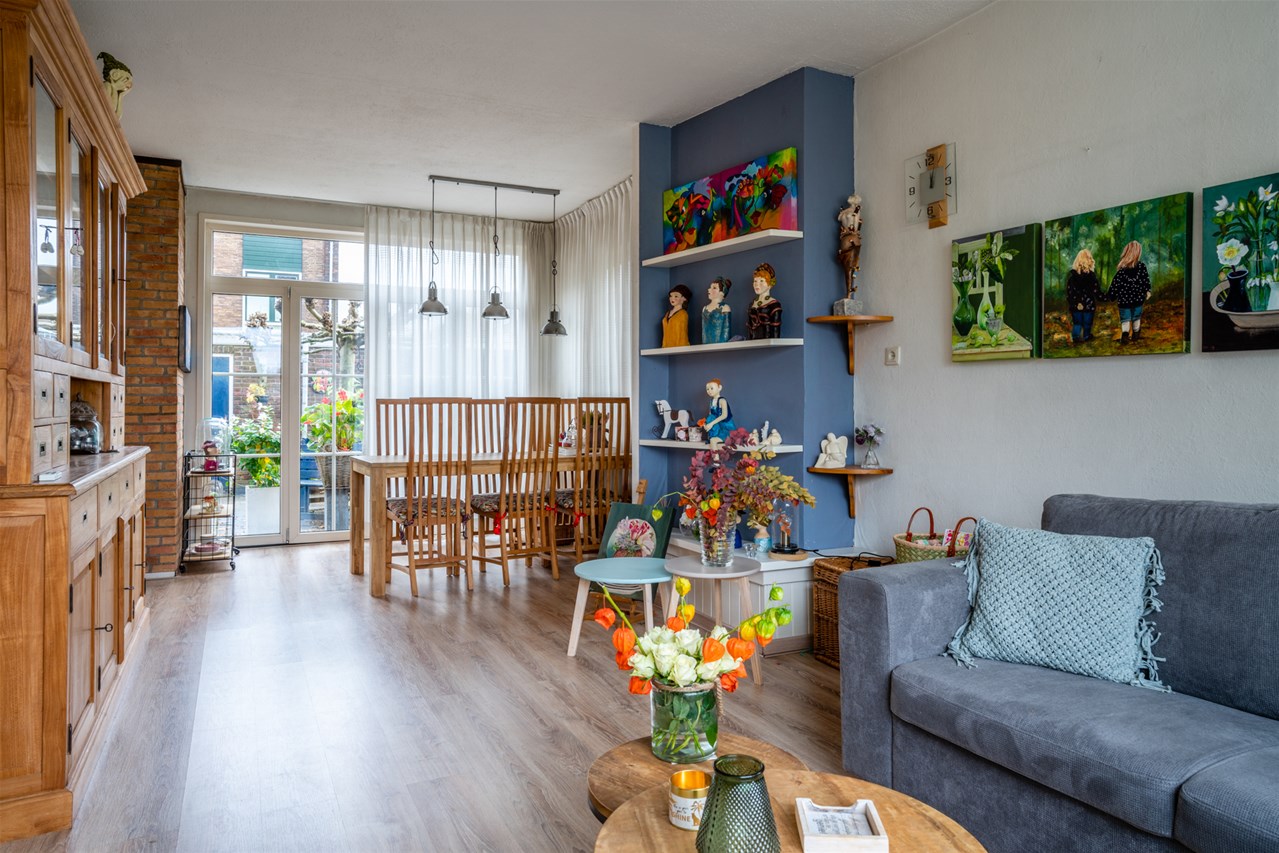 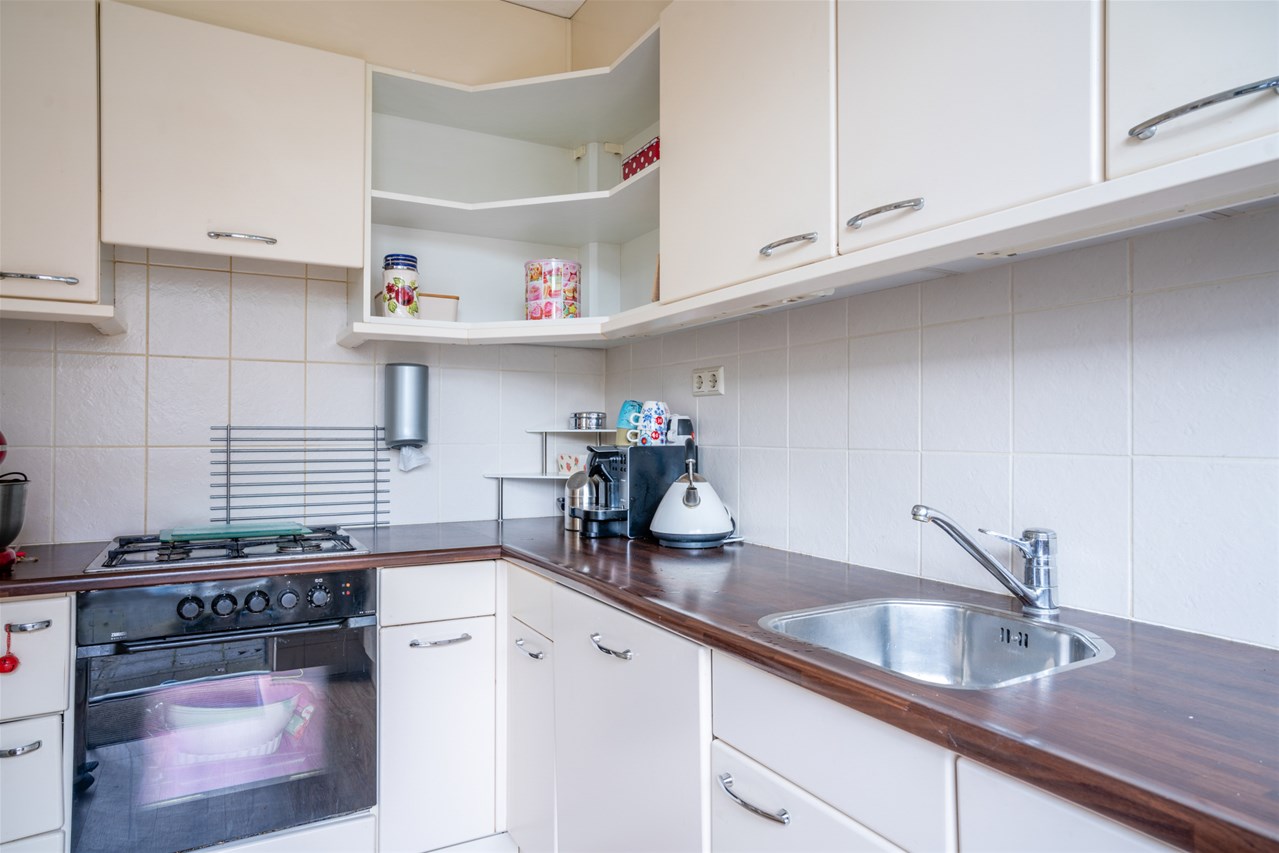 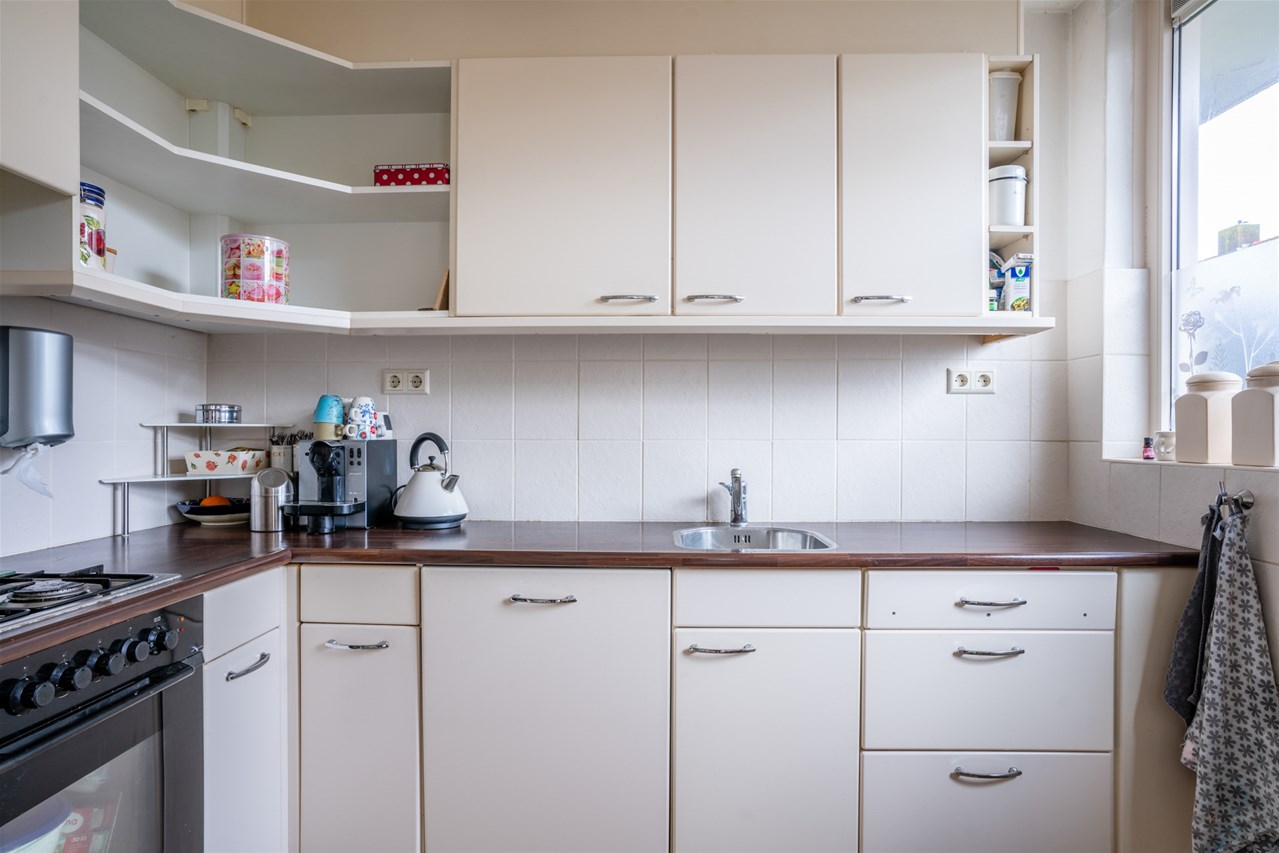 Very spacious CORNER house with GARAGE and no fewer than five bedrooms!

This well-kept corner home has a lot of space not only on the three floors but also in the front, side and back garden. The back garden with garage located north-east.

Layout: Entrance, hall with meter cupboard, basement cupboard and toilet. Close semi-open kitchen with door to the back garden. Spacious and especially bright living room with double doors to the back garden and a wide view over the park at the front (with a new construction plan in the future).

First floor: Landing with second toilet, two very spacious bedrooms with fitted wardrobes and a third bedroom with balcony at the rear, as well as a bathroom with shower and sink.

- Year of construction: 1956
- Usage area living space: 132 m²
- External outdoor area 24 m² (garage)
- Content: 473 m³
- Land area: 228 m²
- Near roads and within cycling distance of the NS station Beverwijk
- Fully equipped with double glazing
- Ask for the impression of the new construction to be realized at the site of De Schouw
- Acceptance in consultation (is possible in the short term)

Interested in this house? Call in your own NVM buying broker immediately. Your NVM buying agent stands up for your interest and saves you time, money and worries. You can find addresses of fellow NVM purchase brokers on Funda.
Read full description

Velsen is located on both sides of the North Sea Canal. In the 19th century, the original village of Velsen was split in two by the construction of the North Sea Canal. The towns of Velsen-Zuid and Velsen-Noord were created. A part of the old village was demolished by the construction of the canal. Velsen has an old city centre with the Engelmunduskerk. This church was founded around 700 and is one of the oldest churches in the Netherlands. In the 13th century, the church was extended with a chapel and a tower of brick by the Lords of Brederode.

In the 17th and 18th centuries, the Velsen area was very popular among affluent Amsterdammers. They built several outside houses there, including Landgoed Beeckestein and Velserbeek. A small part of the old village still exists, including the church and several monuments.