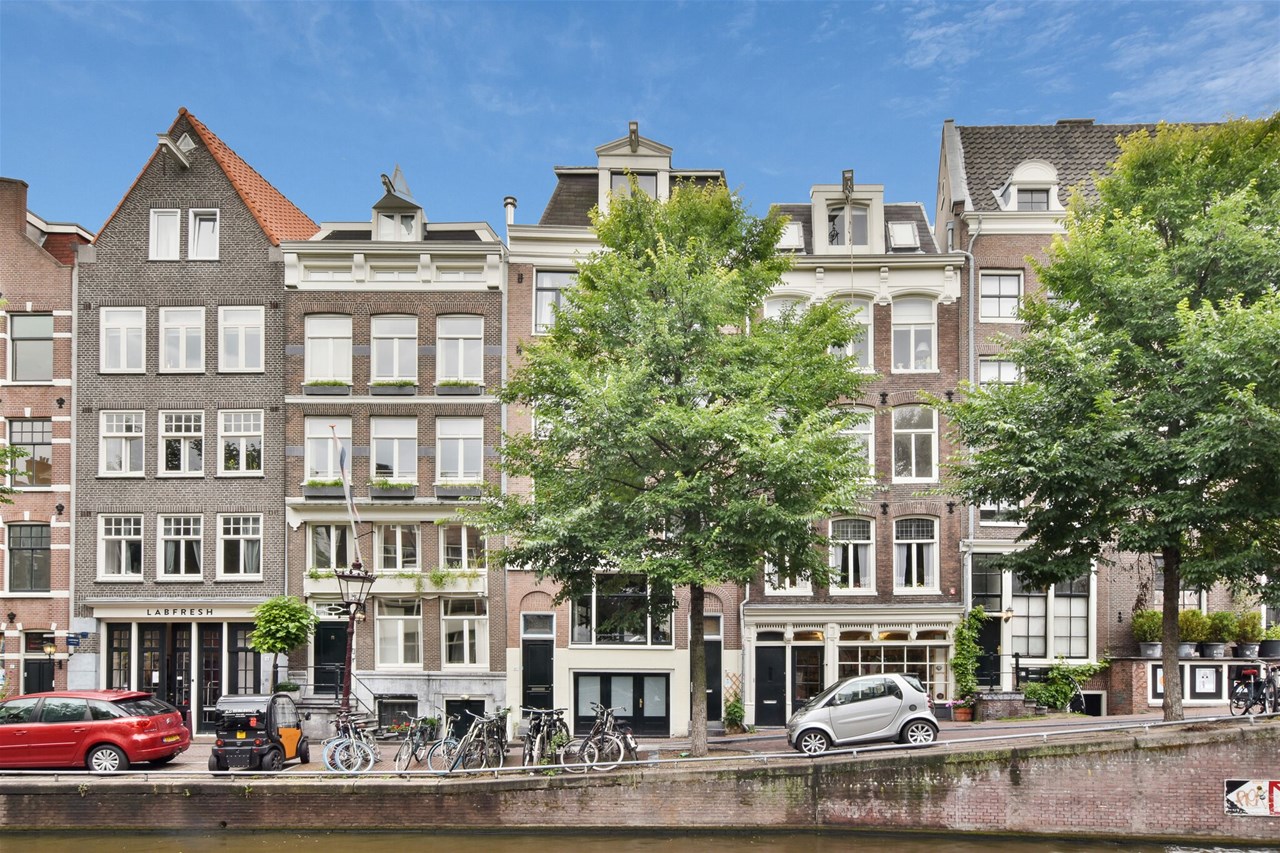 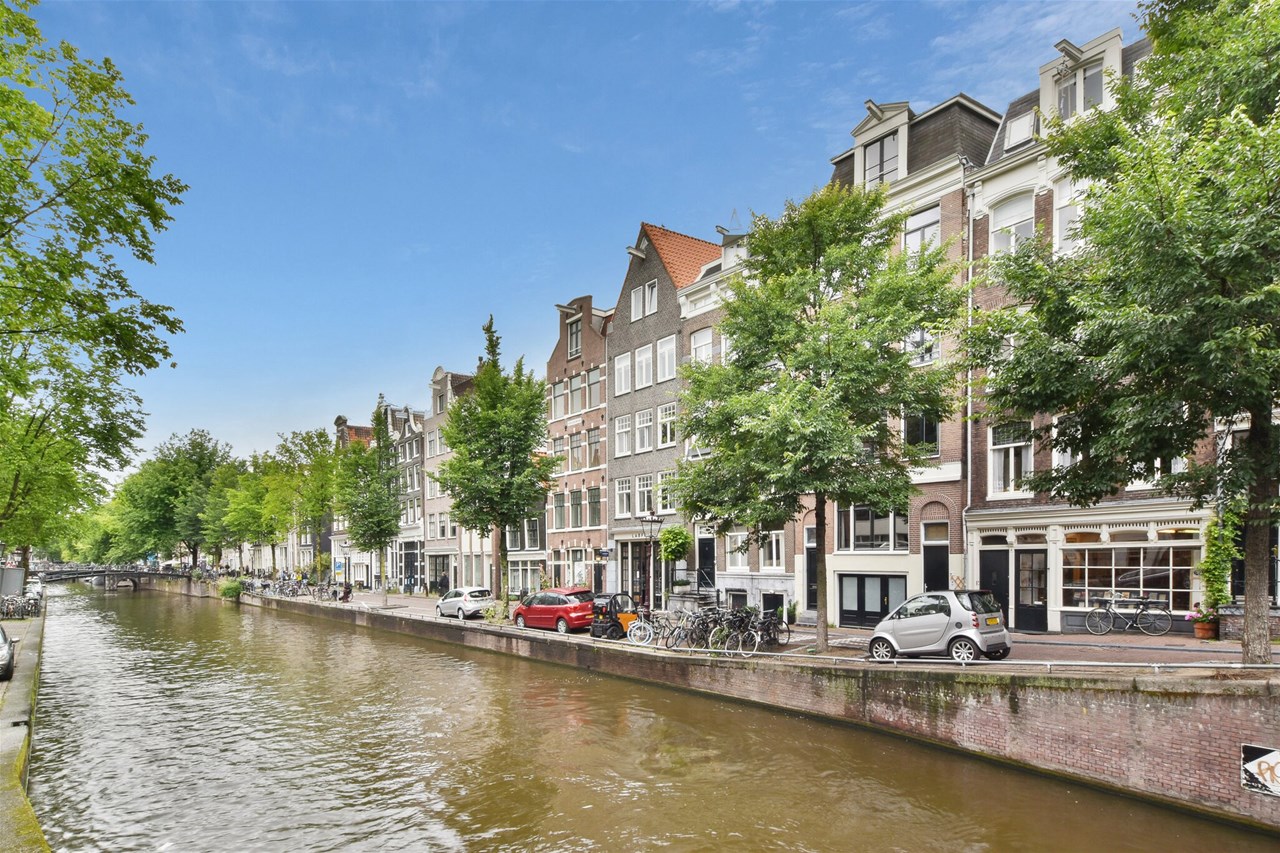 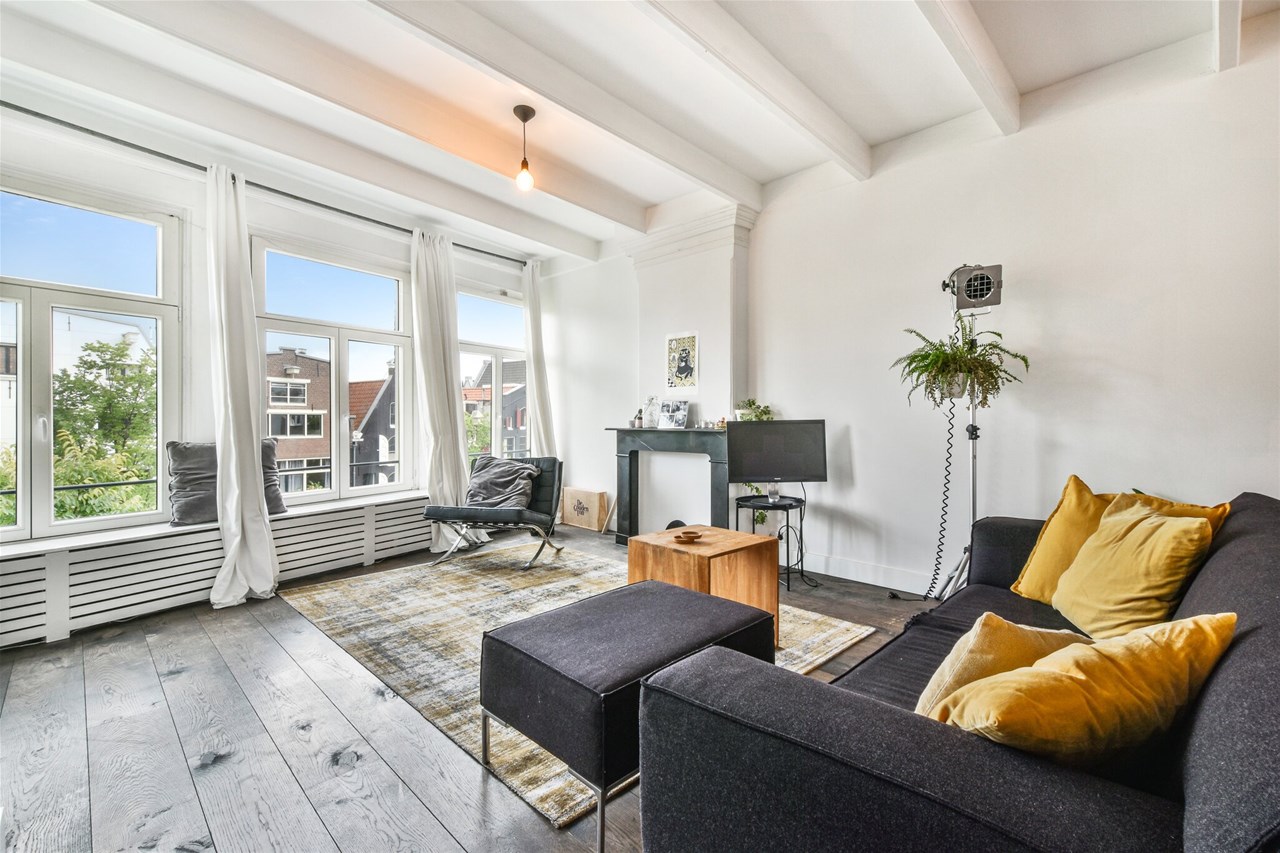 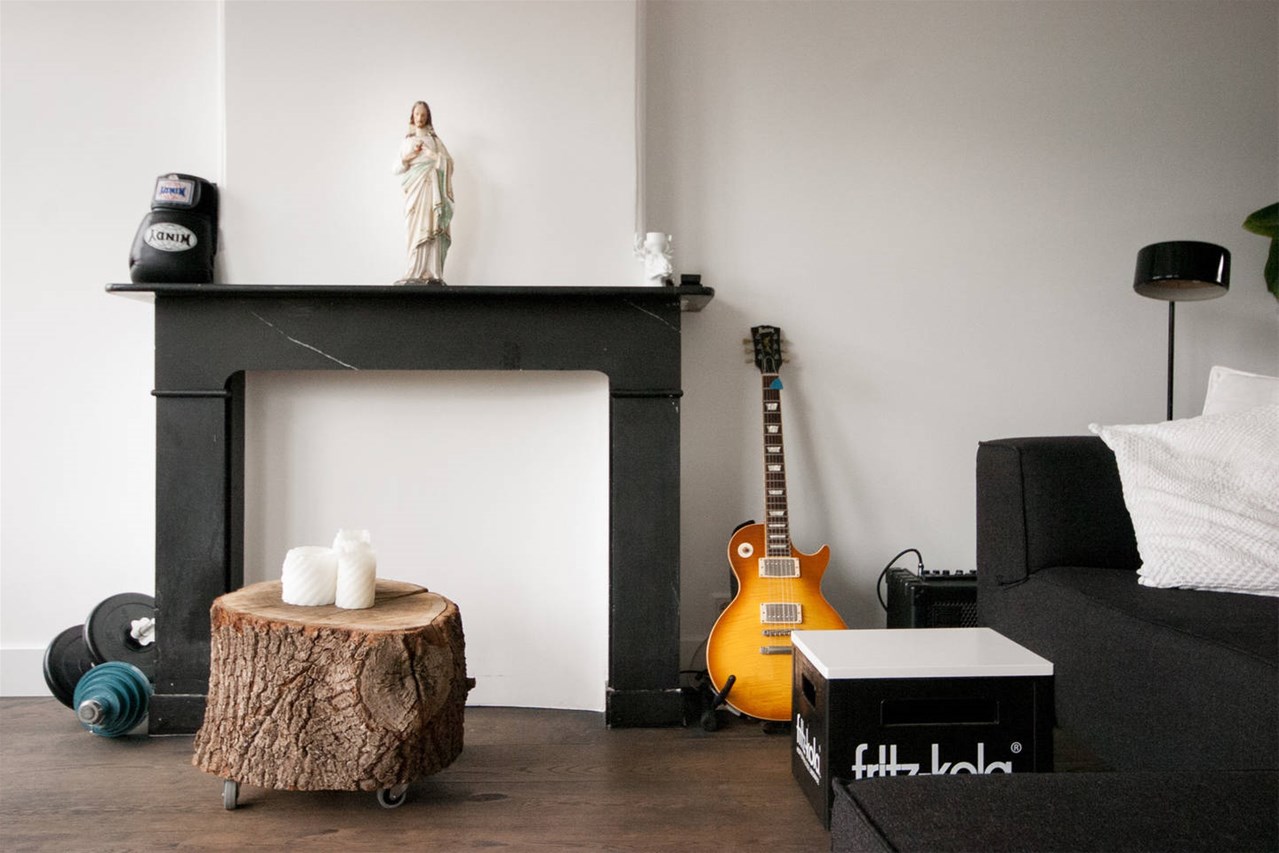 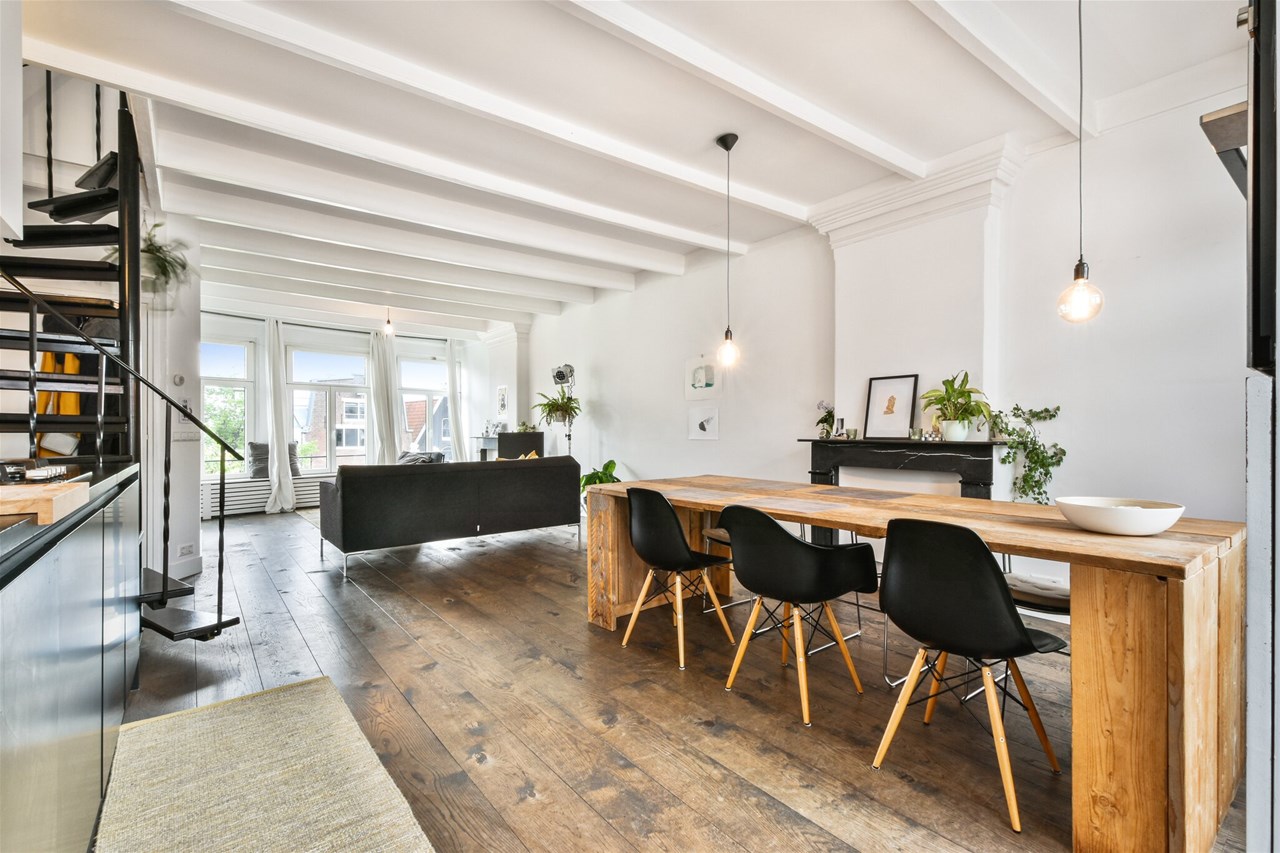 Insanely nice upper house on one of the most beautiful canals in Amsterdam. About 91 m2 of living space, high ceilings, lots of light and 2 spacious bedrooms on OWN GROUND!

With this TOP LOCATION you will enjoy the view that makes all your friends jealous. This double floor apartment is located on the 3rd and 4th floor (no upstairs neighbors) of the building, which consists of 4 apartments.
The apartment was completely renovated in 2015 and is in excellent condition. Characteristic are the high ceilings on both floors, wooden floors, the plastered walls and the visible ceiling beams and truss. With the 3 windows (double glazing. Turn / tilt) on the canal, a wonderful seating area has been created on the radiator housing, which, with its sunny south location, almost seems like an alternative outdoor space.

Location
Very centrally located, near the Singel canal in the cozy Haarlemmerbuurt. Within walking distance of Central Station, Noordermarkt / Jordaan and a very diverse range of shops in the Haarlemmerstraat and - Dijk. Enjoy the bustling vibe and the many restaurants and terraces that can all be found in the immediate vicinity. Take a breath of fresh air on the boulevard along the IJ river, the Westerpark just a kilometer away, you will never be bored here.

Layout:
Via the steep but stylish communal staircase the entrance on the 3rd floor, which gives direct access to the living room (approx. 45 m2).
Open kitchen with appliances and a retro Smeg refrigerator.
From the living room a spiral staircase to the top floor, with landing, separate WC, boiler / laundry room, luxury bathroom with skylight, with washbasin and walk-in shower. On either side is a spacious bedroom, partly equipped with fitted wardrobes.

Haarlemmerbuurt is a long drawn-out area between the Jordaan and the West Islands. The Haarlemmerstraat is the most important part of this neighbourhood as it is a well-known shopping area in Amsterdam. The Haarlemmerbuurt stands out for its mix of living, working and recreational area.