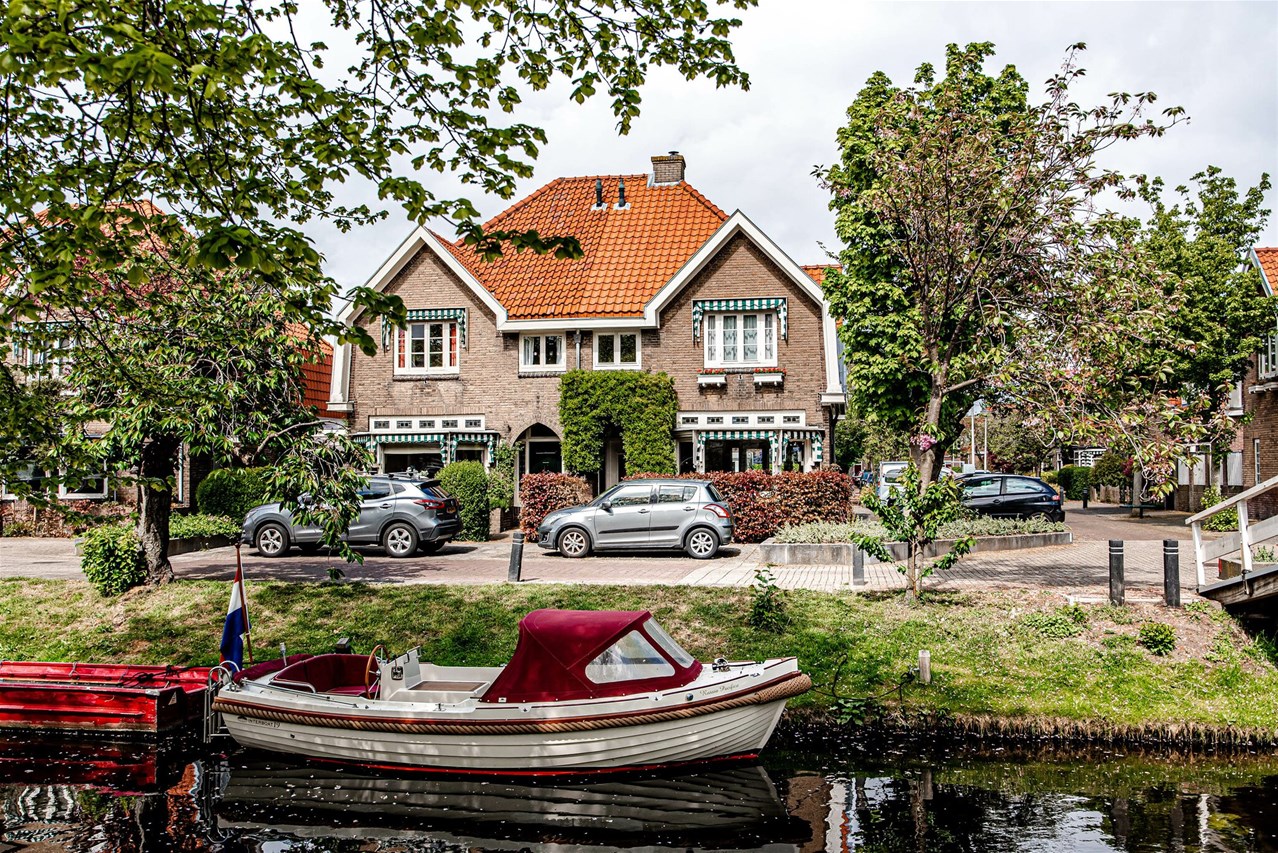 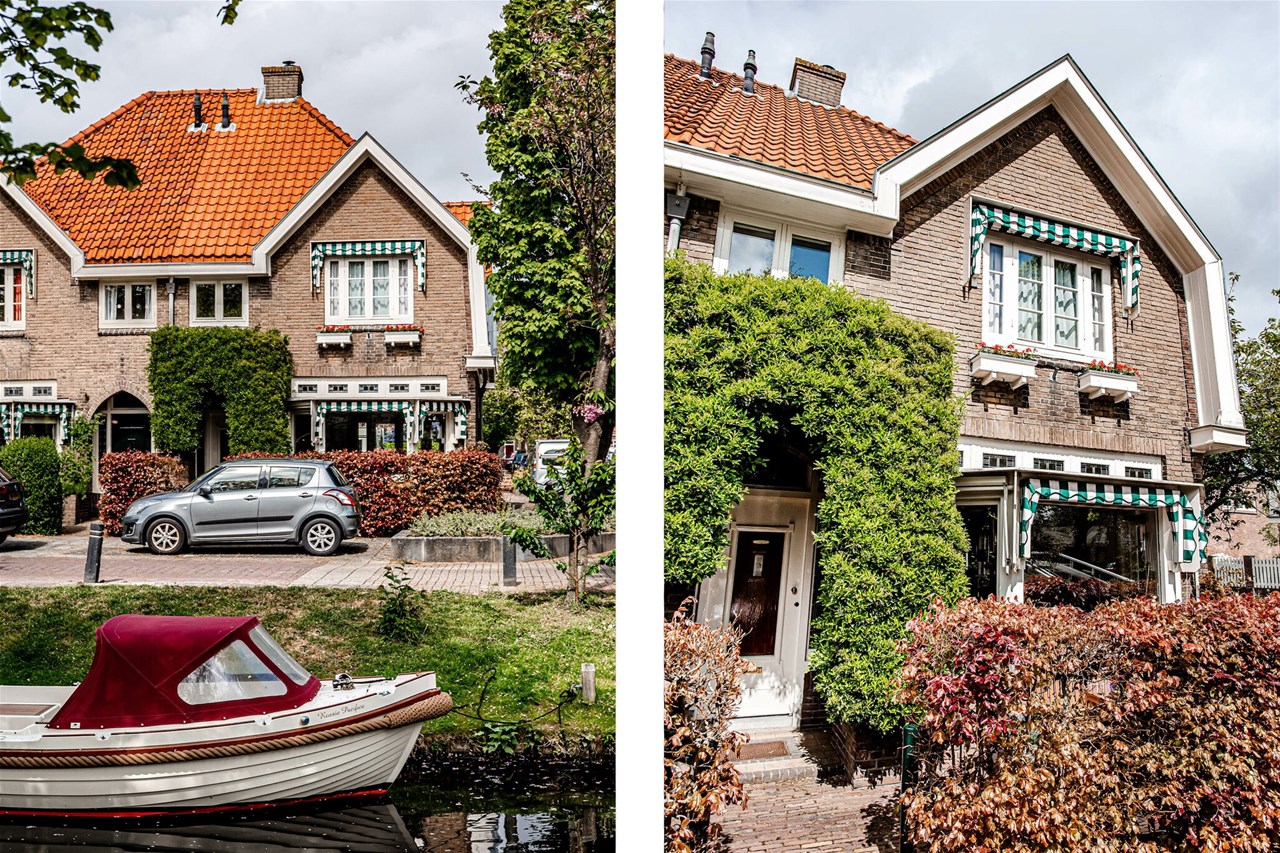 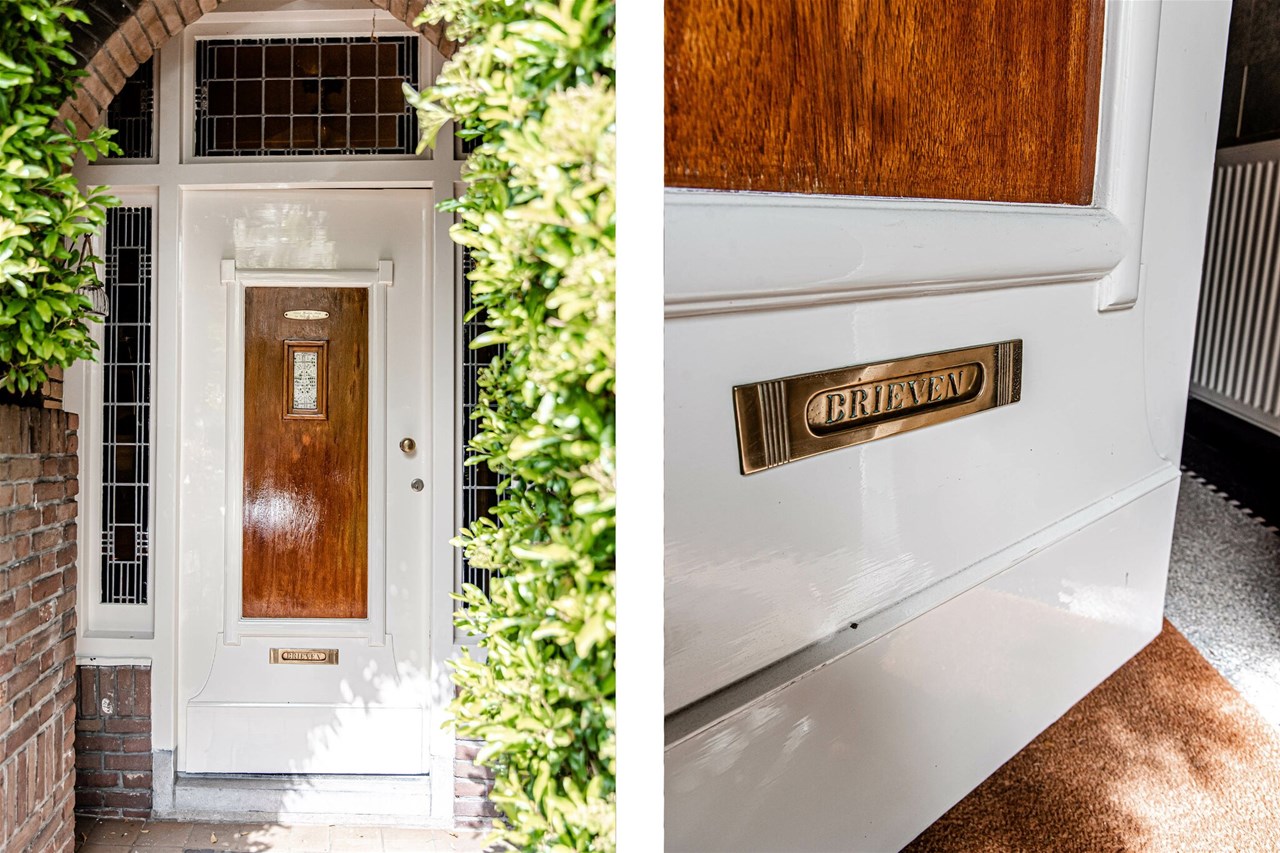 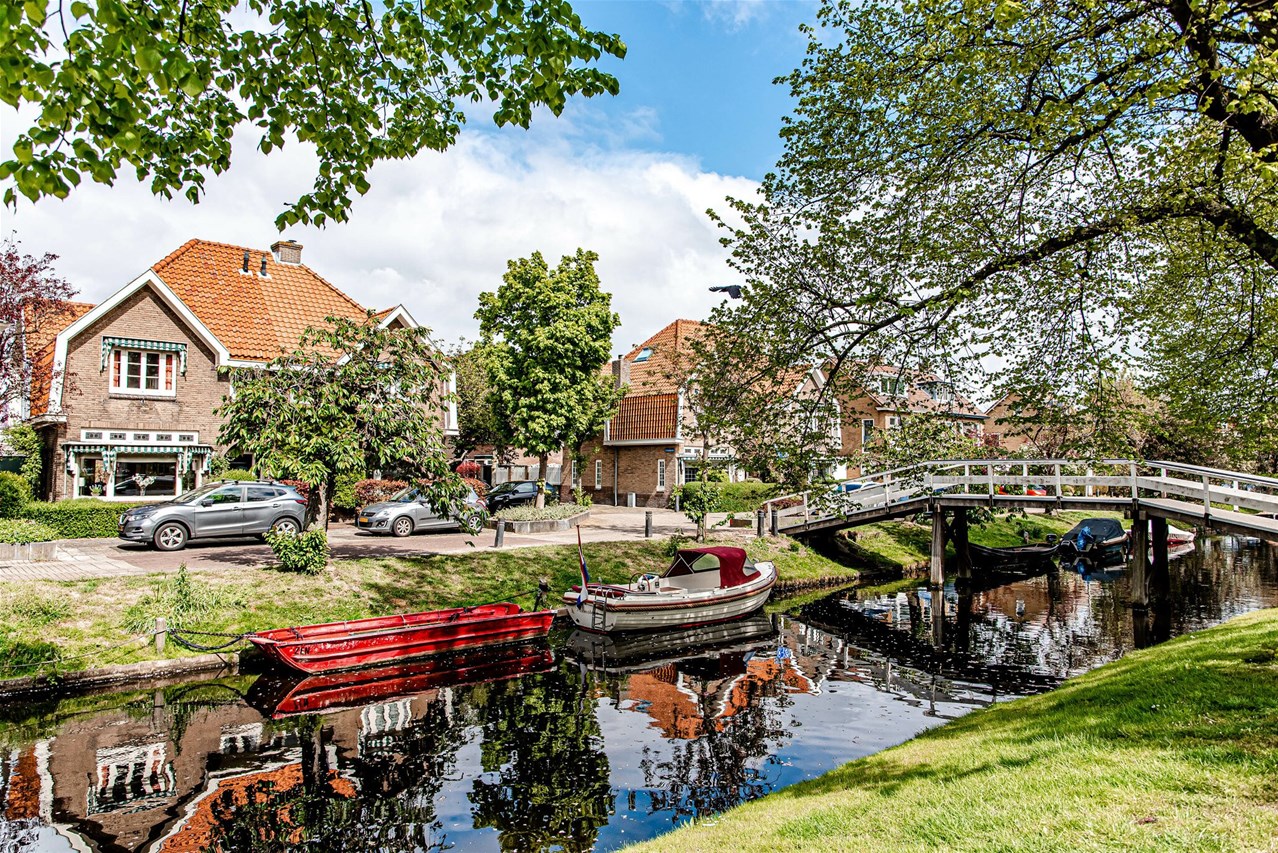 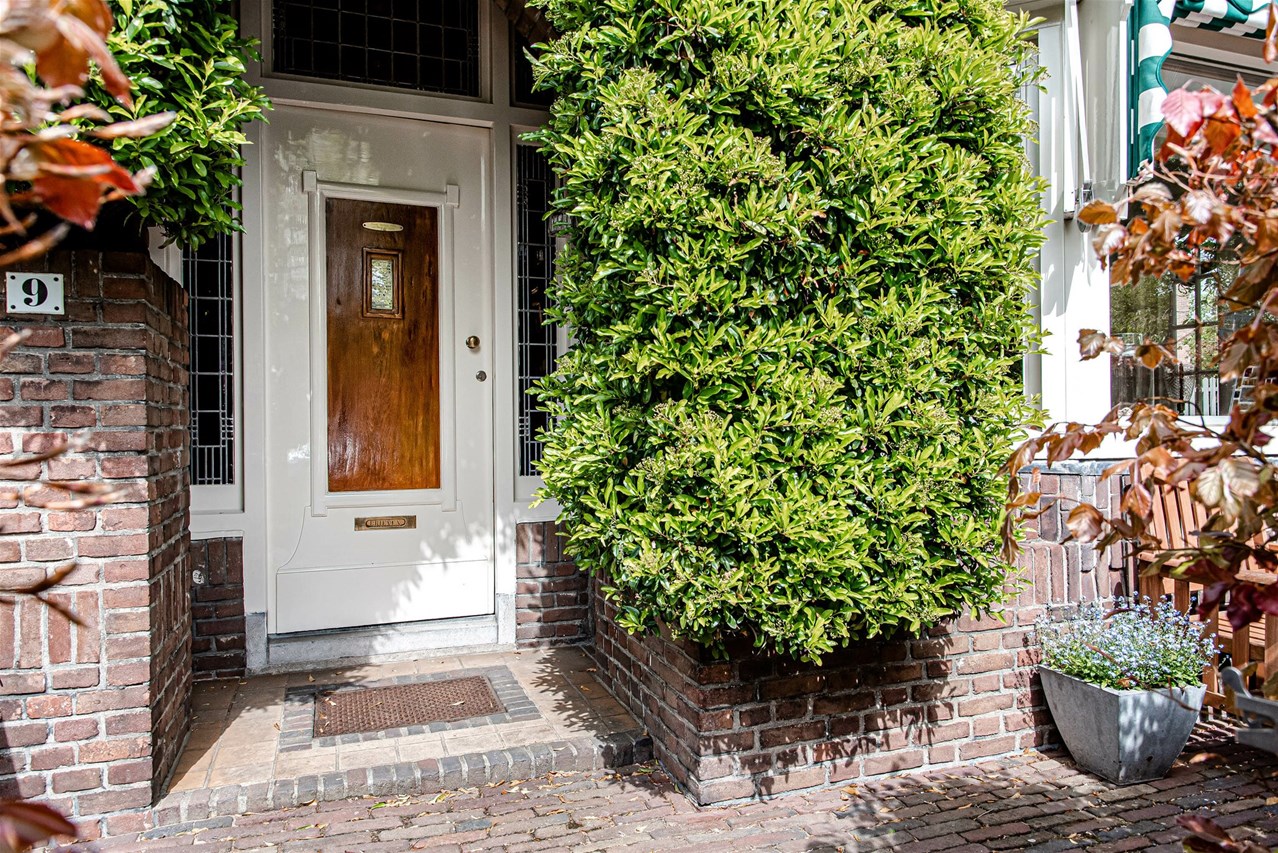 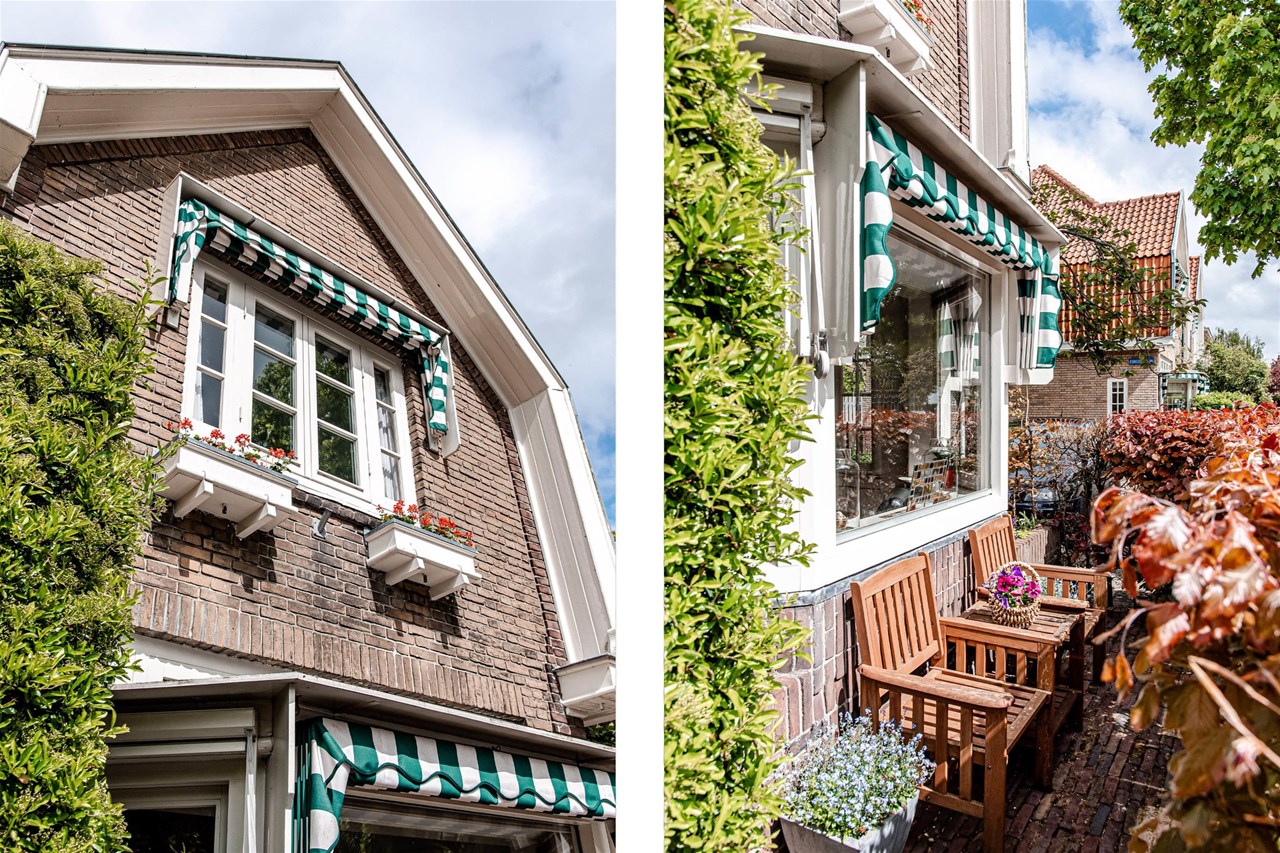 This attractive 1930s semi-detached house with a view over the water is located on one of the nicest spots in Heemstede center. The house has a cozy living room, bright kitchen, 4 bedrooms, modern bathroom and blissful backyard.

The charming house is located in a very nice residential area around the corner from the shopping streets of Heemstede.
Various characteristic details for this period, such as stained glass windows, tiling and panel doors, have been preserved. The living room is very light due to the corner location and gives access trough French doors to the sunny garden with storage room. The kitchen is equipped with various built-in appliances. The location in this child-friendly residential environment is blissful, various sports accommodations, schools, nature reserves and shops are in the vicinity, but also public transport and Heemstede / Aerdenhout station are very easy to reach. In short, the ideal family home in a child-friendly neighborhood.

Good to know
* Beautiful vestibule with granito floor, original tiling and door with facet cut glass
* The beautiful panel doors are still present throughout the house
* The house has always been well maintained
* The berths are allocated by the municipality of Heemstede, with resident priority being given priority
* All walls and ceilings are fitted with sleek and smooth stucco
* The house was painted in 2018
* The electrical installation was completely renewed in 2001
* The location is fantastic around the corner from the center and yet quiet in a residential area
* There are several nice and good primary schools within a short cycling distance
* There is a childcare within walking distance and there are more within a short cycling distance

Heemstede is a municipality and a town in the province of North Holland. Heemstede was formed around the Castle Heemstede, which was built overlooking the Spaarne River around 1286. Before 1296, Floris V, Count of Holland, granted Heemstede as a fiefdom to Reinier of Holy. During the 14th century, a village formed near the castle, which was destroyed and rebuilt several times in this period. A resident of this castle was Adriaan Pauw, who bought it in 1620. In 1653, Bennebroek split off from Heemstede, becoming a separate fiefdom.