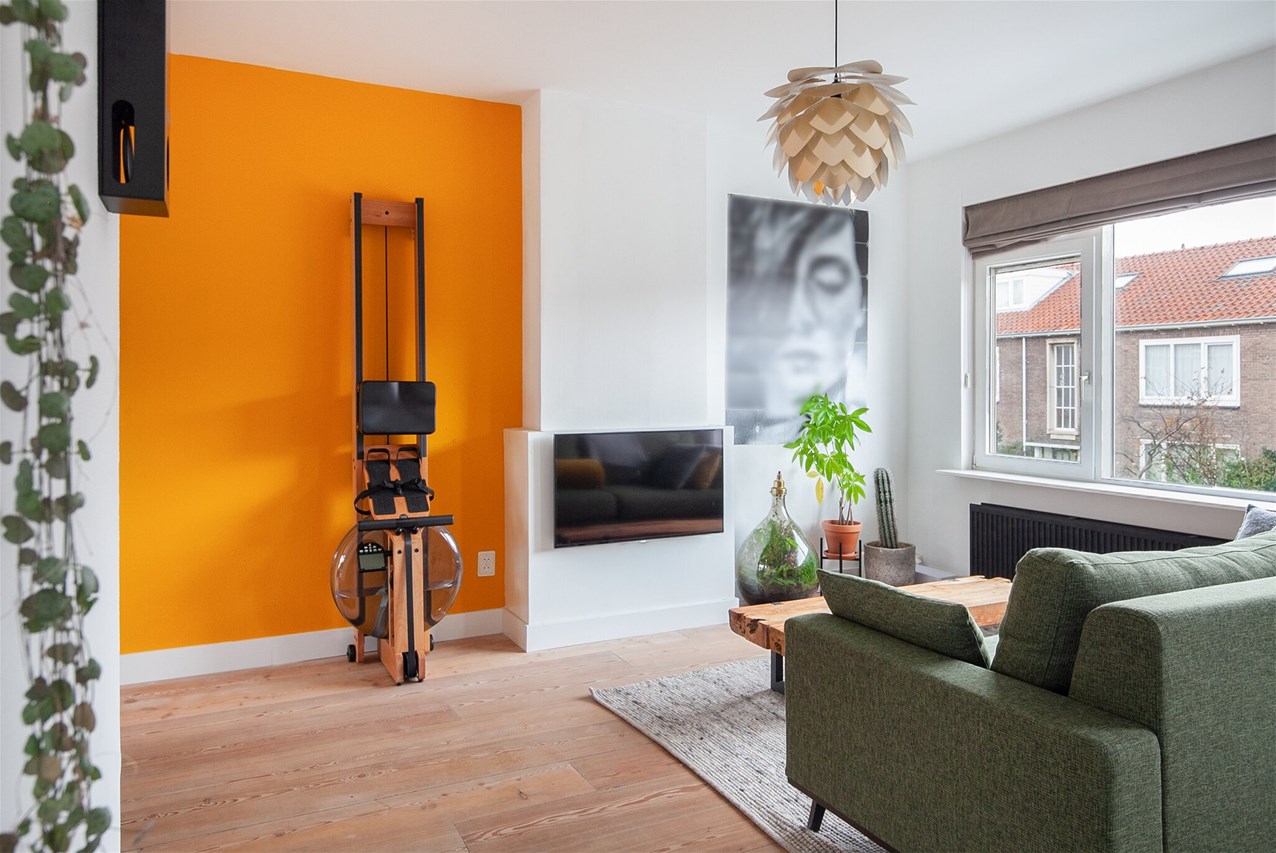 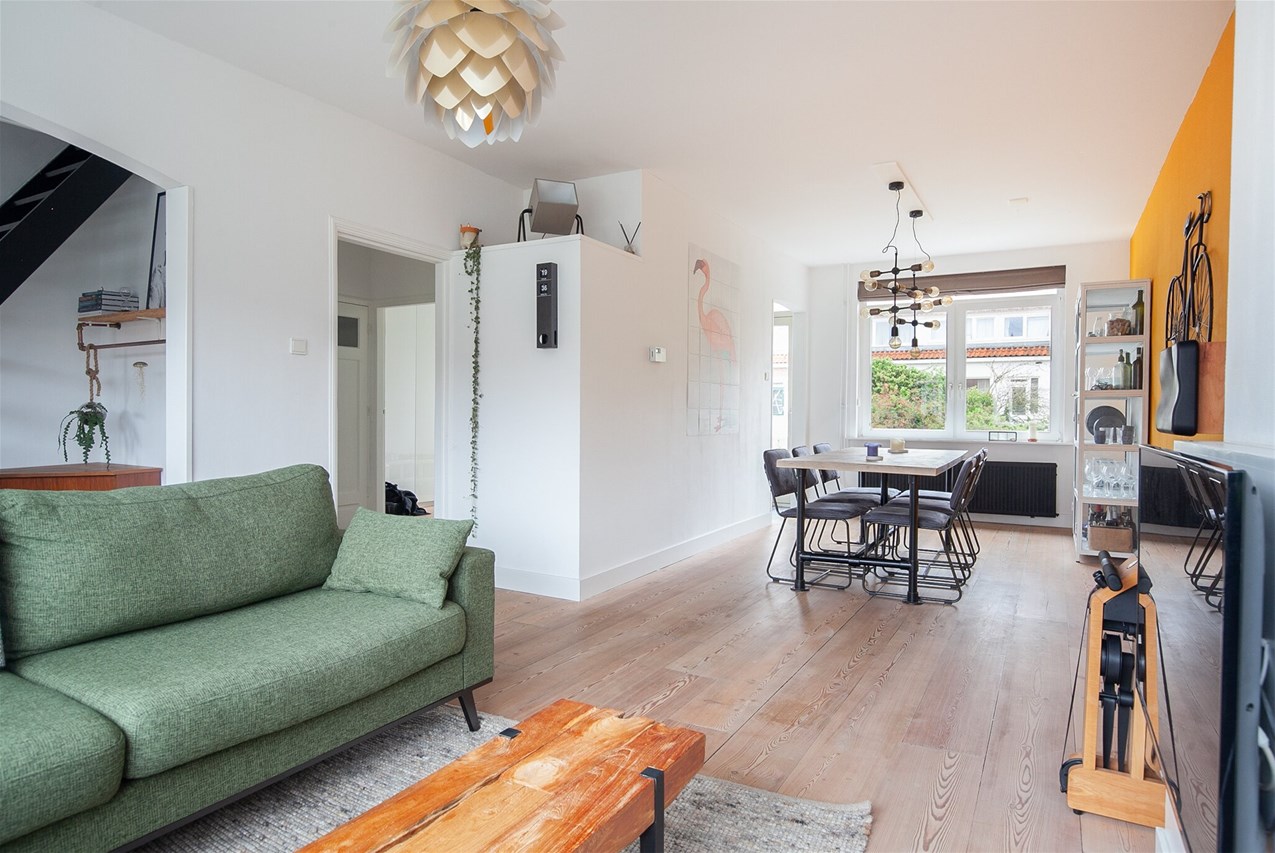 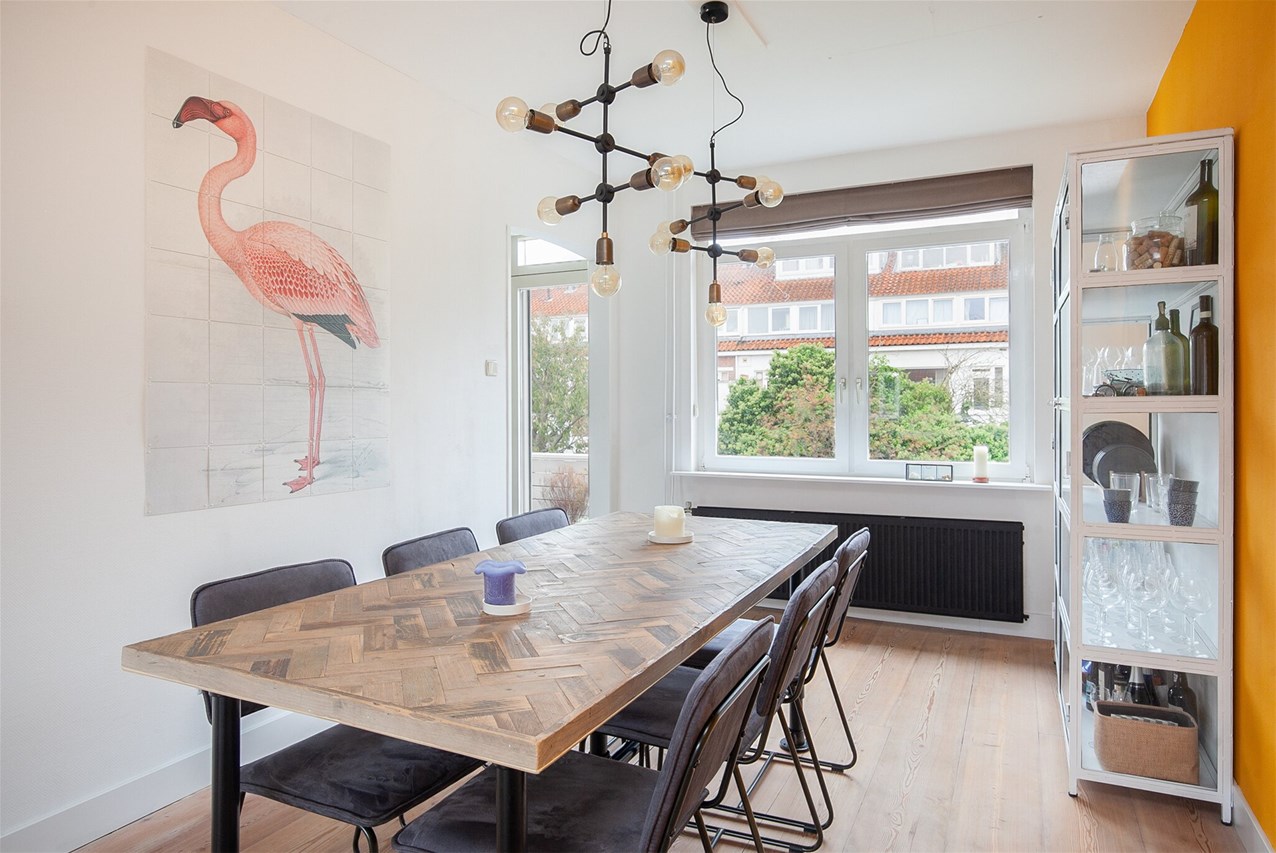 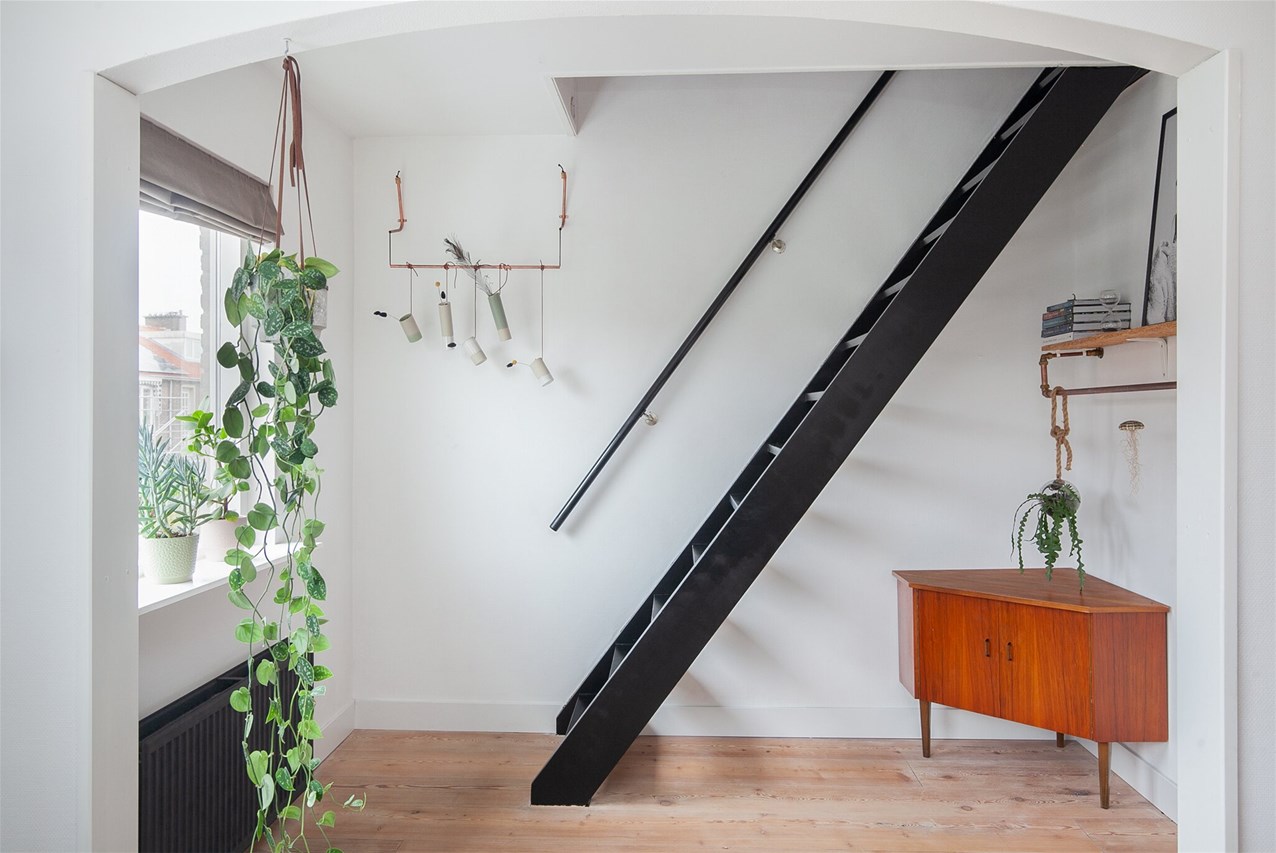 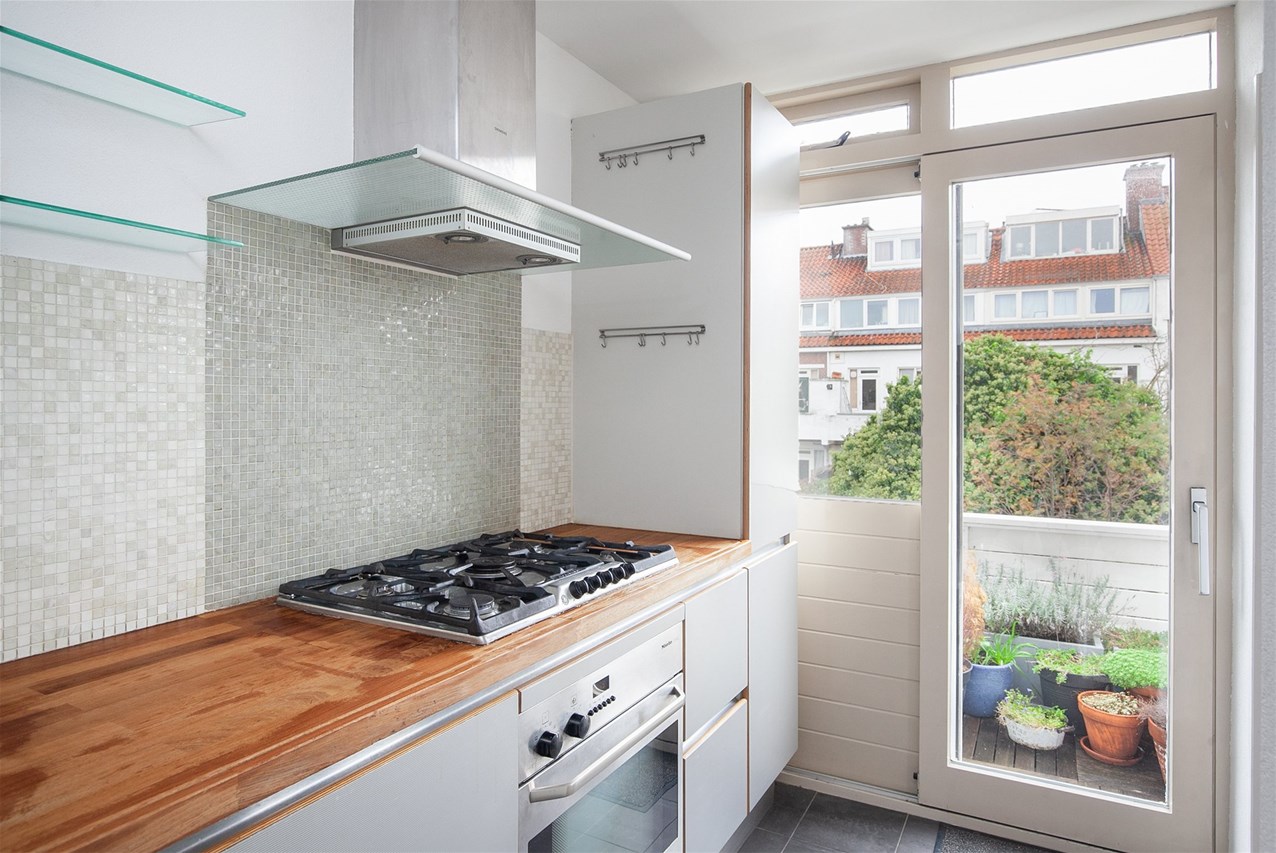 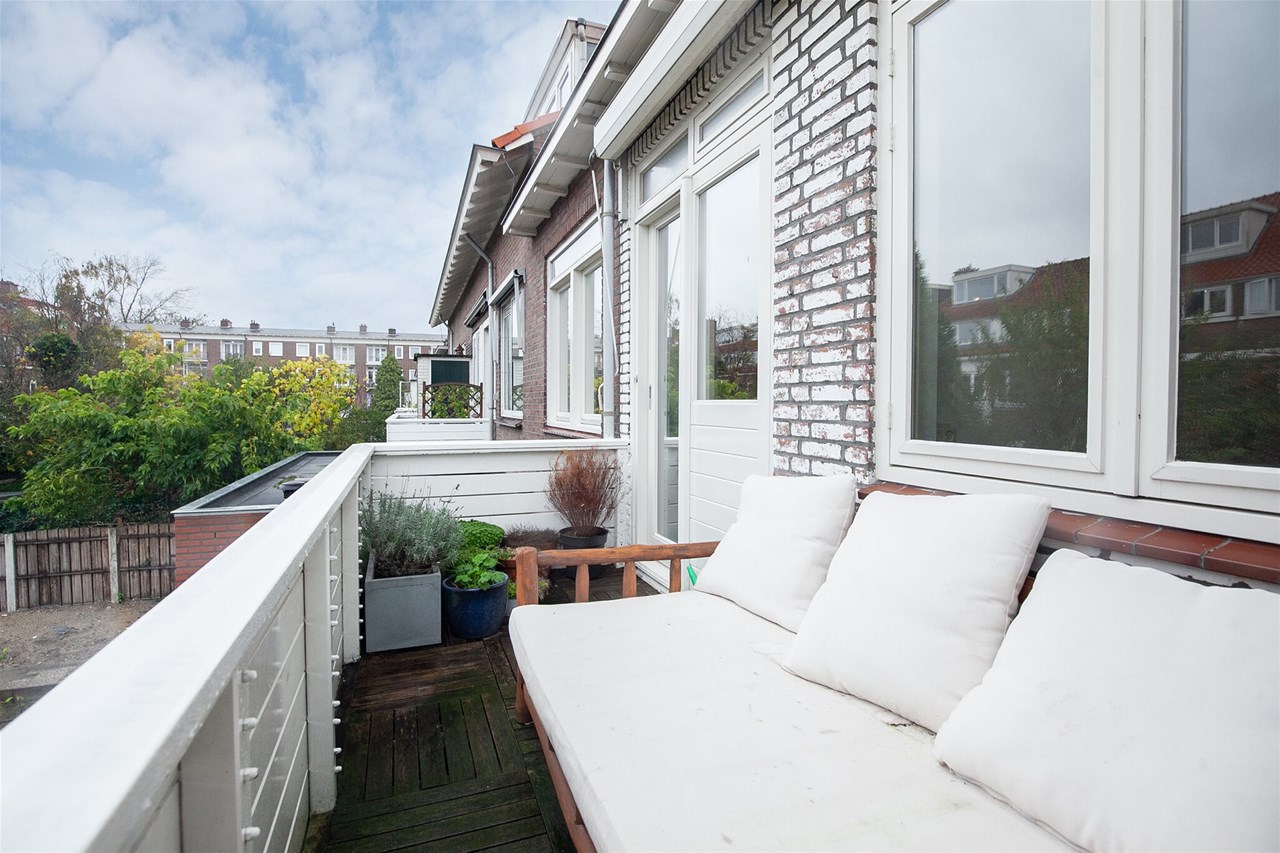 THIS WILL MAKE YOU HAPPY!

Wonderful and comfortable living IN A PERFECT LOCATION in a quiet street and a stone's throw from Laan van NOI station? That is possible in this NICE and SPACIOUS two layer apartment of approx. 87m2 in Voorburg!
In the living/dining room with semi-open kitchen (equipped with all necessary built-in appliances) you will soon be able to enjoy cozy evenings with your guests. From the kitchen you can step onto the sunny balcony in summer, which is ideally located on the southwest. The apartment is very practical and has no less than 3 (bed) rooms. The bathroom is very spacious with a second toilet, walk-in shower and double sink. The super handy storage room on the ground floor makes it complete. What a great place!

The apartment is quiet and conveniently located, near Laan van NOI station (5 minutes walking distance) with tram 3,4, RET (metro E) and train. The shopping center "De Julianabaan" and the cozy Theresiastraat are within walking/cycling distance and the Leidsenhage shopping center (Mall of the Netherlands) and The Hague Center are within 12 minutes by bike. Leiden, Delft and Rotterdam stations can be reached within 10 train minutes, there is a direct connection to Schiphol Airport, and the Voorburg railway station is also nearby. The highways (A12/A4/A13) can be reached within 5 minutes. You will also find the Hague forest, schools (including the British School), sports clubs and swimming pools in the surrounding area.

* This information has been compiled by us with the necessary care. However, on our part no liability is accepted for any incompleteness, inaccuracy or otherwise, or the consequences thereof. All specified sizes and surfaces are indicative.
Read full description