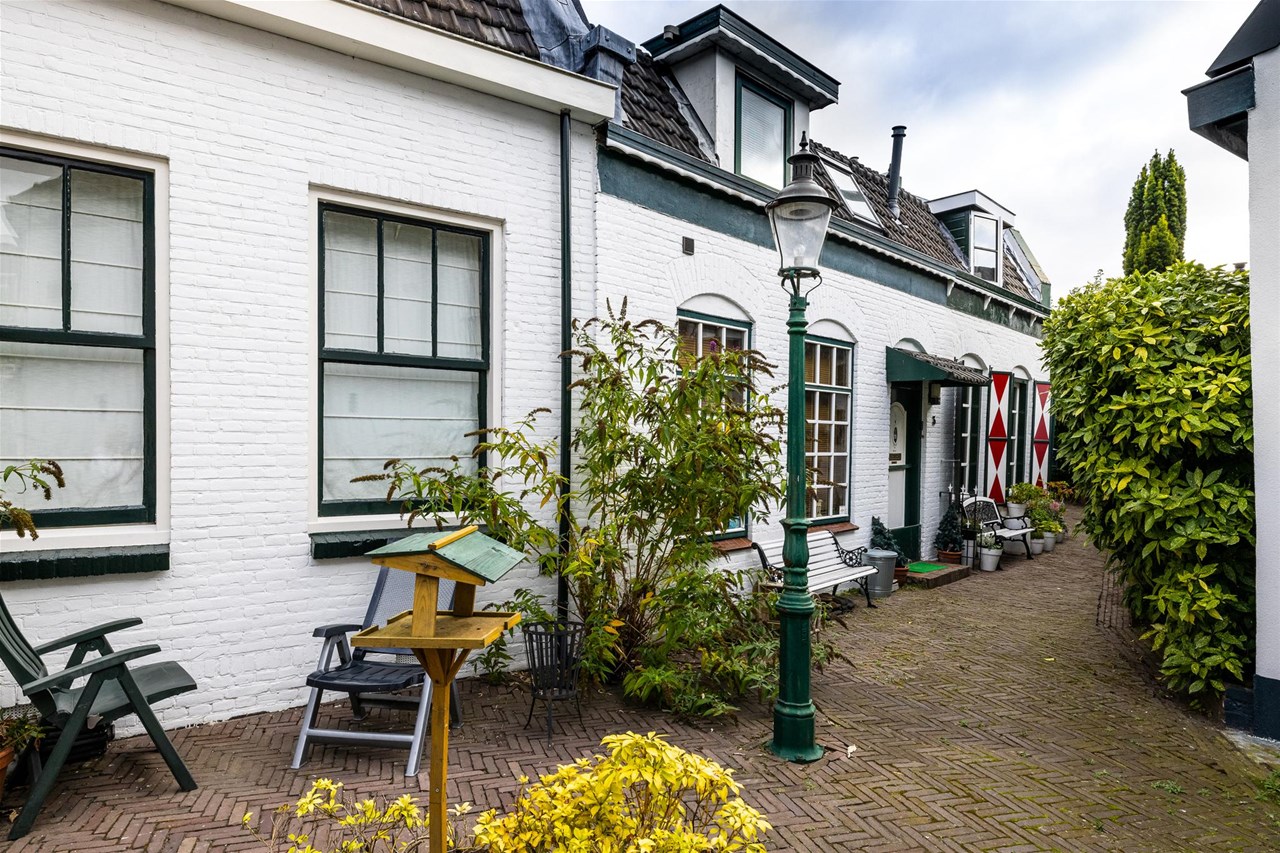 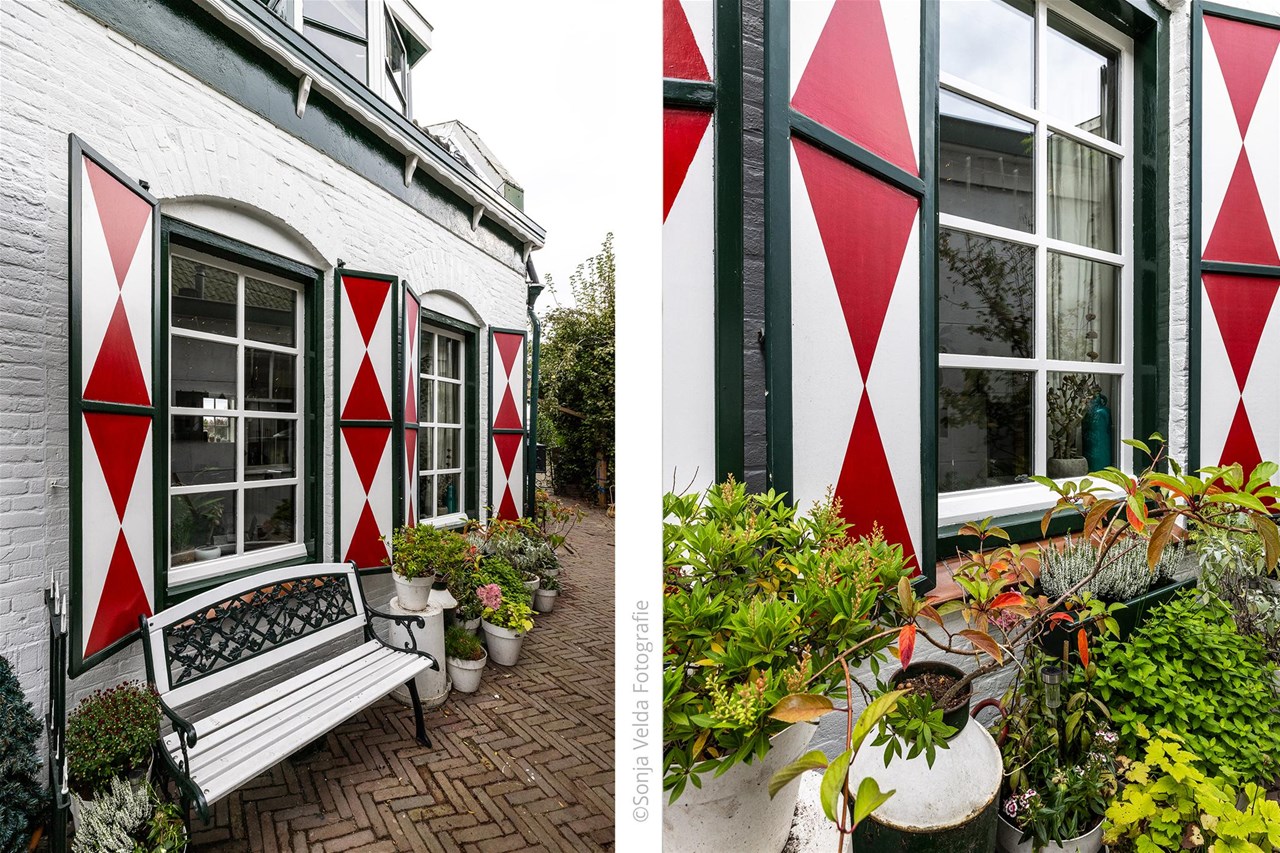 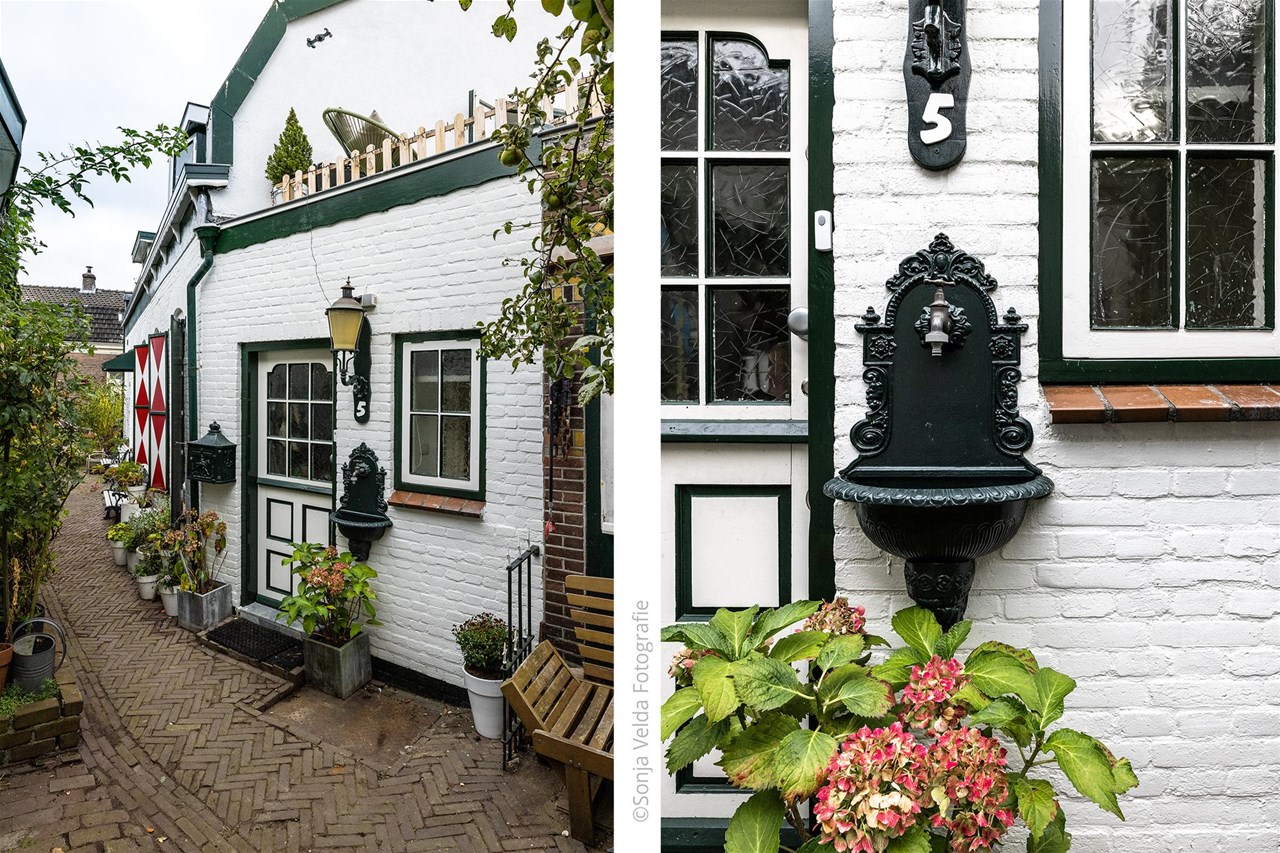 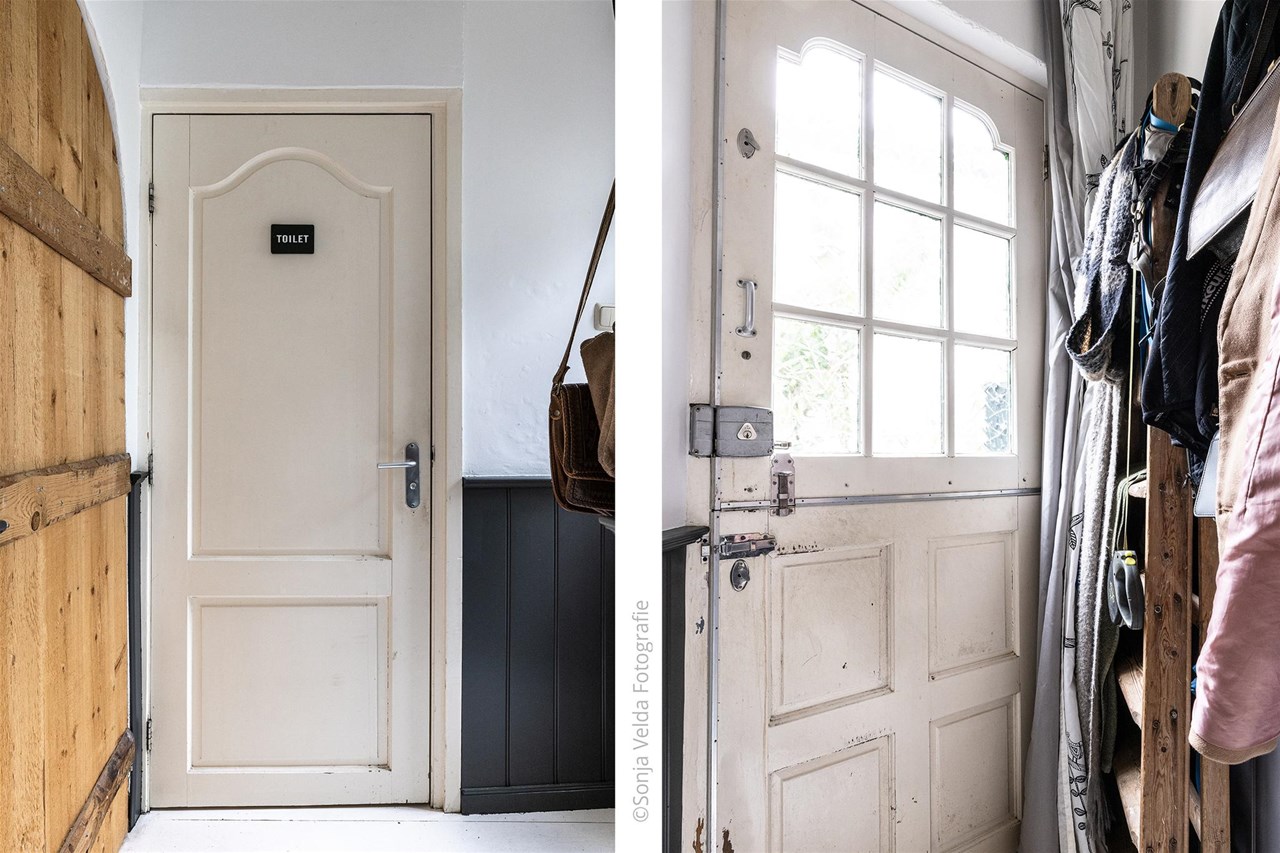 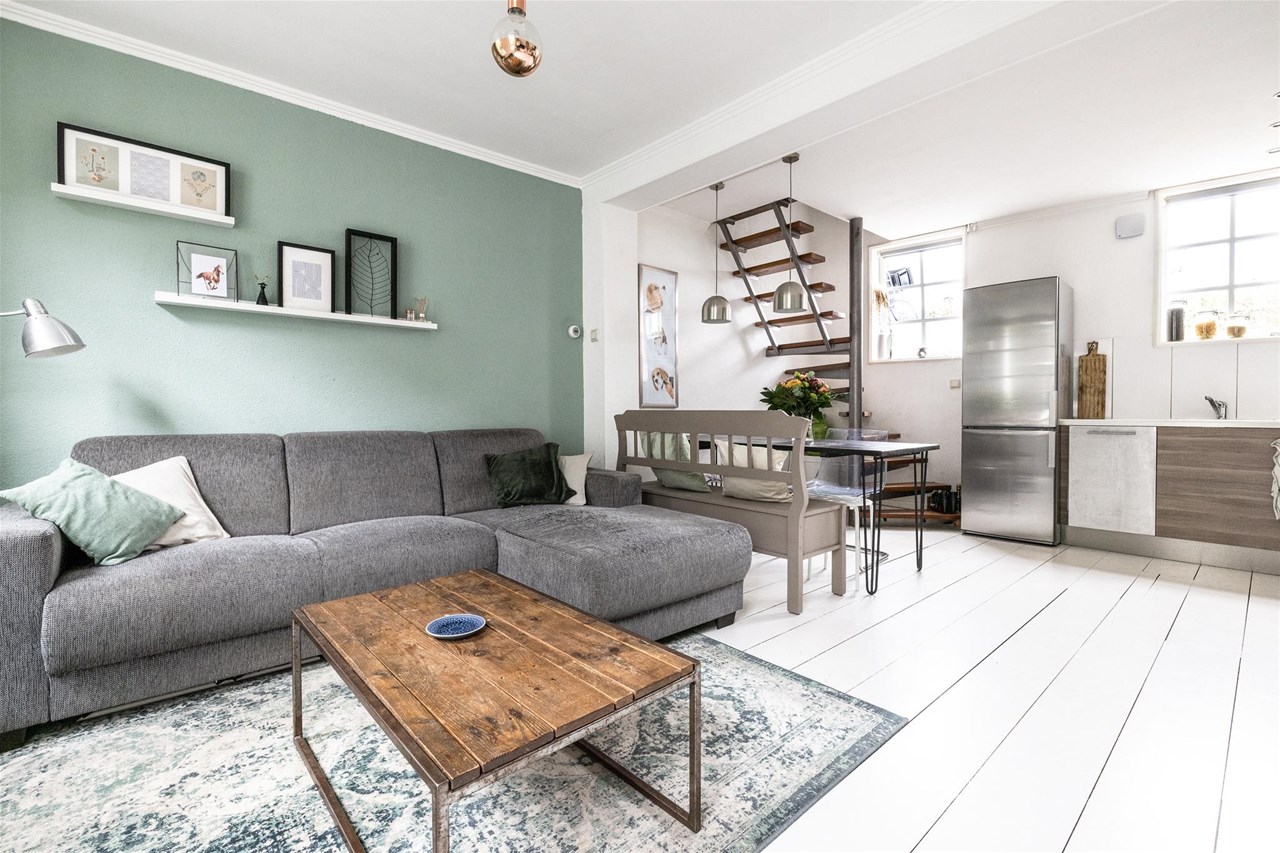 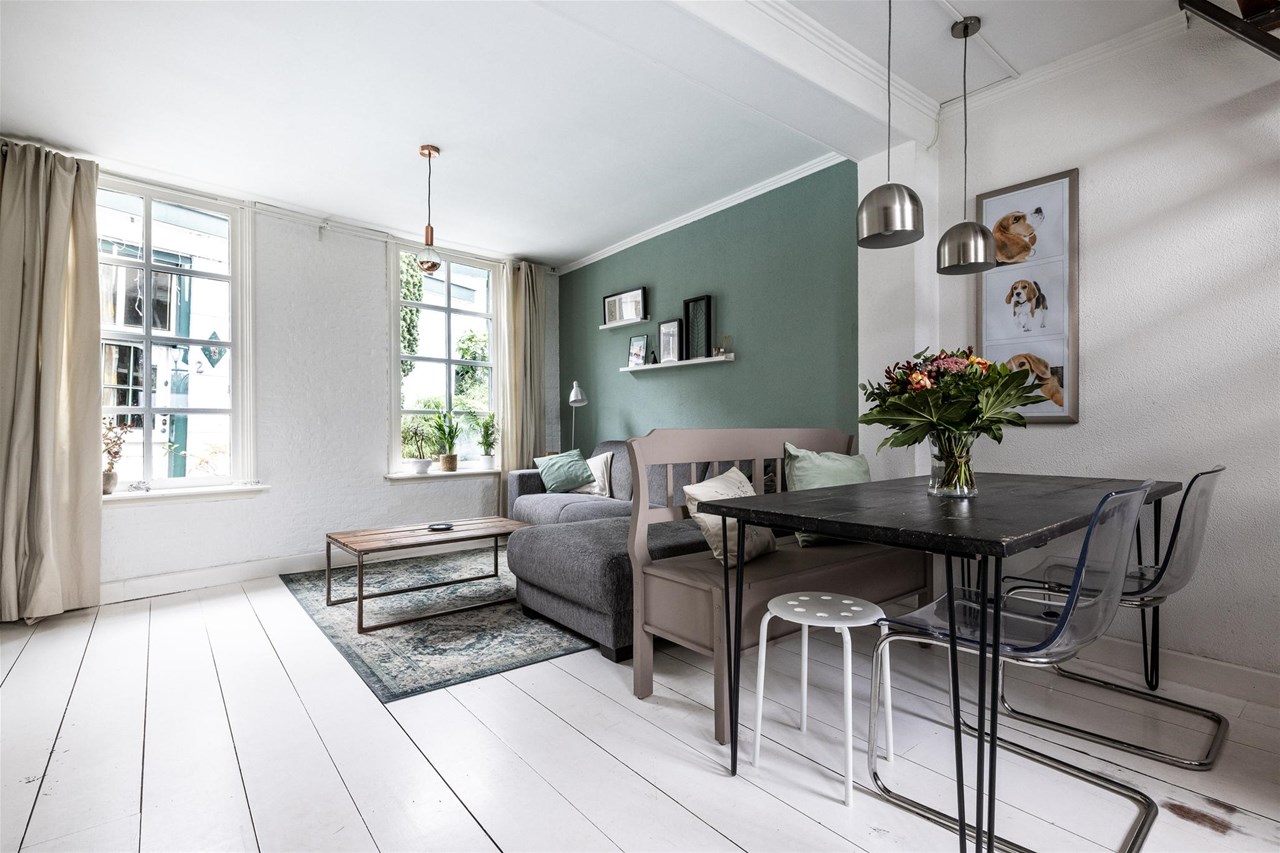 For sale! Rare, Quirky and Nostalgic. What a unique opportunity this is. In an almost hidden spot on the old ribbon development of the Double neighborhood is a small alley (IJsteeg) with a few classic dikes and workers' houses. One of the nicest houses is now up for sale. With a total of 50m2 of living space, not very large, but very cozy and cozy and fully equipped. The IJsteeg is a unique part of Halfweg, the alley is on the list of monuments and the houses are a protected village view. In addition to being a wonderful place to live, you become part of a piece of history:
“Patriots
After the victory of the Geuzen, the Netherlands became a republic, in which the House of Orange played an important role. Under the influence of the French enlightenment, a movement arose in the Netherlands, the Patriots. They wanted more freedom and were much critical of stadtholder Willem V. The wife of the stadtholder, Wilhelmina van Prussia, was arrested in 1787 in Goejanverwellesluis by Patriots. She was so angry about this that she called on her brother, the king of Prussia, to defeat the Patriots. He sent the Duke of Brunswick for this.

He conquered several cities in the Netherlands. Amsterdam was the last stronghold of the Patriots. Cannons were placed at Halfweg, as an advanced defensive bulwark against the Prussians. It was to no avail, the Patriots had to flee through the IJsteeg.”

In short: A completely private house on private land for the price of a (small) apartment, you don't have to think long about that.


The location:
The village of Halfweg is a wonderful place to live and enjoy with lots of freedom and greenery around you, but you can also reach the bustle of the city within 10 minutes (approx. 9 minutes by train to the heart of Amsterdam or Harlem). The nearby Spaarnwoude Bos has a wide variety of sports options (Golf, Horseback Riding, Climbing, Swimming, Cycling Track, Indoor Ski Track, etc.). The shops and other important facilities are about a 5-minute walk away and the roads to Amsterdam and Haarlem are very close.
At the end of 2020, the doors of the 'thestyle outlets' on the former site of the Sugar Factory will be opened, 115 luxury clothing stores and the necessary catering establishments will be located here. This is only a 5 minute walk from the house.


Entrance hall with toilet and storage space, living room with modern open kitchen.1st floor: large bedroom with exit window to small roof terrace and then the bathroom with shower, sink and connection for washing machine/dryer. Top floor: storage attic which is accessible with a loft ladder.

Asking price: € 285,000, - k.k.
Delivery in consultation
Living area: 51 m2 Net (Nen measurement)
Plot: 35 m2 Own land
Own ground
The house has been modernized on the inside and can be moved into immediately
Small roof terrace next to the bedroom (not licensed)
Plenty of parking at the house
A stone's throw from the NS Station and the Outlet Center
Spaarnwoude forest starts on the other side
Unique living experience
Read full description