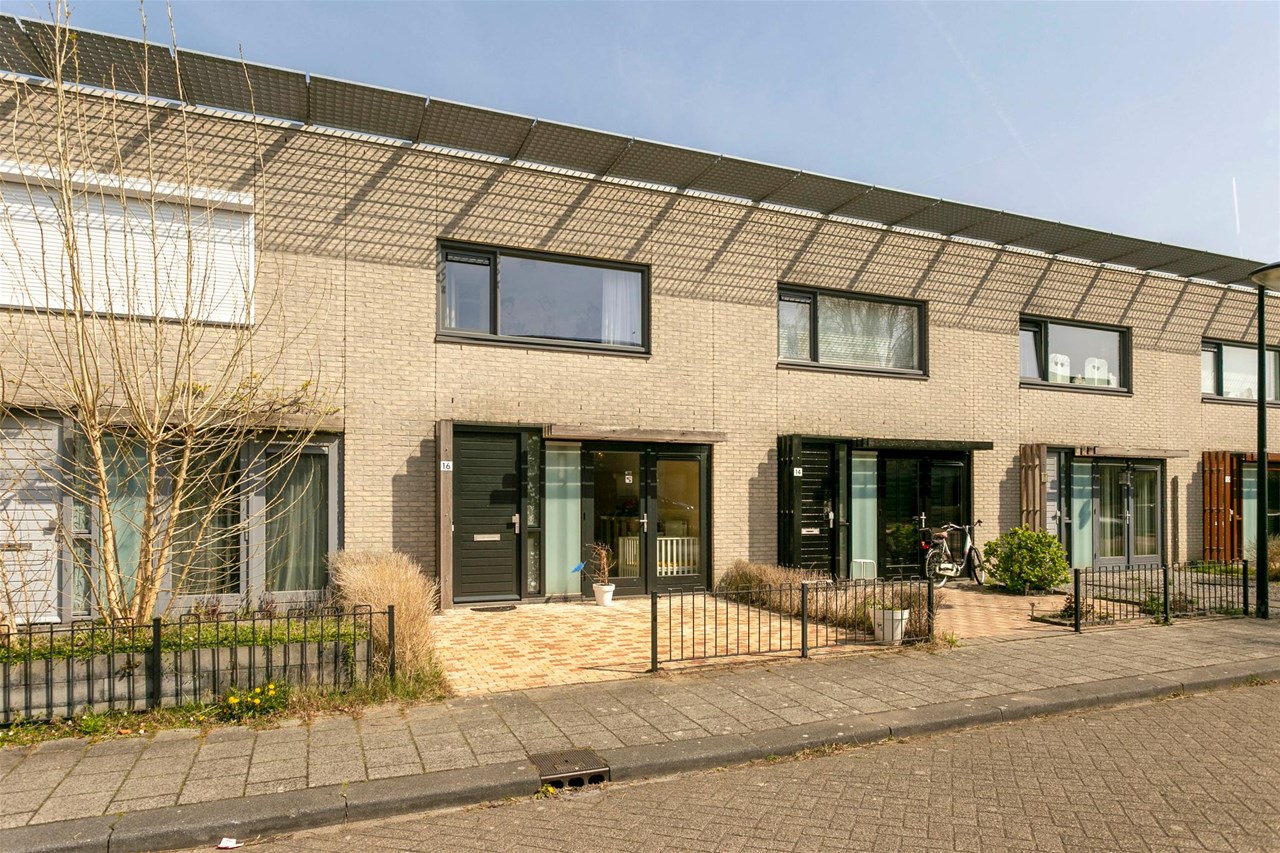 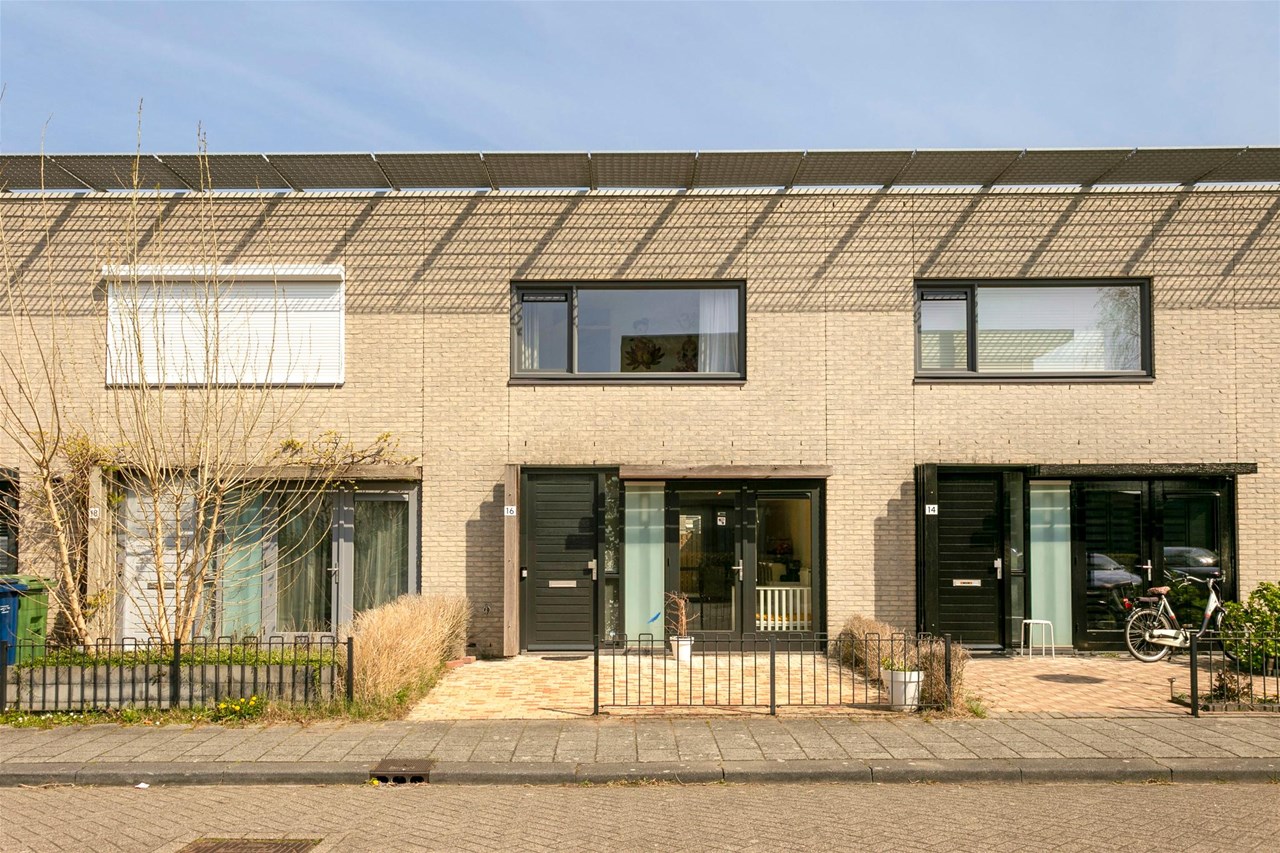 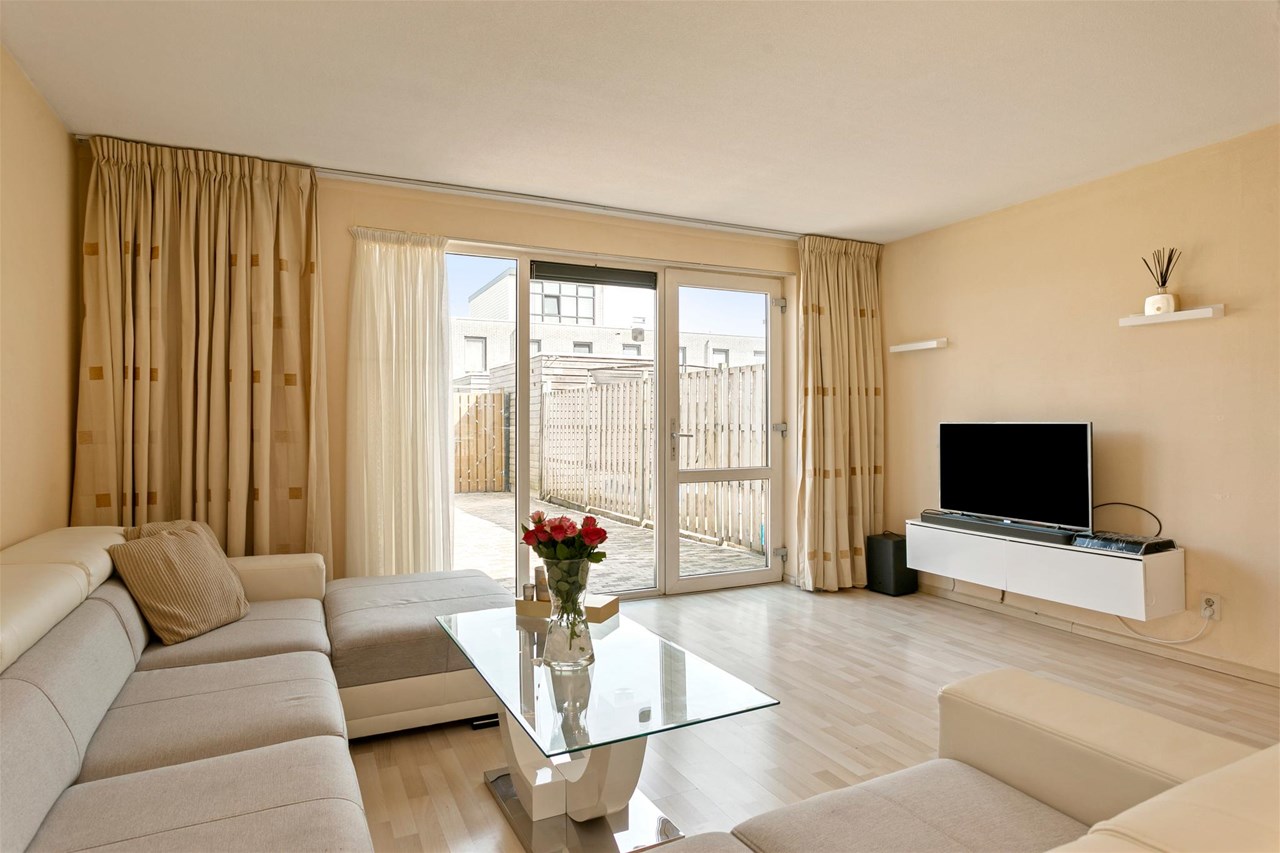 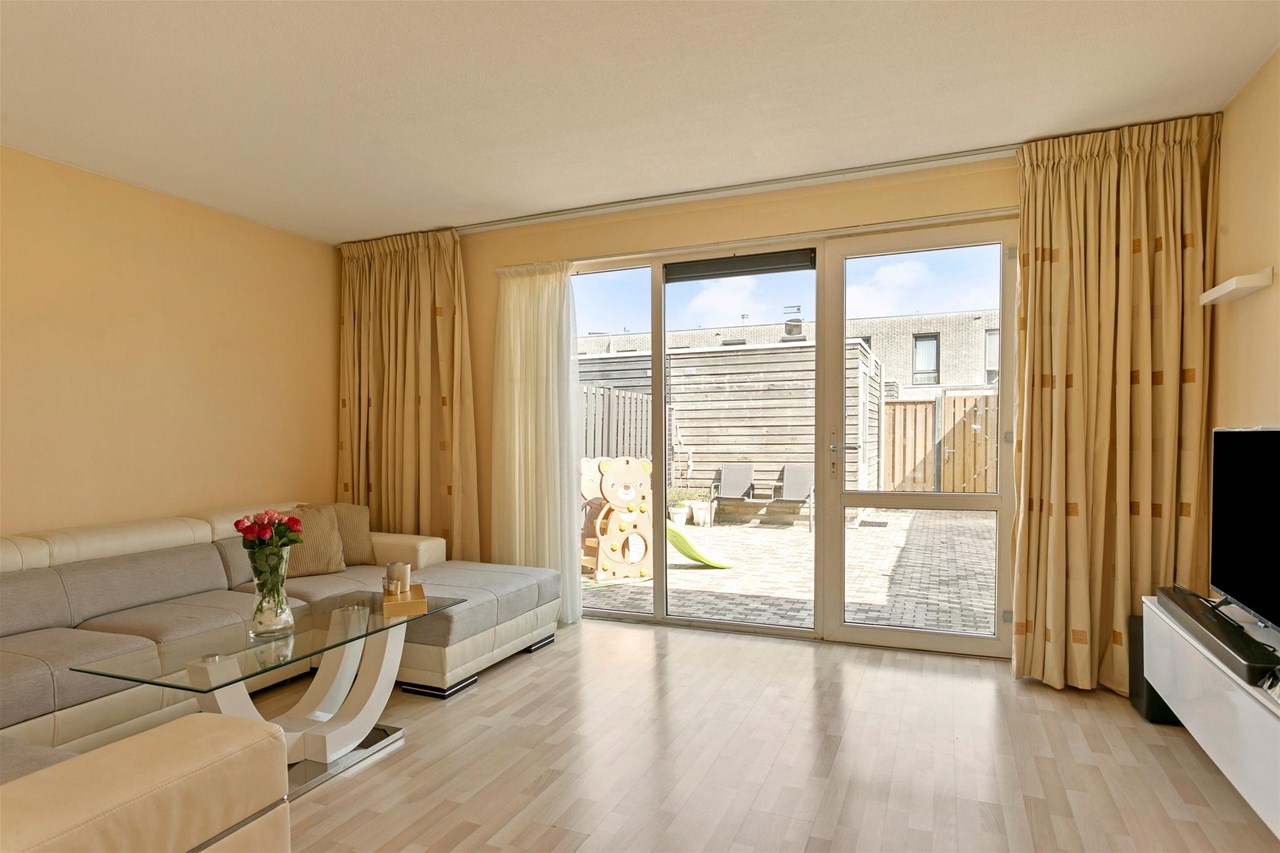 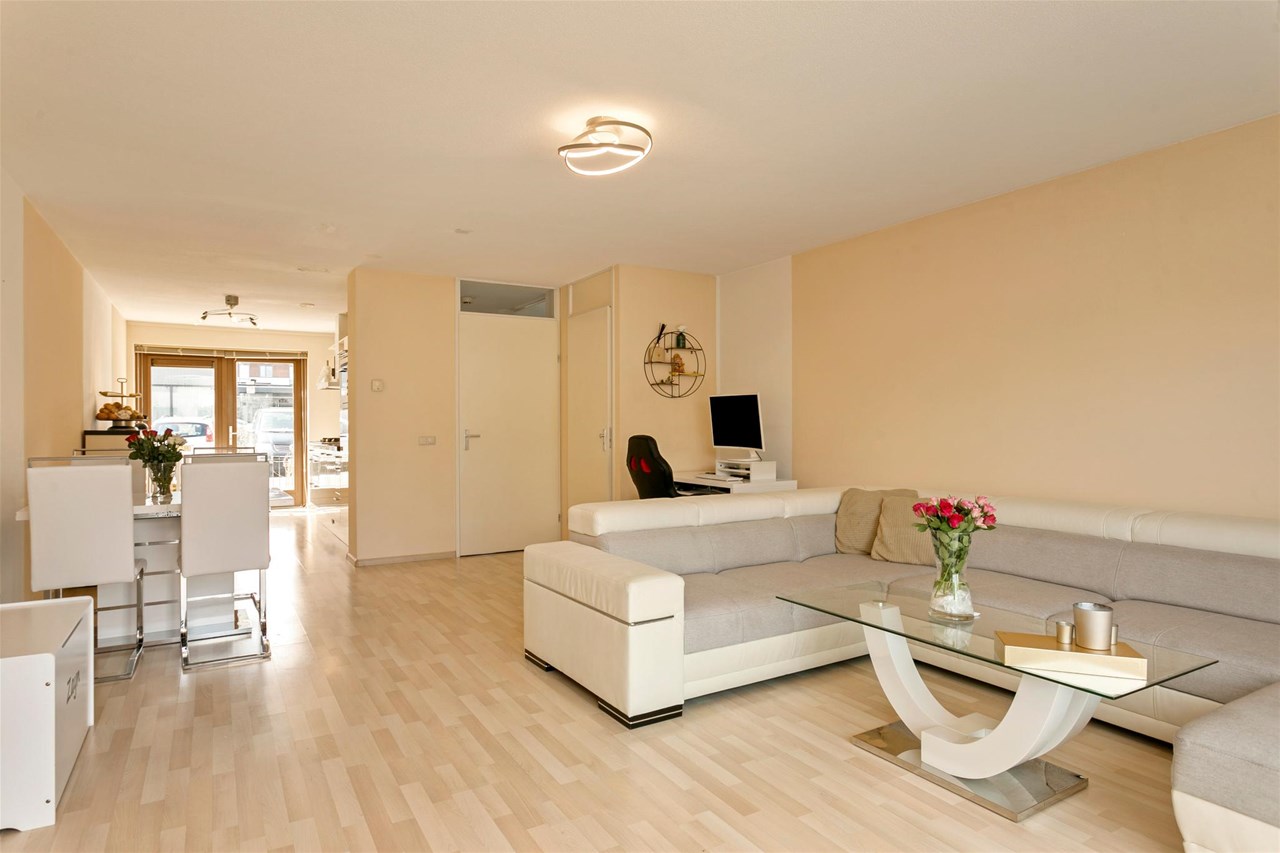 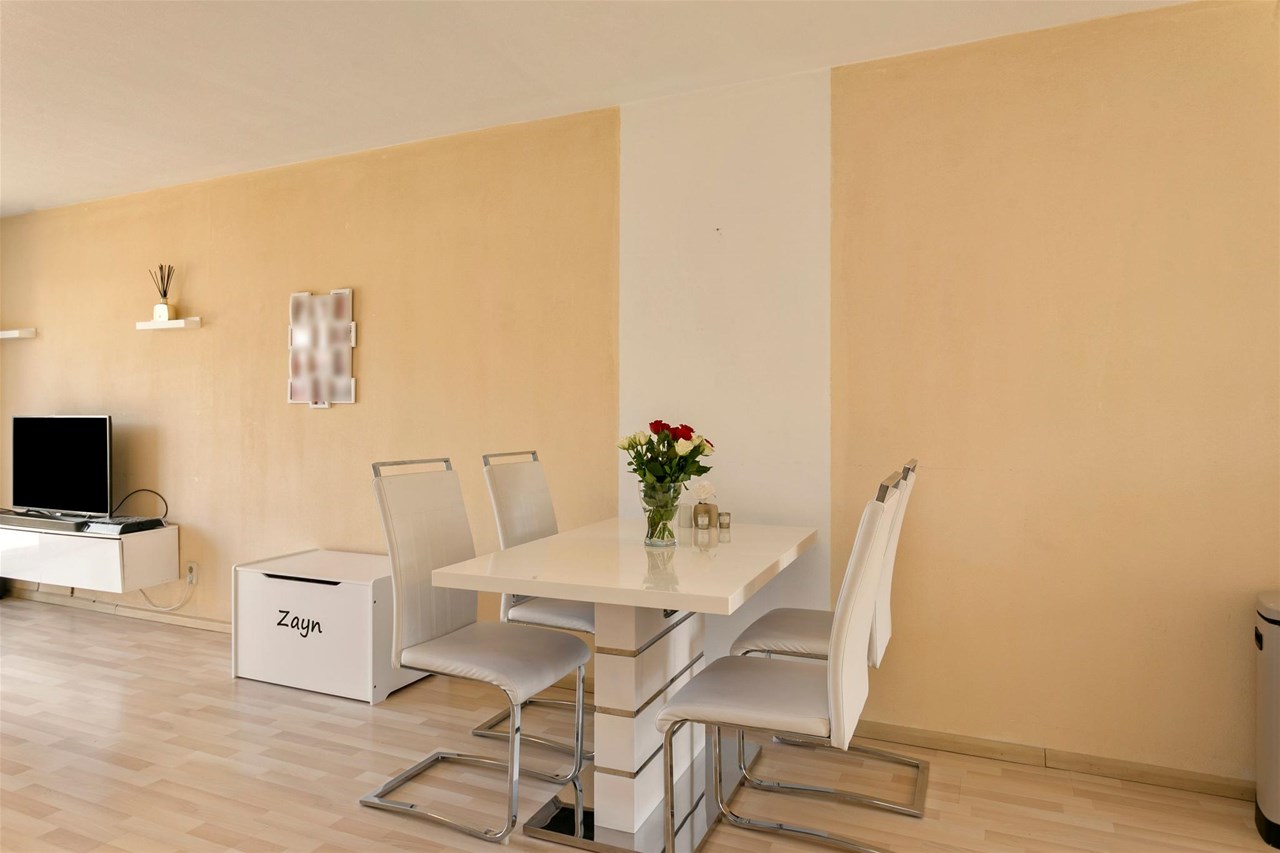 Are you looking for a lovely family home in Almere Buiten? On a nice spot in the Eilanden neighbourhood! Stop searching because you just found the best choice!

The house is almost 100 m2! Has a front and backyard, which are beautifully landscaped. But there is more! So you have a spacious living room which is garden oriented. In the backyard you will find a storage room, ideal for bicycles or other garden tools.

Surroundings:
The Eilandenbuurt in Almere Buiten is an excellent location for those looking for a child-friendly, green and water-rich environment with many attractive facilities in the district. Shopping center Doemere and NS station Oostvaarders at 5 minutes cycling distance, good bus connections, schools, childcare and various sports facilities including a basketball court, tennis court, skateboard track, soccer field, gym and playground for young children.
The accessibility is top! The bus stop is around the corner and the railway station 'Oostvaarders' within walking distance with a direct connection to Amsterdam C.S., Lelystad, Zwolle and Hoofddorp. By car you are in 5 minutes on the A6 towards Amsterdam / Lelystad and A27 towards Hilversum, Amersfoort and Utrecht.

Layout
Through the front garden you reach the entrance.
Entrance hall with meter cupboard, toilet and staircase to the second floor. The living room is garden facing and has a cupboard with plenty of storage space and a door to the deep backyard. The beautiful light back door provides plenty of light.
The kitchen is located at the front of the house and has several built-in appliances. The entire first floor has laminate flooring.

Garden:
Beautifully landscaped front and backyard. The deep backyard has a storage room and a back. The garden is also equipped with a new gate at the end of 2021.

The non-binding information on this website is composed by us (with care) based on information from the seller (and/or third parties). We are not responsible for the accuracy or completeness. We advise you and/or your broker to contact us if you are interested in one of our homes. We are not responsible for the content of the websites referred to.
Read full description