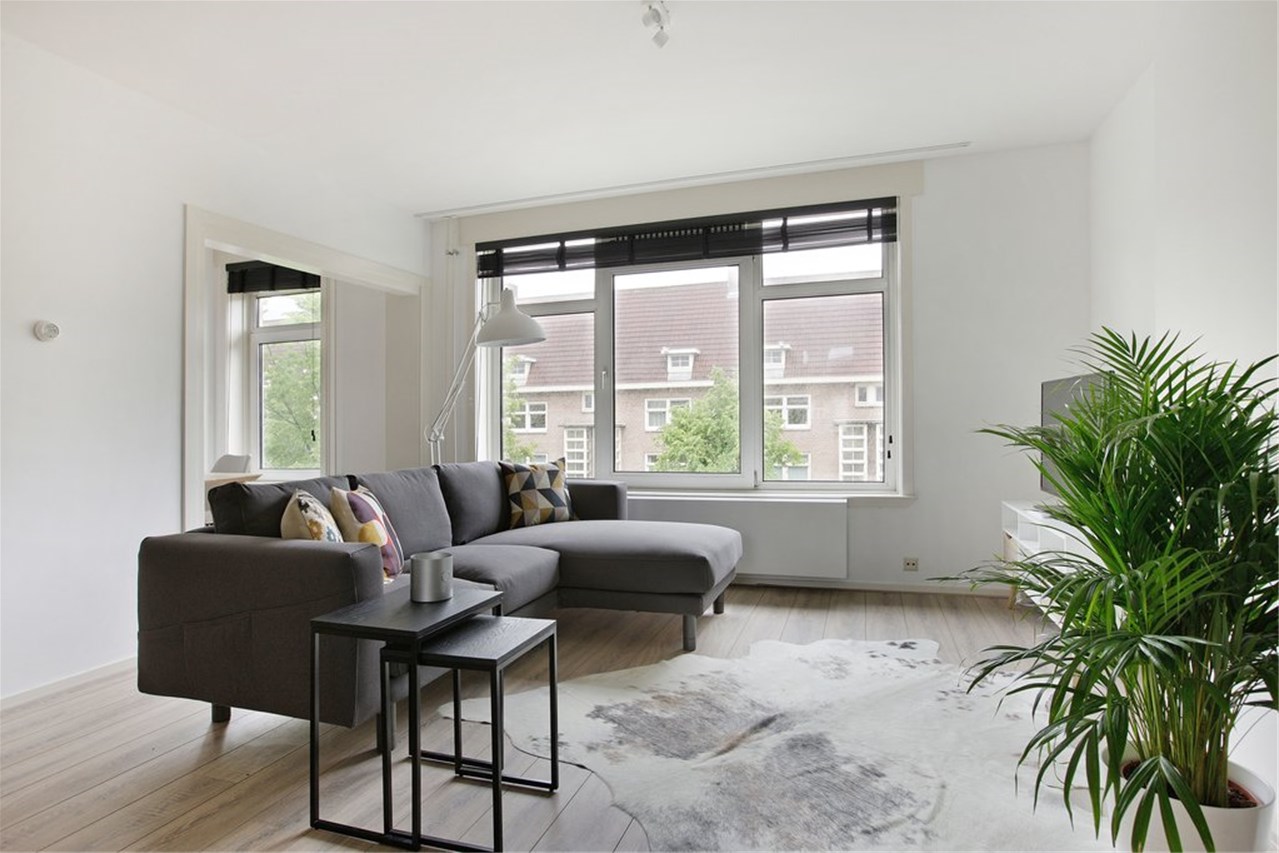 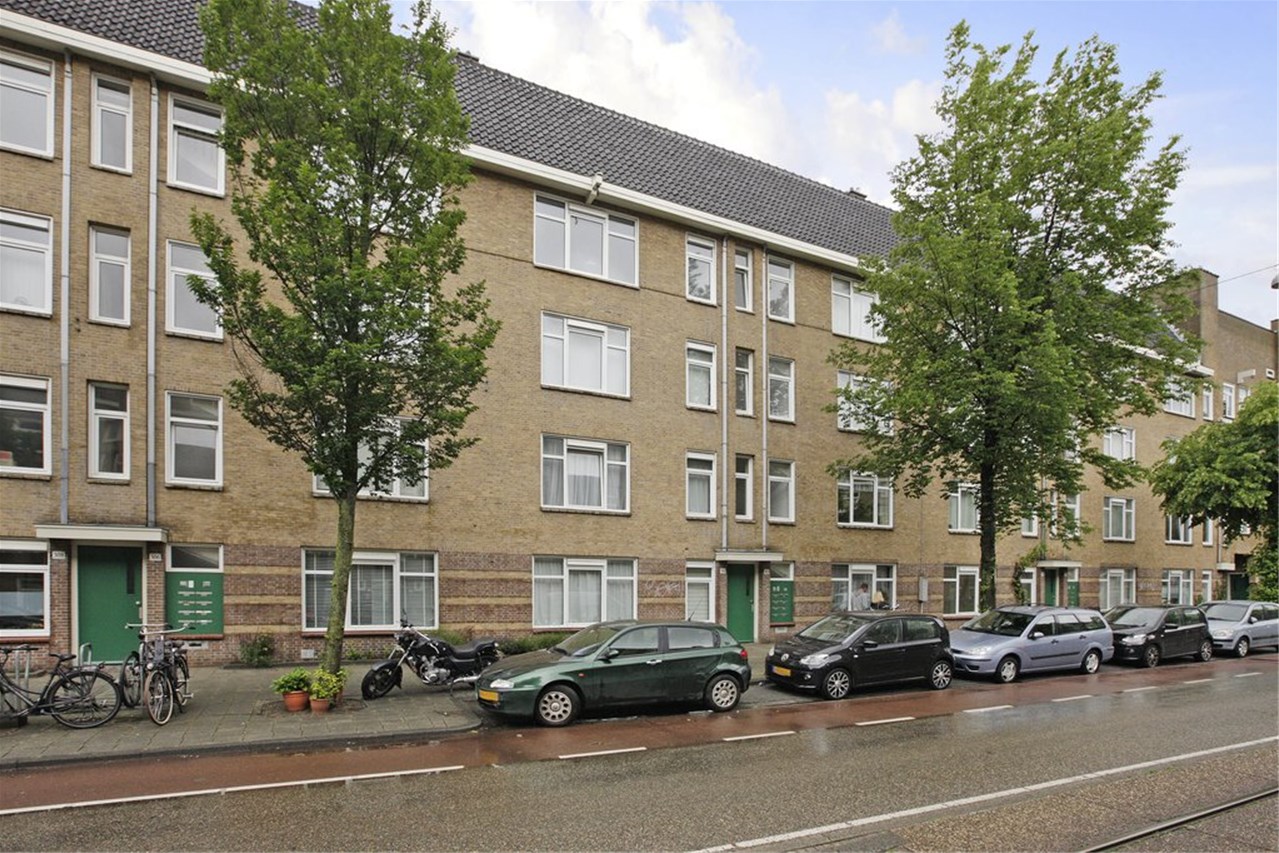 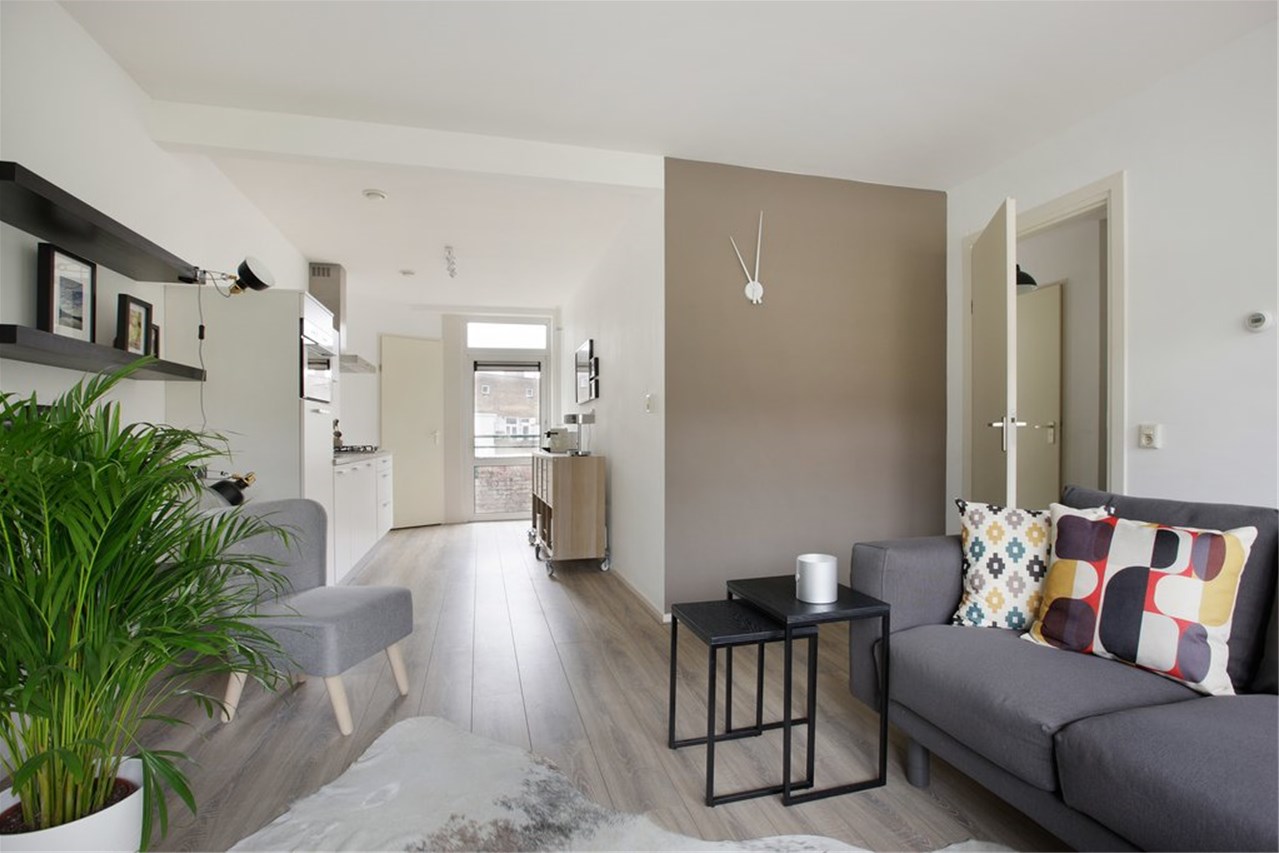 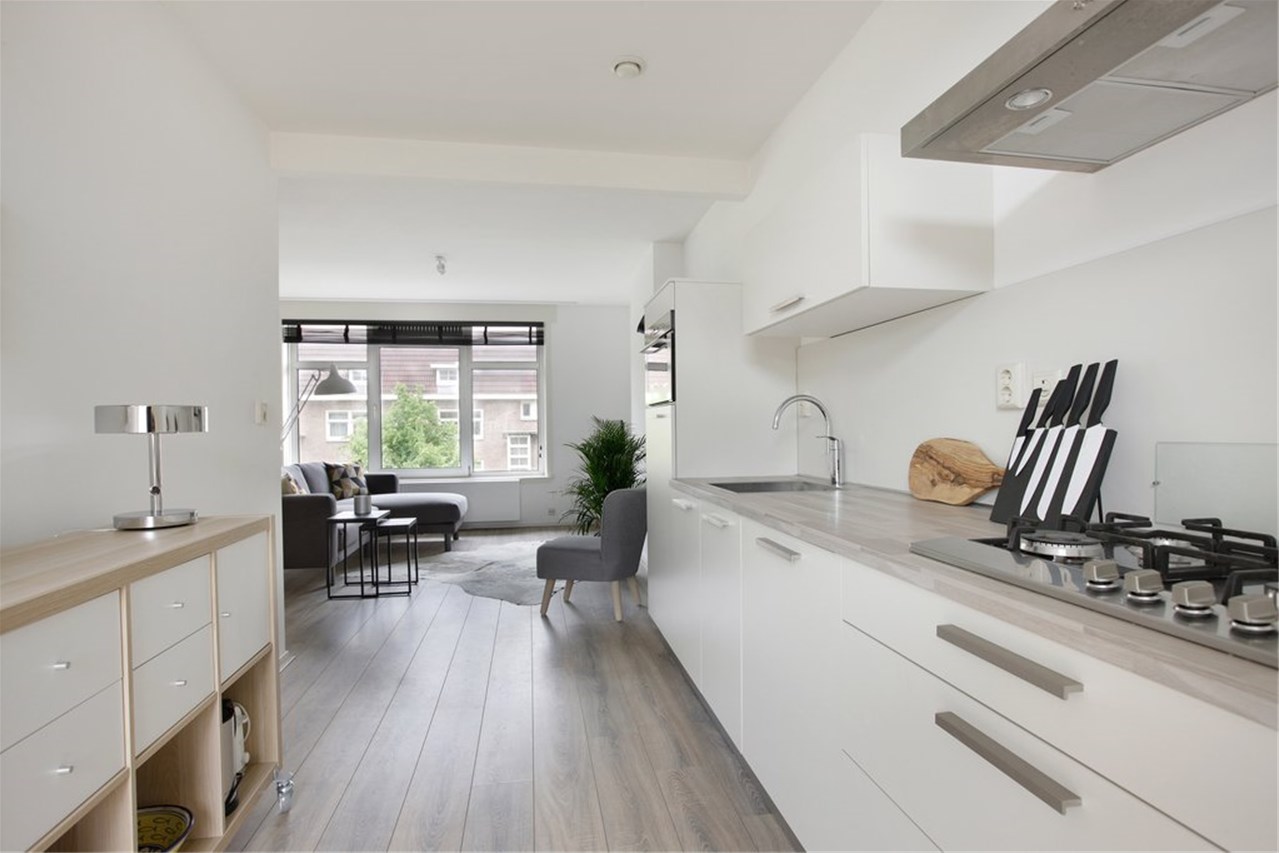 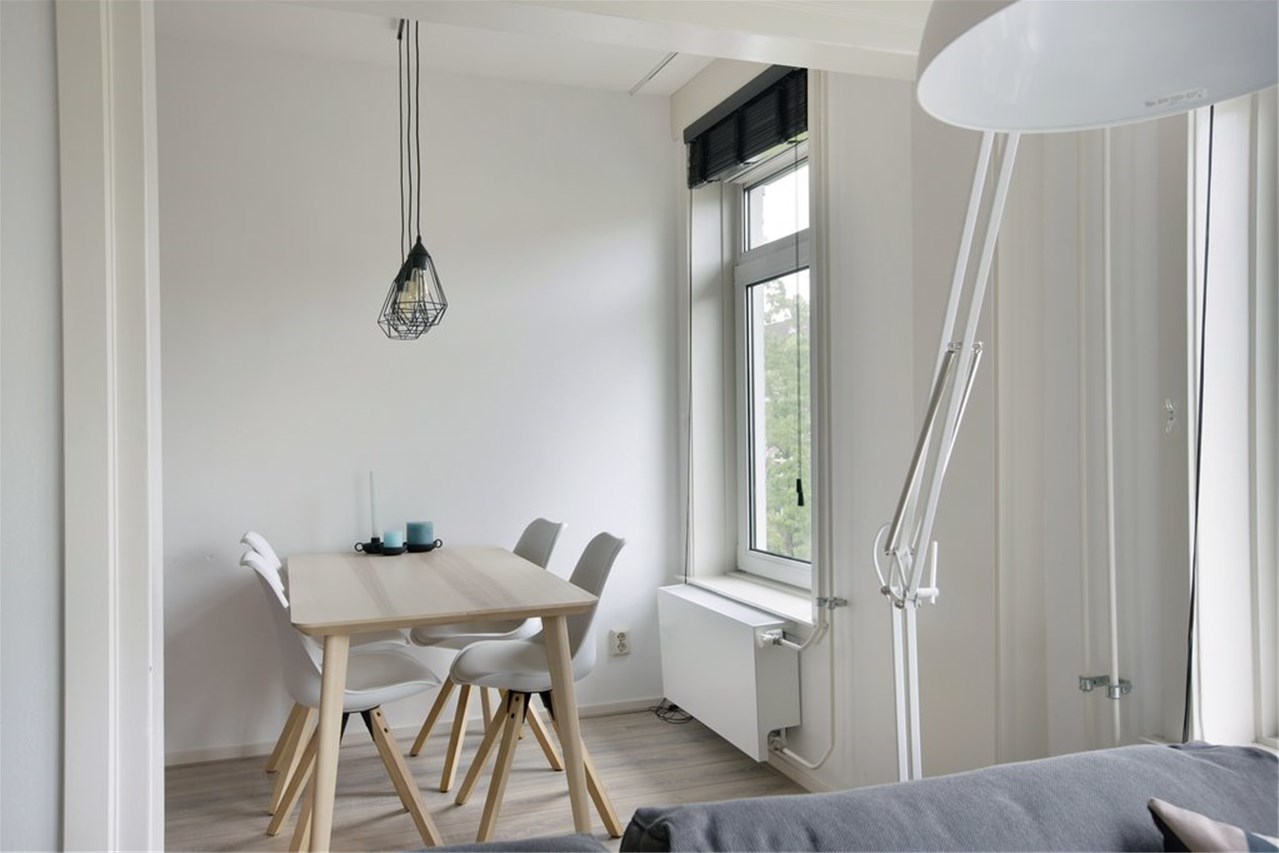 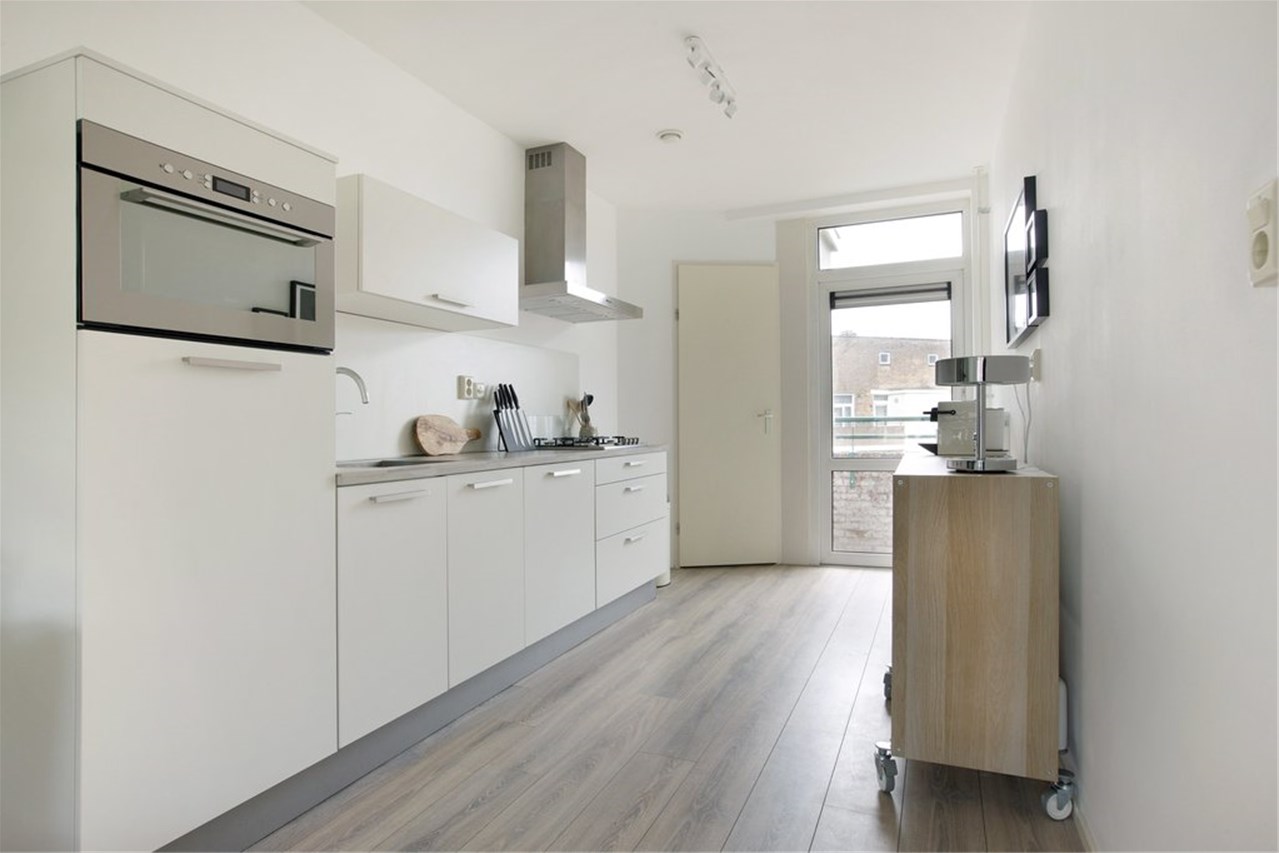 Are you looking for a renovated furnished 1 bedroom apartment in Amsterdam South? This beautiful apartment might be yours! Turn key, we can set up everything very quickly if needed. Public transportation is just a few walking minutes away creating a smooth connection to the city center, Zuidas or Schiphol Airport. The main highways are in close proximity and can be easily reached.

LAY OUT
The building is entered via a secure communal entrance. The apartment is located on the 3rd floor and can be reached via the stairs. The apartment is entered by the hallway which leads to all the rooms in the apartment. The spacious and bright living room has plenty of windows and let in much natural light. The open plan kitchen is equipped with built-in appliances such as a dishwasher, fridge, combi-oven and storage space. Throughout the kitchen you have access to the balcony (5 m2). There is a seperate closet with washing machine and dryer. The renovated bathroom is equipped with a sink, shower and small cabinet.
The bedroom is located at the back side of the apartment. It has a double bed and a build in wardrobe with plenty of storage for your clothes.

On the 4th flour there is a private storage of almost 10 m2.

LOCATION
The apartment is located on a beautiful street in the well-sought-after area of " Old South". It is very centrally located, a few minutes by car from the Ring Amsterdam A10, A4 Schiphol and A2 Utrecht, nearby the Amsterdam Zuid train and metro station, other public transport options (trams and buses) within 250m.

It is a stone's throw from an Albert Heijn XL, the organic supermarket Marqt, several cafes, restaurants and shops on Stadionplein and Beethovenstraat providing many dining and shopping options. The historic Olympic stadium is round the corner, Vondelpark, the lively "Pijp" area full of restaurants and bars, charming Beatrixpark and Museumplein can be reached within a few minutes. There is a diverse selection of international and local schools, multiple sports facilities (swimming, tennis, football, hockey) and lifestyle studios (yoga, Pilates, spinning), in the surrounding area.