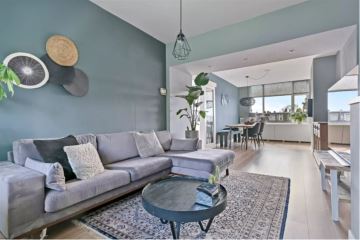 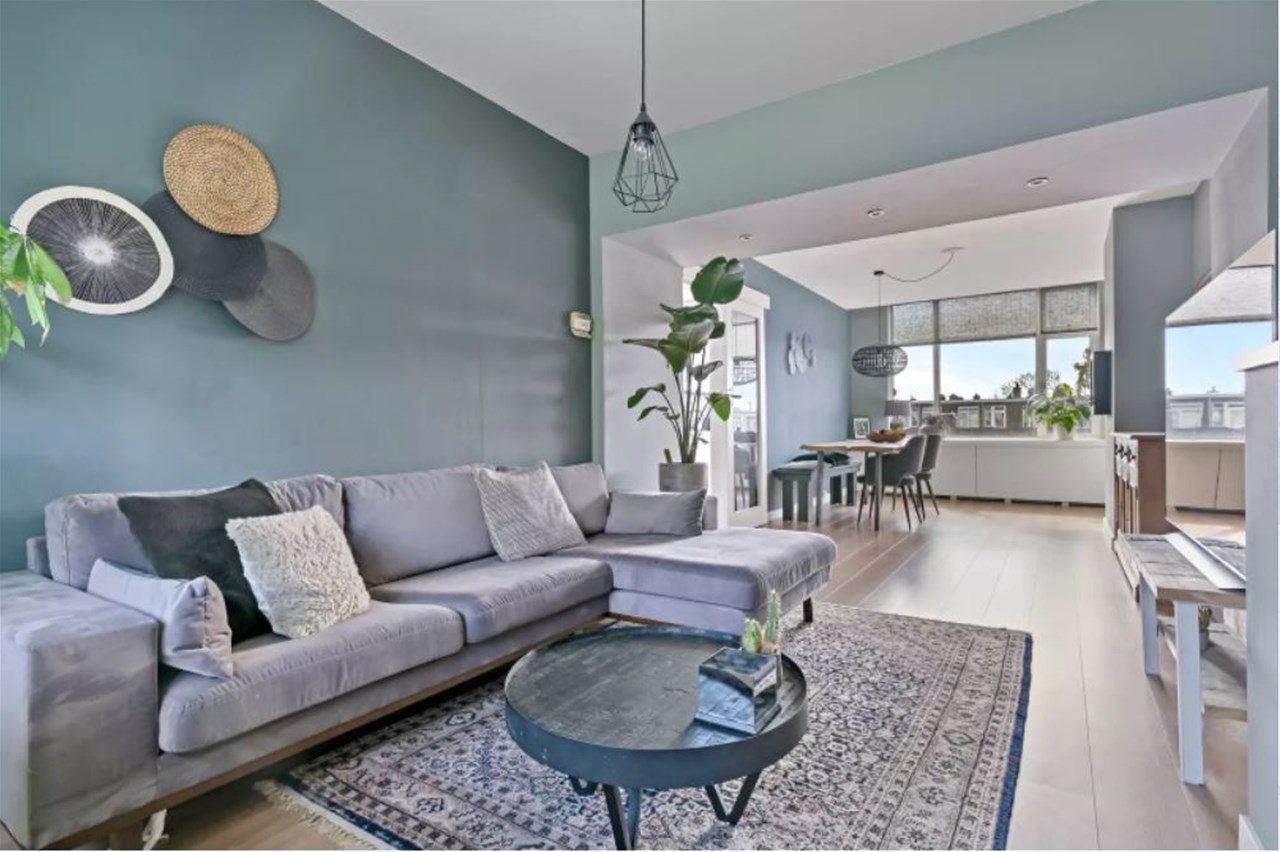 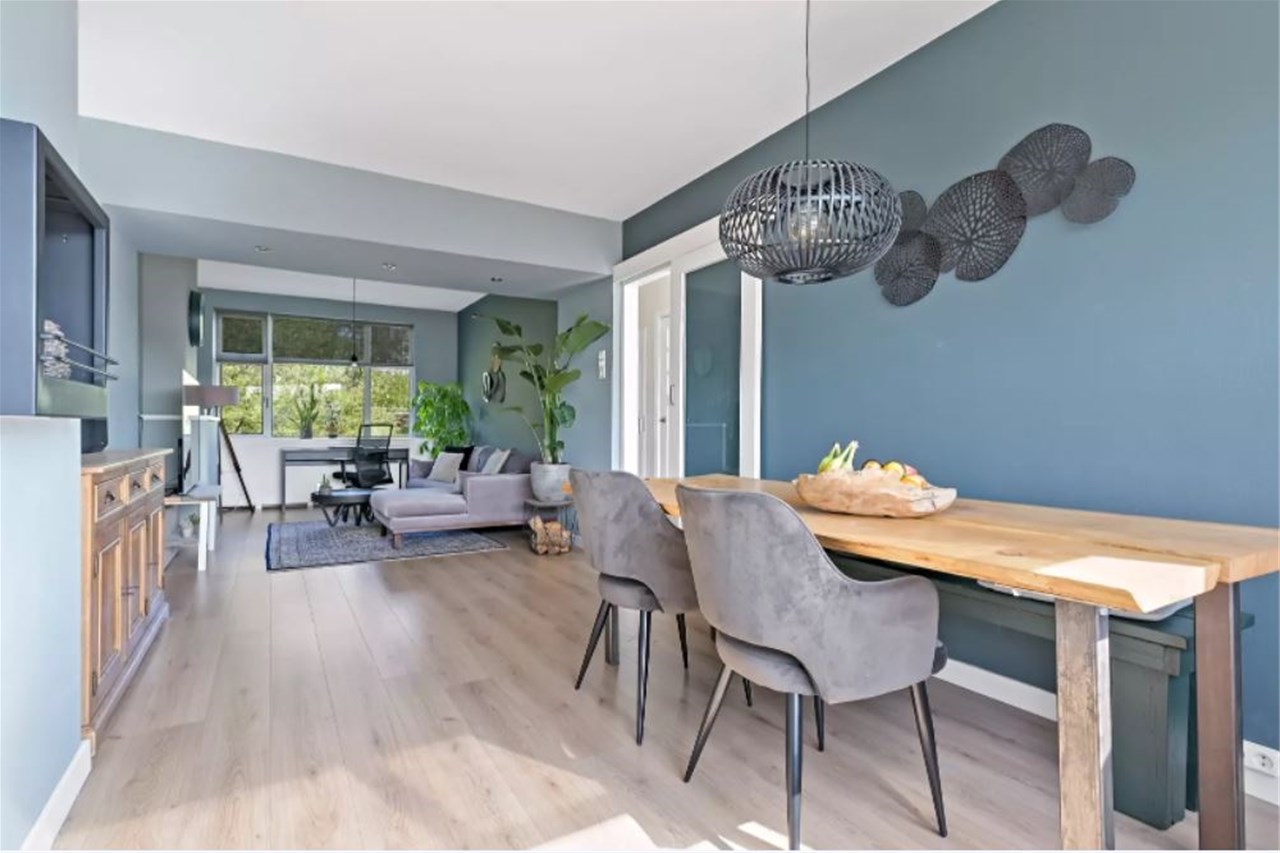 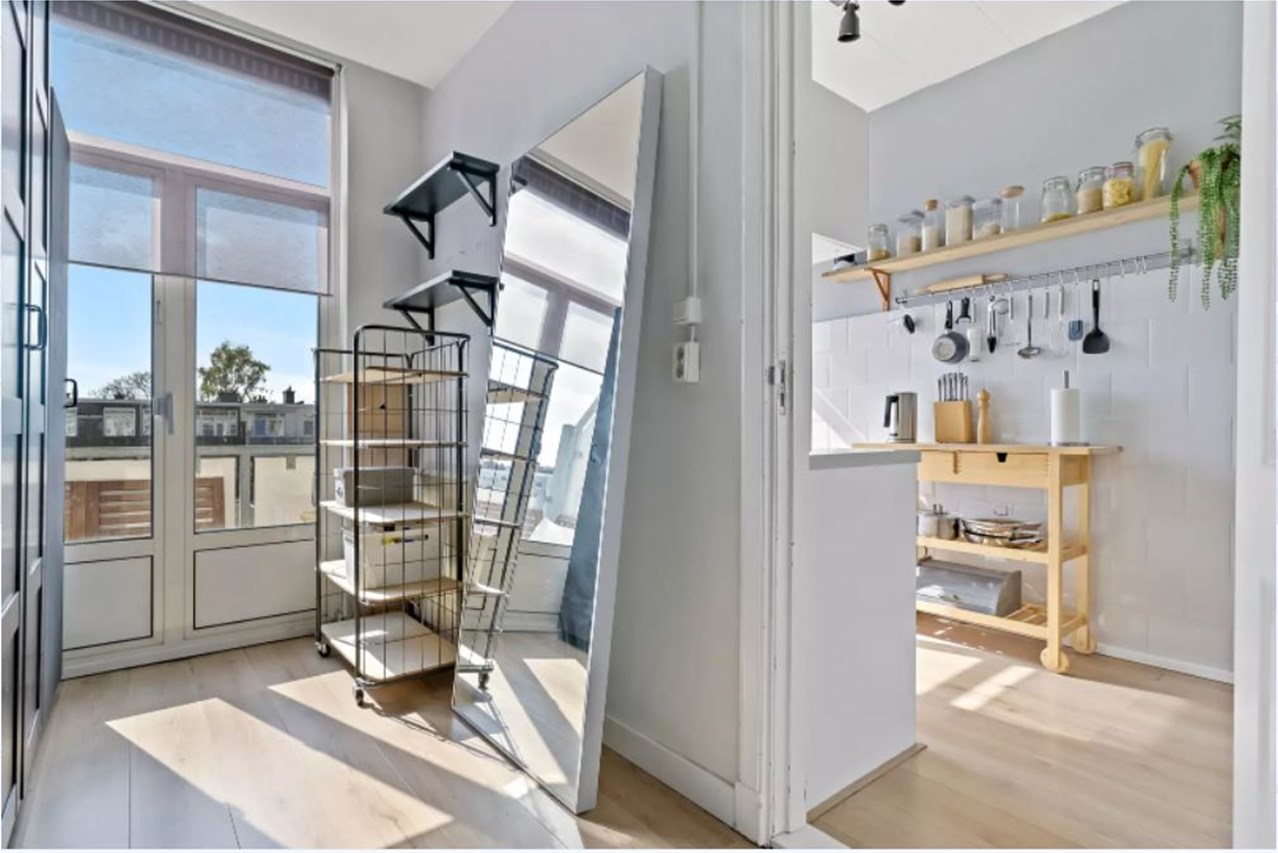 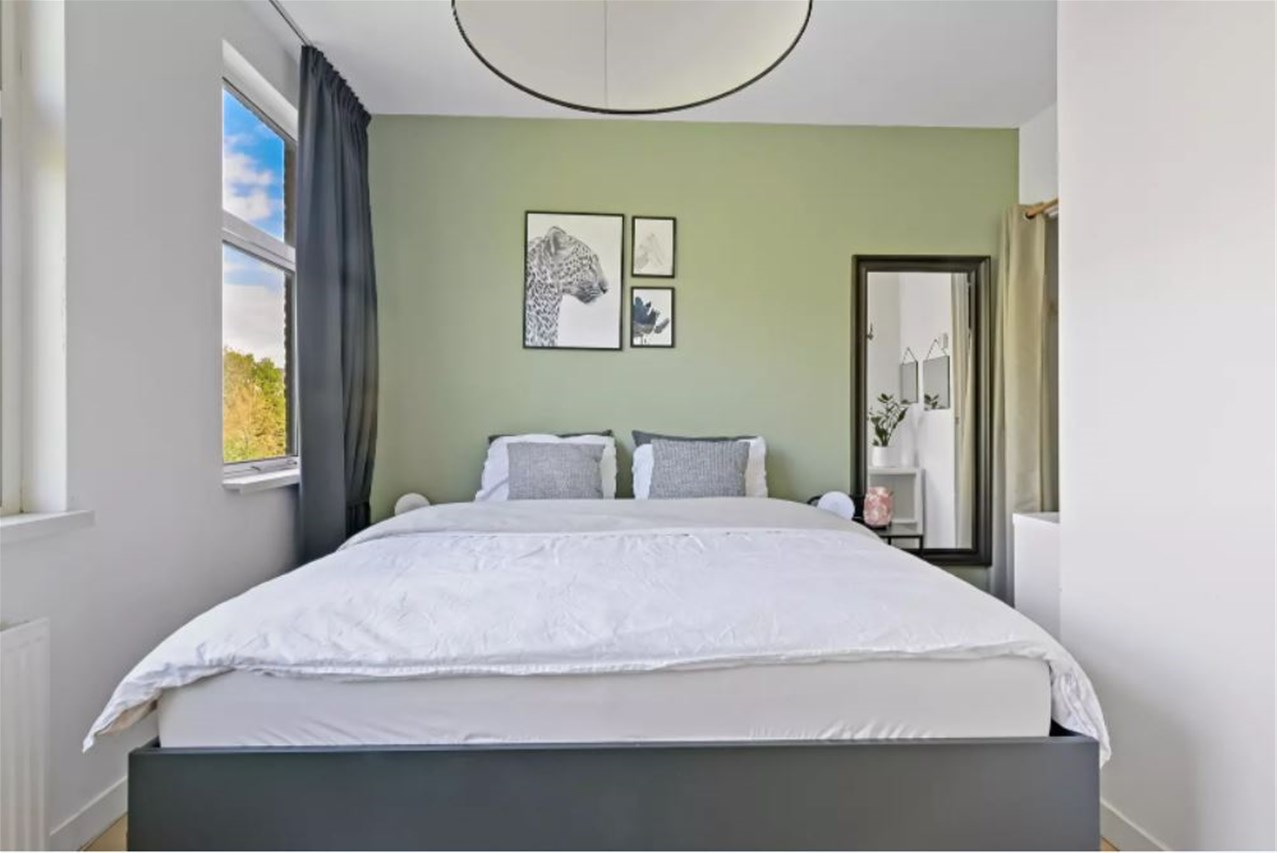 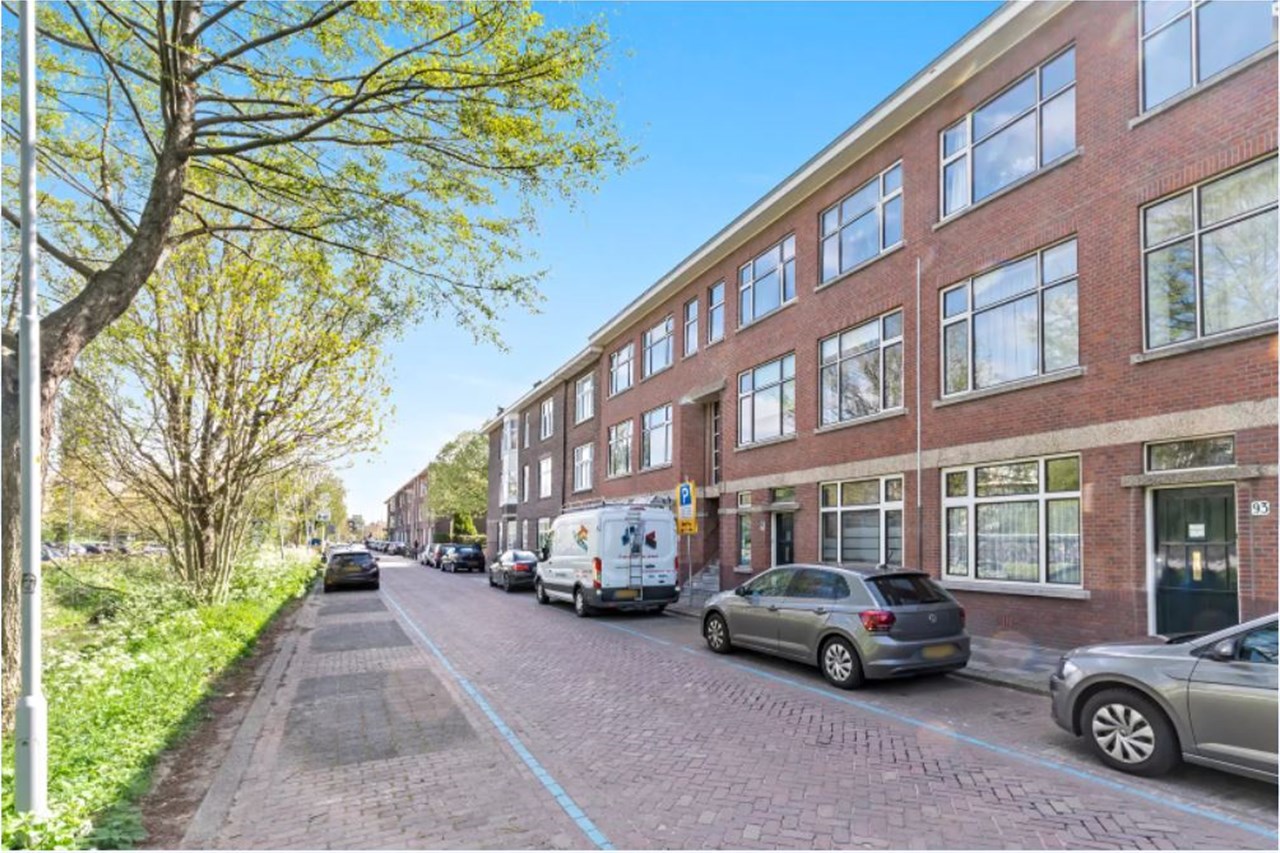 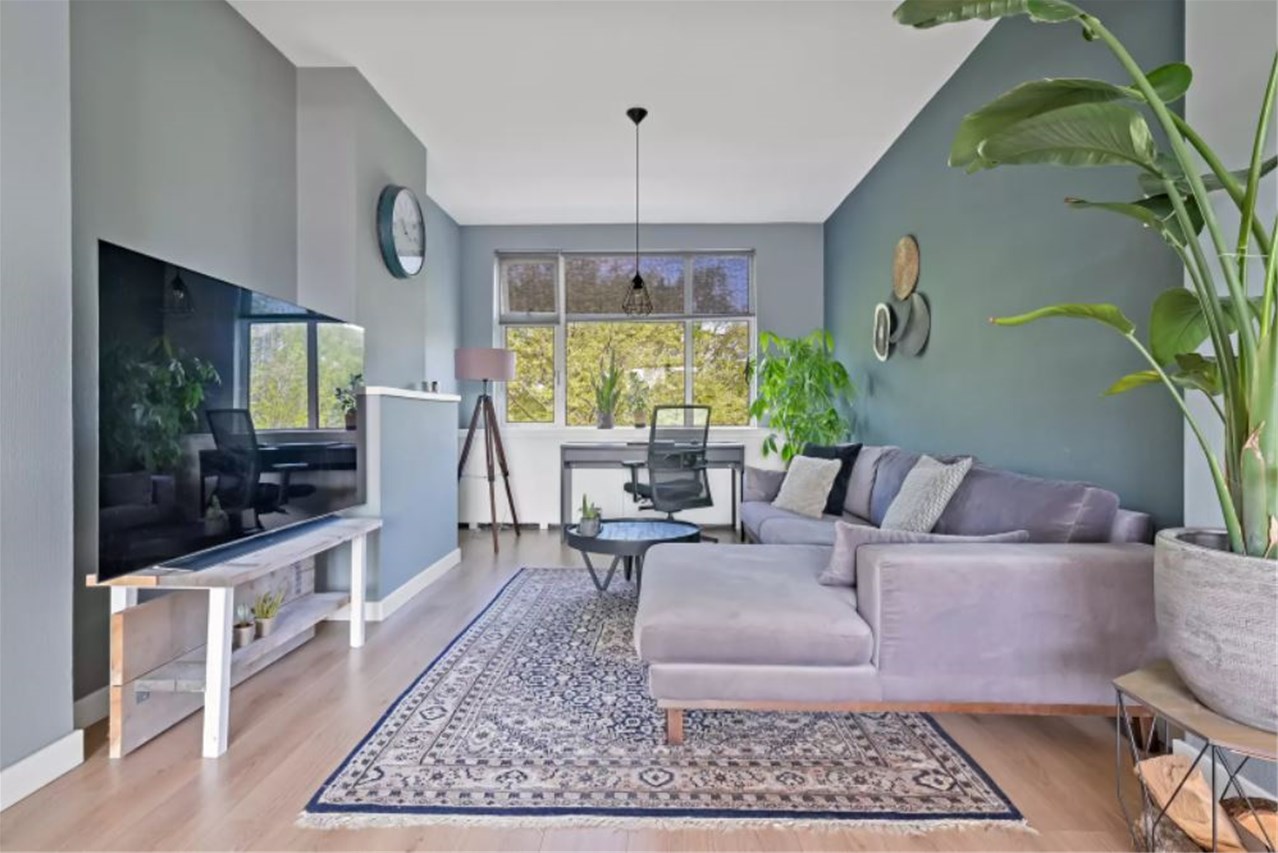 THIS ONE MAKES YOU HAPPY!

Do you want to live beautifully and comfortably in a quiet but very popular street in Voorburg? And also right opposite Laan van NOI station? Then this super nice apartment is really something for you! This recently renovated bright house has a living/dining room, two bedrooms, a practical bathroom and a modern kitchen where you can enjoy yourself as an (amateur) cook. The house has double glazing, trendy colored walls, an ornamental fireplace and it has a lovely balcony (S/E) where you can enjoy the (late) summer sun!

This second floor apartment is super central and conveniently located opposite Laan van NOI NS station (with Randstadrail/train/tram/bus). And is located in the middle of the "Van Arembergelaan" shopping area between (neighborhood) stores such as CUP coffee bar, Blend One bar, bakery, Primera, poulterer, toko, mini supermarket, snack bar and restaurants. The shopping center "De Julianabaan" is within walking distance and shopping center The Mall of the Netherlands and the Hague city Center can be reached within 10 cycling minutes. The apartment is also located within cycling distance of NS station Voorburg and station The Hague Central. And the highways (A12/A4) can be reached within 1 minute. In addition, there are various (play) gardens/parks and the Haagse Bos within walking distance.

Lay-out:
Entrance through open porch, entrance apartment on the first floor, hall with meter cupboard. Internal stairs to the second floor, landing with toilet, bathroom with shower and sink. Living/dining room with a nice decorative fireplace and a view of the greenery and Laan van NOI station. The modern kitchen with various built-in appliances such as a gas stove, extractor hood, refrigerator and dishwasher can be found at the back of the house. From the kitchen access to the first bedroom (with storage cupboard and connection for washing machine/dryer), the sunny balcony (located on S/E) can be reached from the kitchen or bedroom. Second bedroom (master bedroom) at the front of the apartment.

Make an appointment quickly to view!

*This information has been compiled by us with due care. On our part, however, no liability is accepted for any incompleteness, inaccuracy or otherwise, or the consequences thereof. All specified sizes and areas are indicative.
Read full description