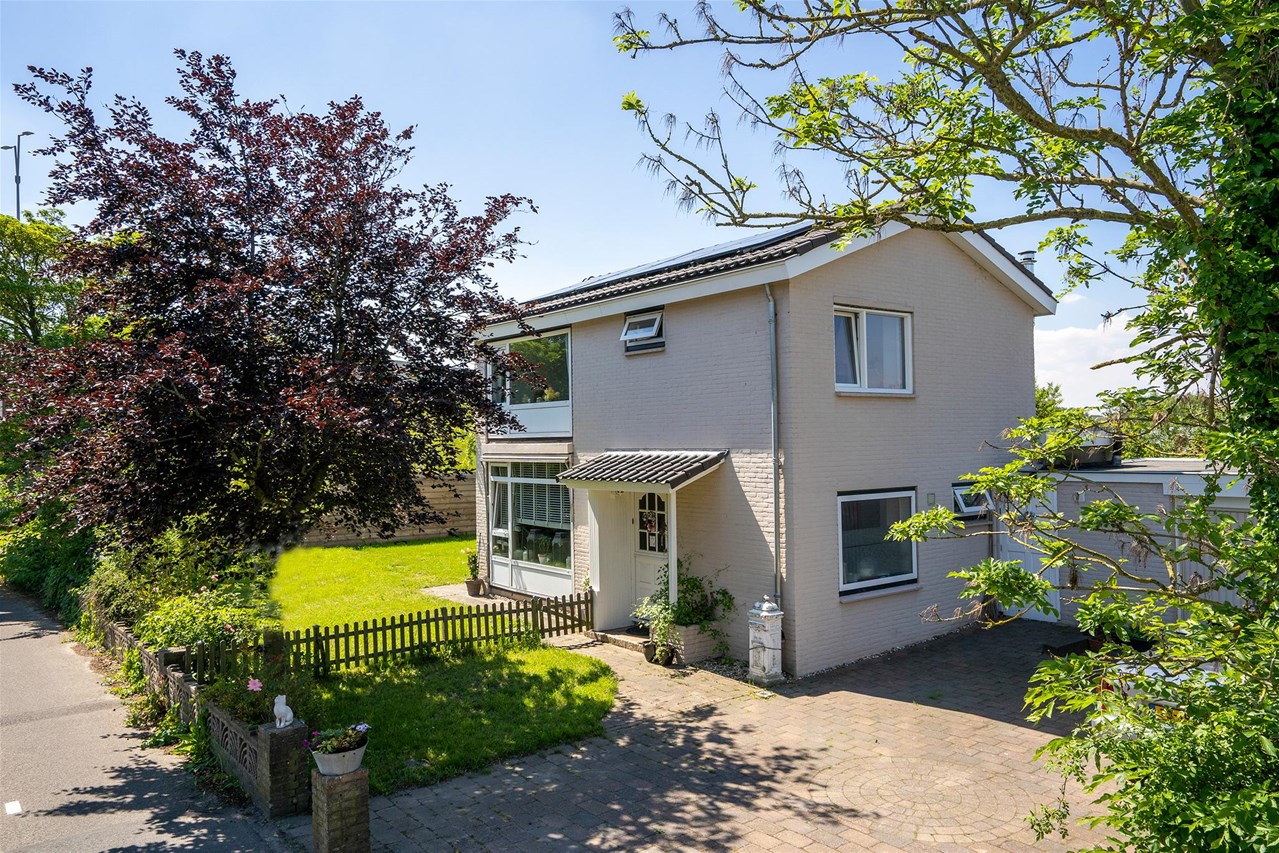 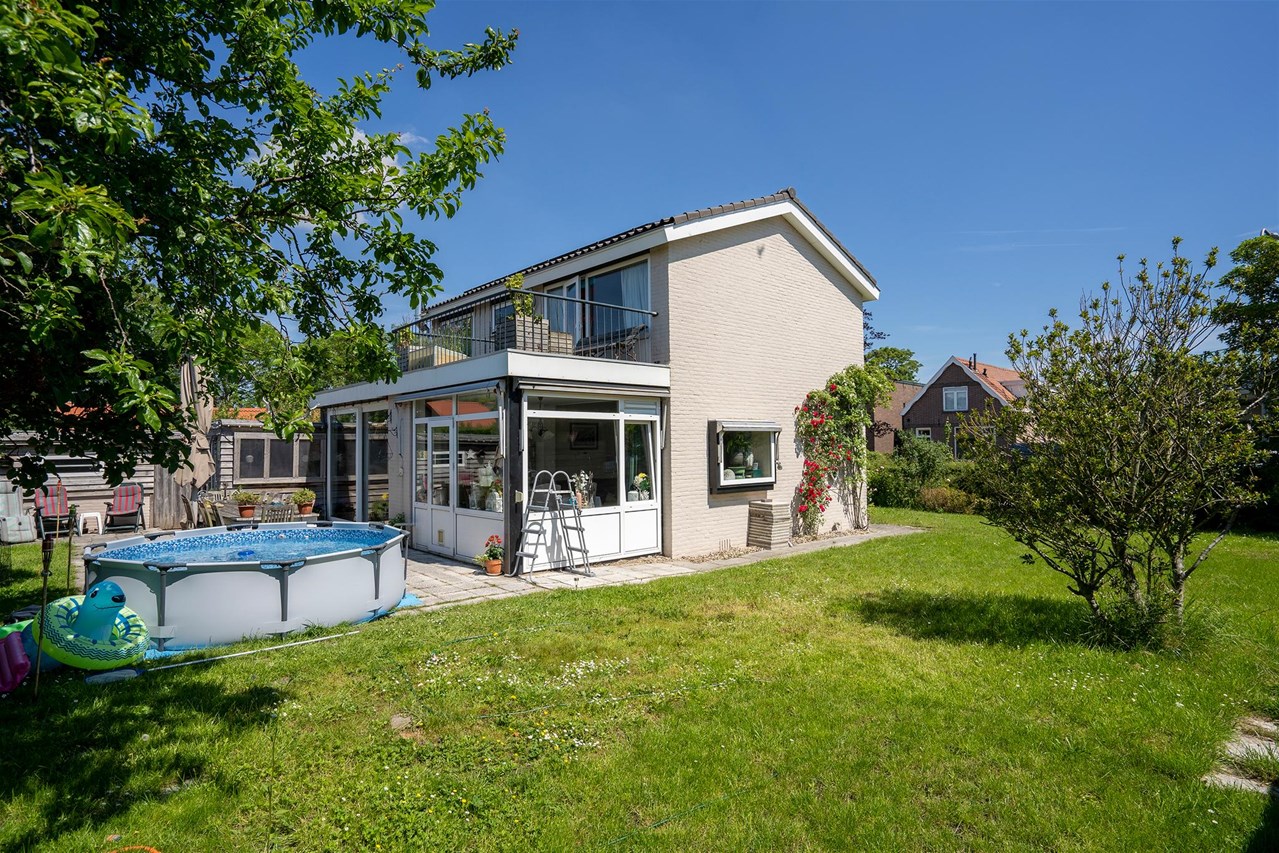 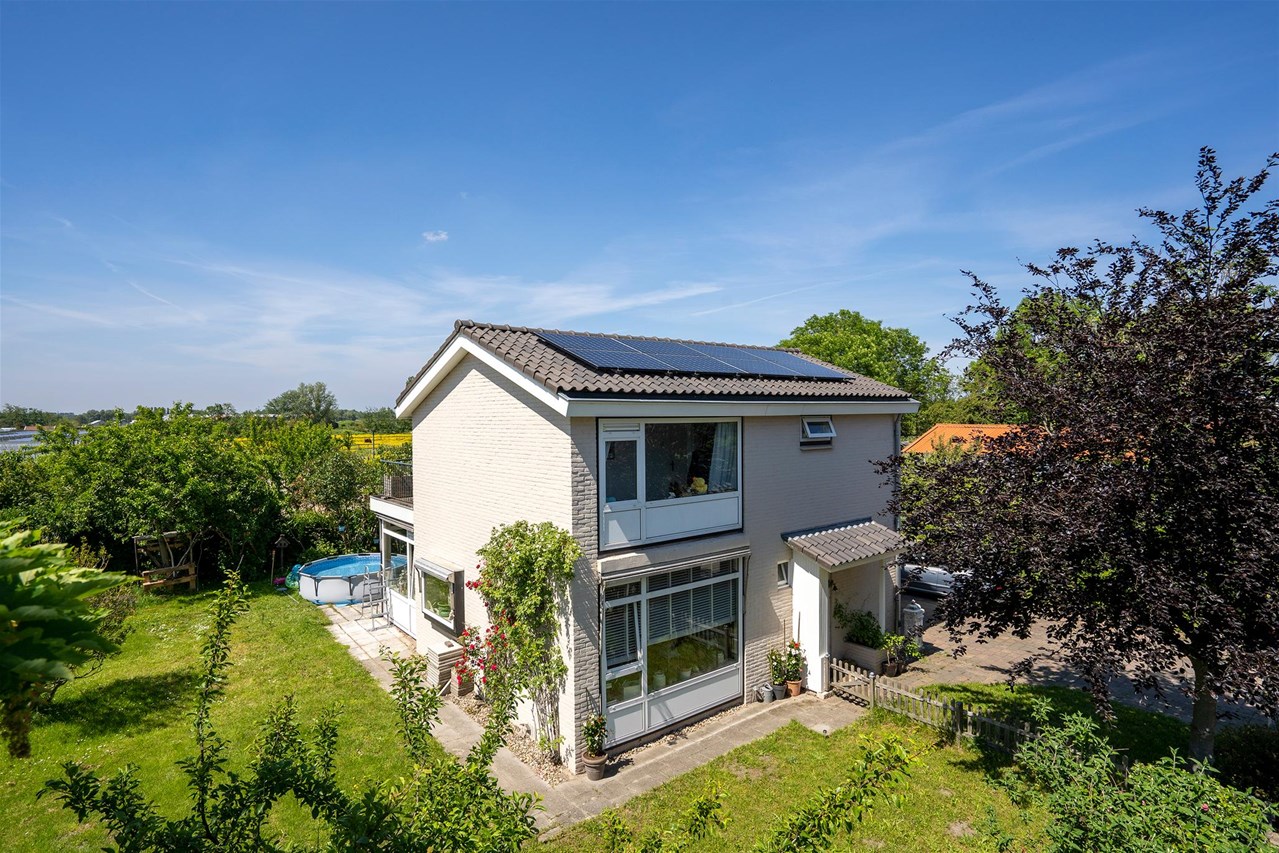 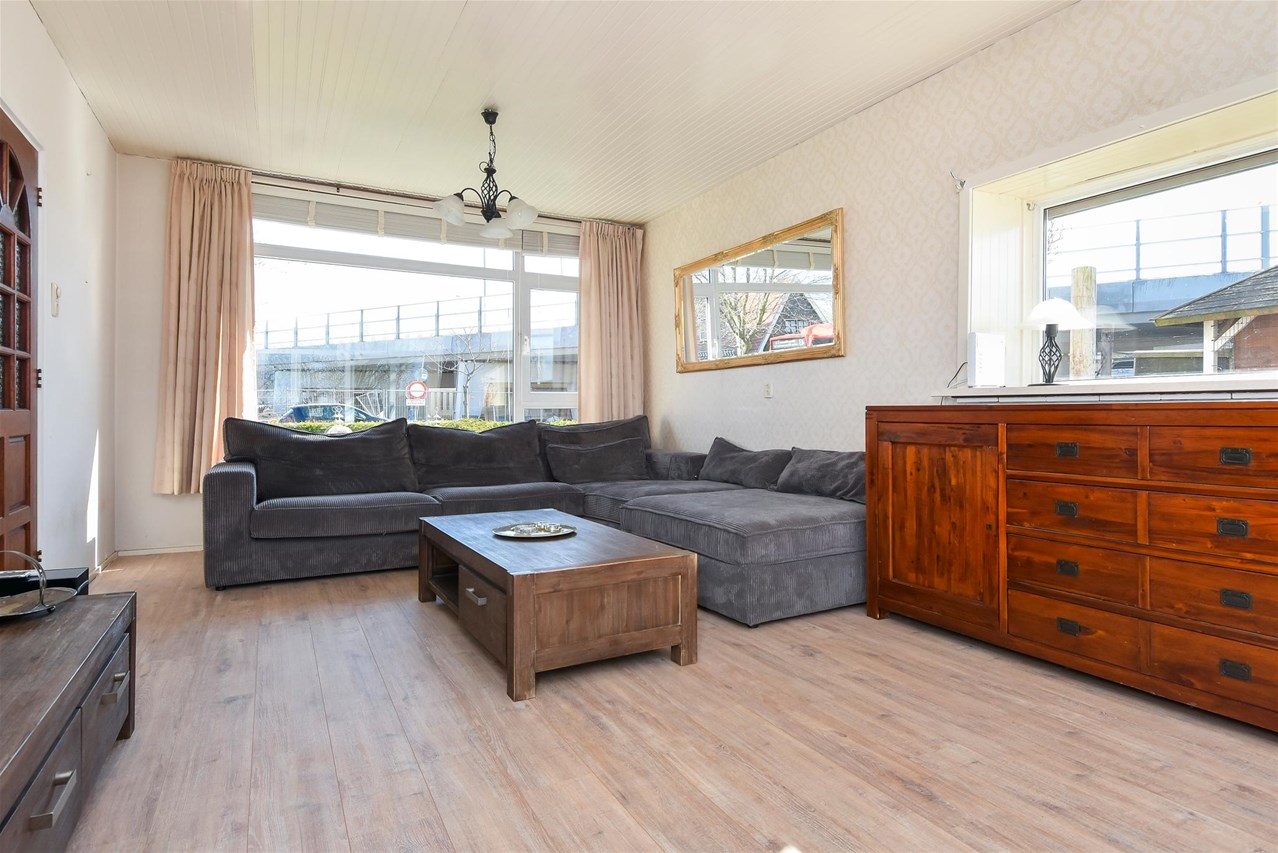 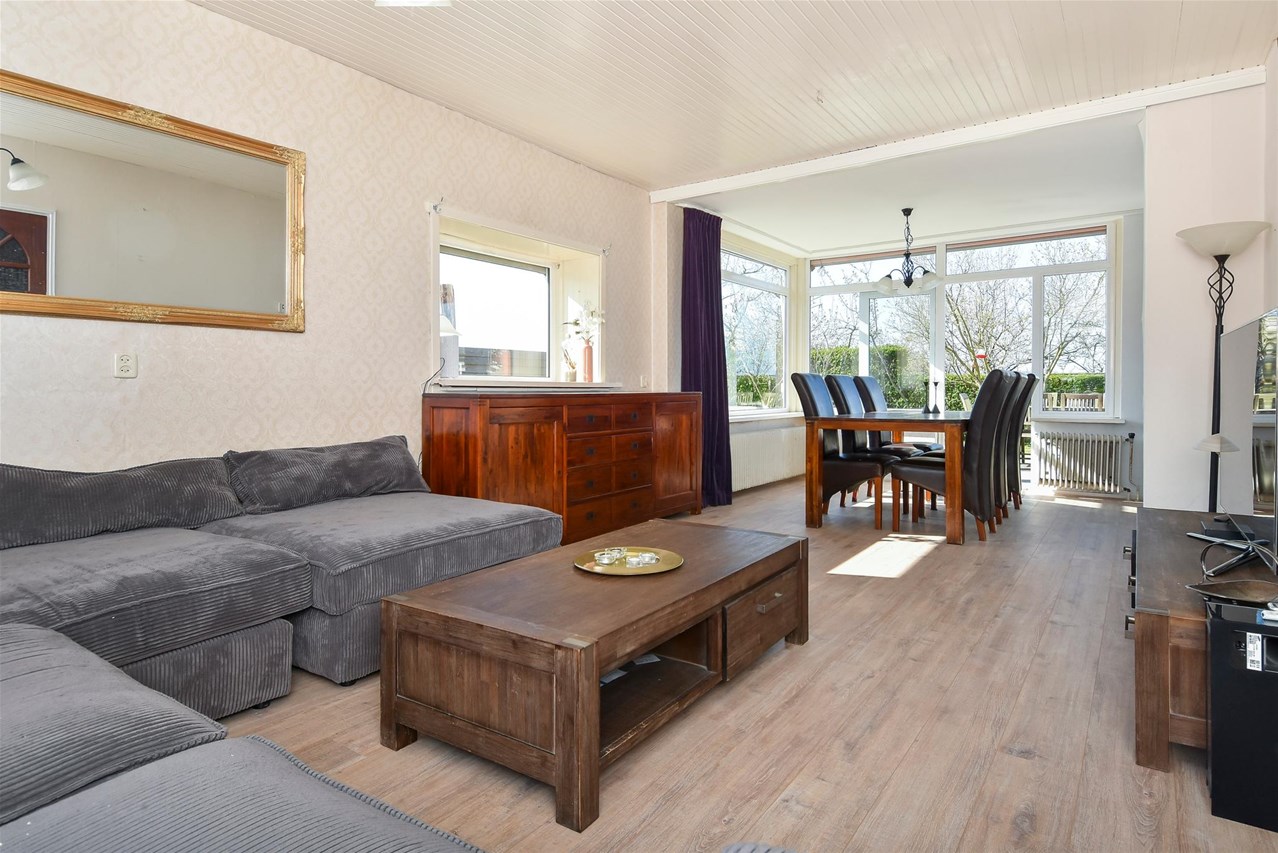 Detached house on a spacious plot with garage, extended living room and 4 bedrooms, in a rural location near the lake "Valkenburgse Meer". Beautiful garden all around, the backyard of which is oriented to the Southwest, with a fantastic view over meadows and the lake. We would like to invite you for a viewing!

Entrance hall with meter and cupboard, bright living room with access to the surrounding garden with wooden shed, dining room with sliding doors to the garden, wood stove and open kitchen, utility room with its own entrance, toilet, space for the washing equipment and access to the garage with remote controlled door;

Valkenburg borders the Rhine river (to the north) and is located closely to the dunes, but also occupies a central position in the Randstad. Both Schiphol and Rotterdam The Hague Airport are within a 30 minutes’ drive. Valkenburg has a rich history. The remains of the Roman fort Praetorium Agrippinae have been elaborately excavated here. Nowadays, you can still find ample proof of this in the village. Along the Torenvlietslaan, you can find a Roman monument that has been donated by the province. This is no surprise, since Valkenburg is known among archaeologists as one of the most investigated archaeological sites in the Netherlands, when it comes to the Roman era.

But that’s not the only thing Valkenburg is known for. Although the naval airfield doesn’t exist anymore, for marines and veterans, this part of Katwijk remains the home base of the Marine Aviation Service.

Apart from this, there is the Nationaal Smalspoormuseum (Narrow-gauge Railway Museum), where renovated narrow-gauge trains are exhibited. If you visit the museum in summer, you can go for a ride along the Valkenburg lake.