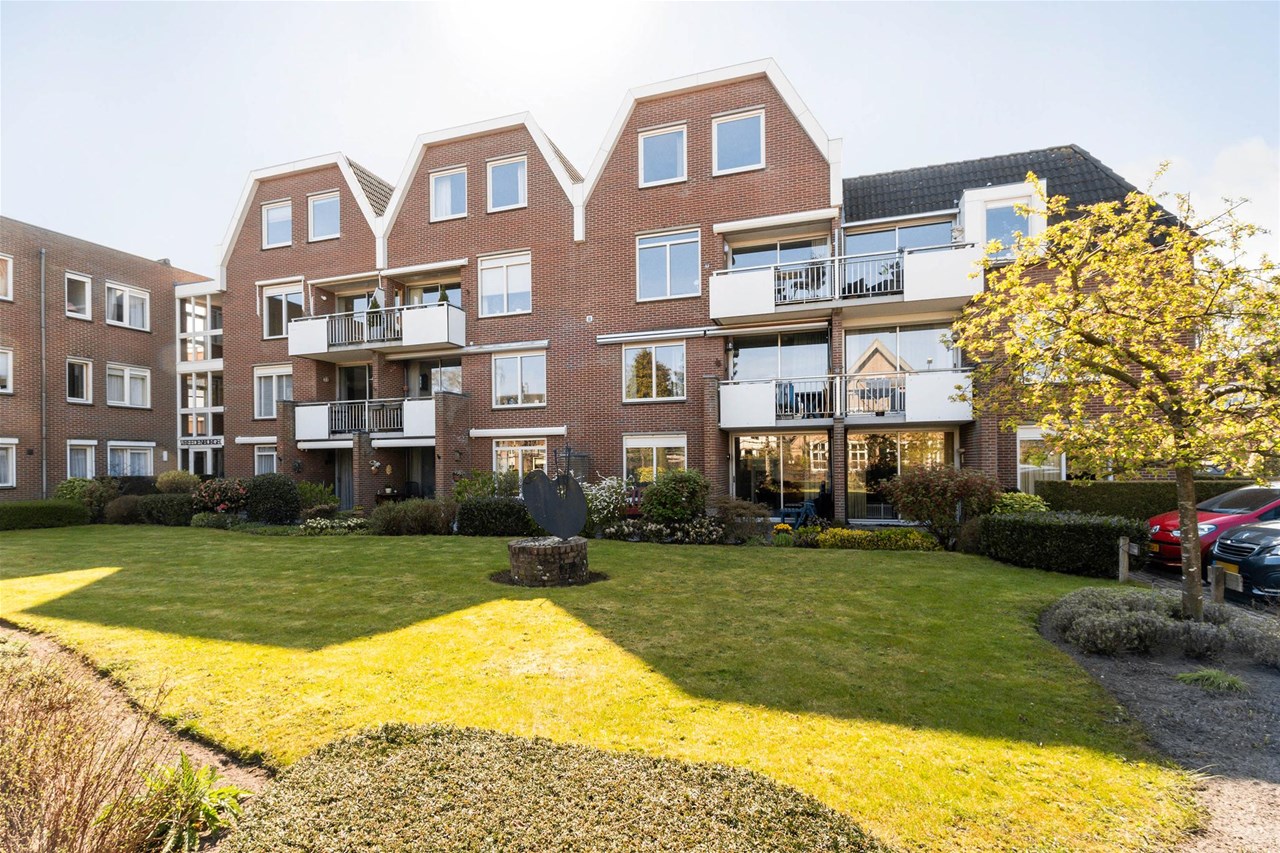 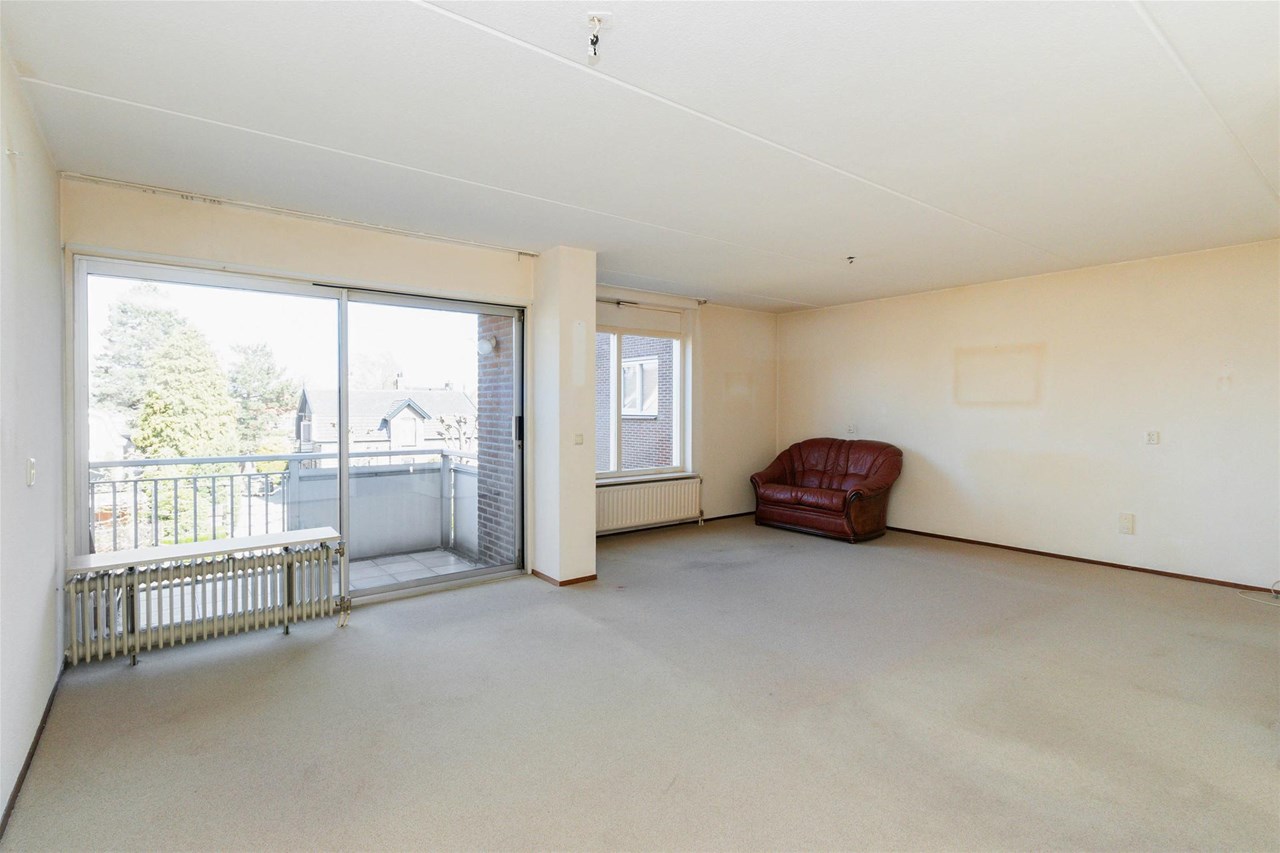 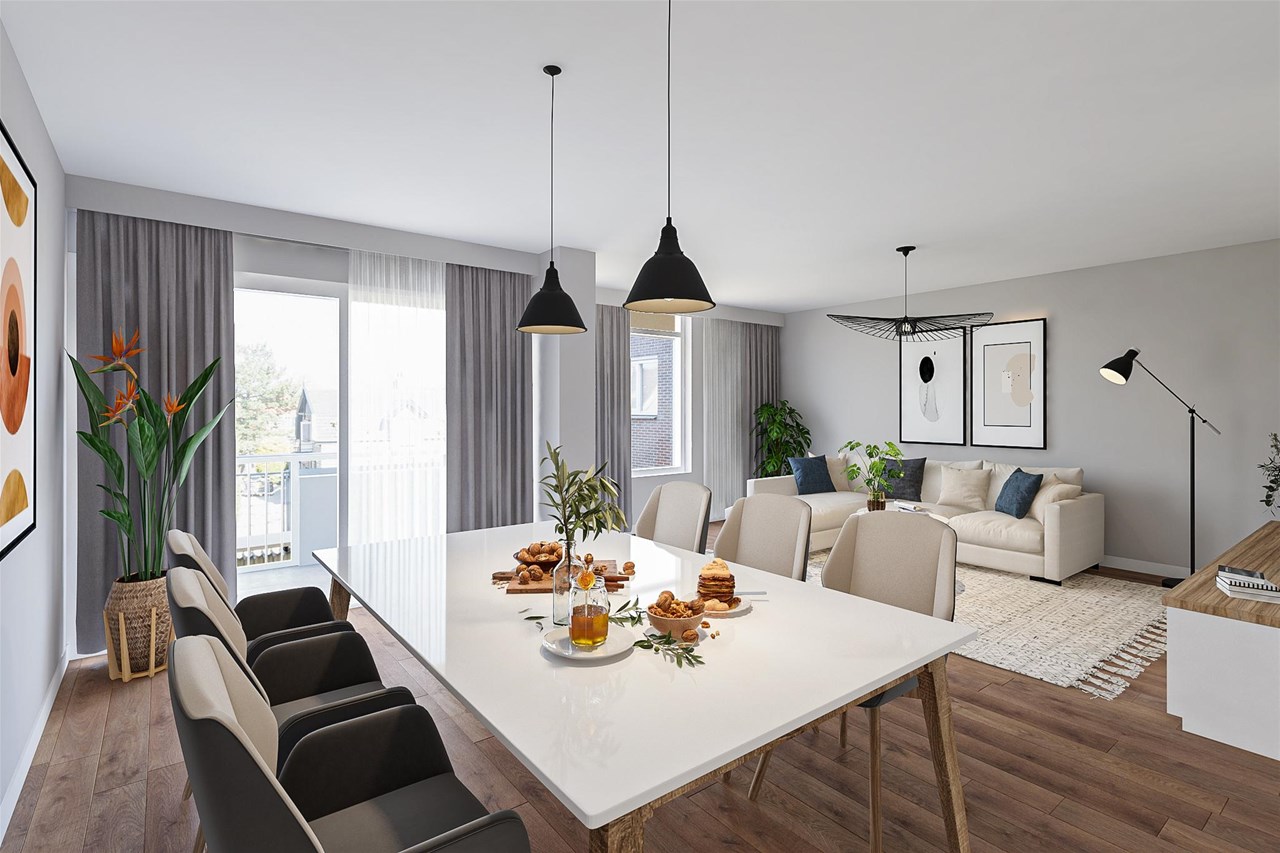 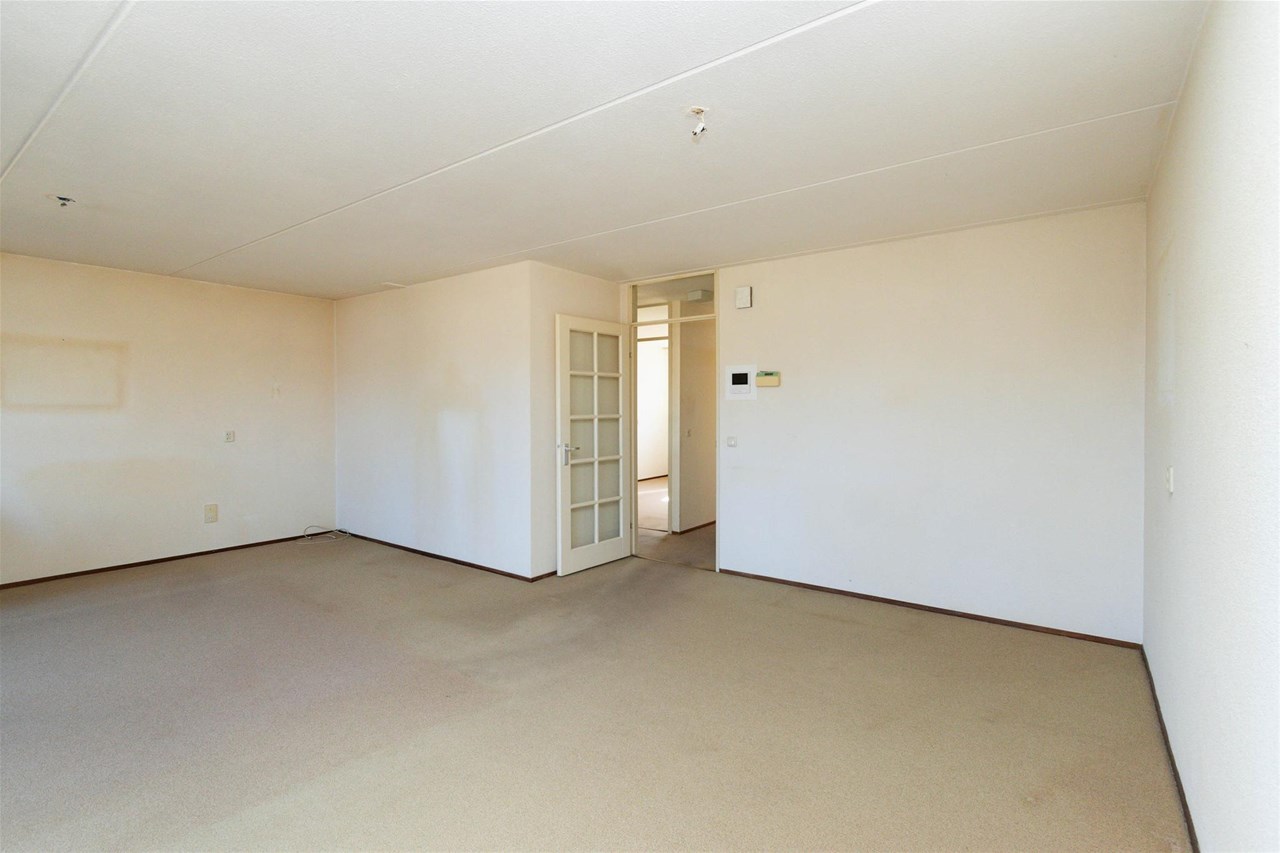 This text has been automatically translated by Google Translate.

IN GENERAL
This spacious 5-room apartment (maisonette) is located on the 3rd and 4th floor of the small-scale apartment complex 'Larendorp', within walking distance of the center of Laren. The apartment has 2 balconies, a storage room and parking on site. The complex is equipped with an elevator. The cozy village of Laren has various shops, restaurants and catering establishments all within walking distance. Various stalls can be found at the weekly market on Fridays. Public transport (bus stop) is on the corner and larger cities such as Amsterdam and Utrecht can be reached within half an hour. Various sports facilities and nature can also be found in the area.

CLASSIFICATION APARTMENT
Entrance hall, large stair cupboard, extra cupboard with central heating and washing connection, toilet with washbasin, the spacious and bright living room has sliding doors to the sunny balcony with beautiful views at the front of the complex. The kitchen, with an L-shaped layout, is located at the rear and is equipped with various equipment. You will also find an extra room on this floor which can be used as a dining room or sleeper.

FIRST FLOOR
The staircase from the hall leads to the spacious landing with access to the three bedrooms, which vary in size, 1 with access to the 2nd balcony. This room also offers access to a walk-in closet / storage room. The bathroom has a shower, toilet and a sink.

STORAGE
In the basement there is a spacious (bicycle) storage room which is equipped with electricity.

GROUND
The grounds at the building are well-organized and offer ample (free) parking.

Laren is a municipality in the district of North Holland in the Gooi area. Laren is one of the most wealthy municipalities in the Netherlands, along with its neighbour Blaricum. Laren is well-known for its history as a late 20th-century art colony, preserved in the museum Singer Laren, as well as its wide array of shops. Laren is part of the Amsterdam metropolitan area, situated to the east of Amsterdam. The municipality is a very quiet and green place. The built-up area is adorned by a host of different architectural styles in a historic setting. The housing stock mainly consists of beautiful detached villas, but there are also semi-detached houses to be found. Laren is a beautiful old village with very nice shops.